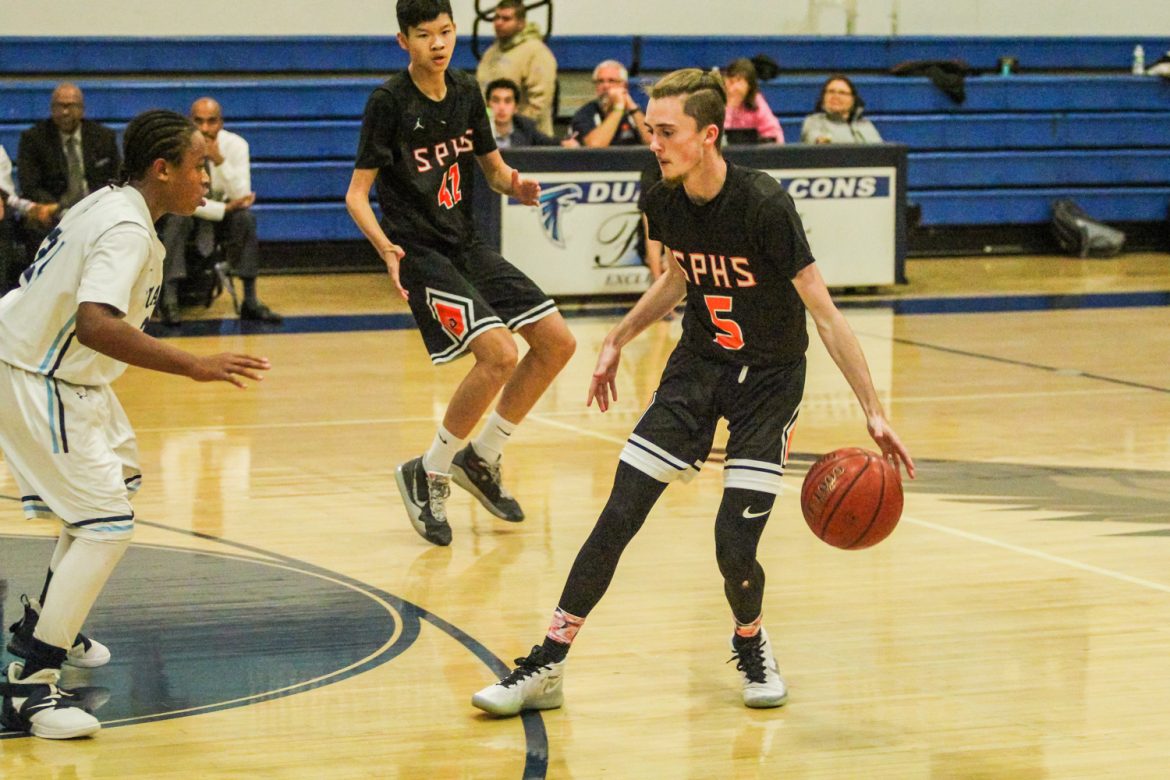 In the previous year, the winter sports produced only two teams with winning records. The preseason is in full swing and the teams are looking to improve upon last season. Tiger‘s sports writers check in on the winter sports’ progress. All information is accurate as of press time.

The Tigers are far from last season’s squad that scored over three goals per match. The team has performed adequately in the preseason, with two wins, three losses, and a draw so far.

Following the loss of many important graduating players last year, South Pas has been unable to finish many of its goal-scoring opportunities, while also struggling with defense tactics and communication. With league competition rapidly approaching, boys soccer must find its offensive rhythm if it hopes to compete for a league championship this season.

Girls soccer has experienced a rocky 2-2-1 start. After a hard-fought 1-0 victory against Polytechnic, South Pas put up a valiant effort in a 3-2 loss against the Division II Oaks Christian. Senior transfer Andrea Castellanos, who put together a hat trick in a 5-2 win over Schurr, has anchored the midfield through her impressive ball control, agility, physicality, and spirit.

The Tigers have also placed their faith in underclassmen like sophomore Ava Dunville and freshman Daniella Lat, who have been crucial for the Tigers defensively and bode well for the program’s future.

Girls basketball nears the end of its preseason, having up and down performances in games and tournaments. Although sophomore Allysan Tse has consistently been the strongest player in every game, the Tigers have dropped eight of their 15 games.

Despite its under .500 record, South Pas has faced some stiff competition; the team has played numerous schools in higher divisions. The experience against stronger rosters will be vital to the Tigers’ attempt to dethrone the reigning Rio Hondo League champions, the La Cañada Spartans.

Starting the season with a nine-game winning streak, the Tigers have exceeded expectations. In the season opener against South El Monte, South Pas earned a 66-62 win behind senior Billy Reed III’s 34 points.

The Tigers also won both the Azusa tournament and Grizzly Classic title; Reed earned the MVP award in both competitions. With the best start in recent memory, they are in perfect position to reach CIF.

The girls and boys teams are in the midst of their preseason, competing in various individual tournaments. Junior Devin Peries has consistently placed on the podium in the 160 pound weight class, earning first at Costa Mesa and second at Mater Dei.

For the girls, fellow junior Roxanne Lynch has performed well, placing fourth in her last tournament at San Fernando. The teams will compete in three more weekend tournaments before heading into league play, starting against rival San Marino on Thursday, Jan. 9.

The girls water polo season began with a rough start, as they only have two returning starters — senior Krystal Lee and junior Amanda Kanaly — to guide the team. However, after suffering two losses to a talented Notre Dame team, the Tigers bounced back with a 12-5 win against Hoover.

Freshman Grace Markus, who has scored eight goals, has emerged as another offensive threat alongside Kanaly. South Pas is currently competing Villa Park tournament, before playing in its first league game at Temple City on Tuesday, Jan. 7.