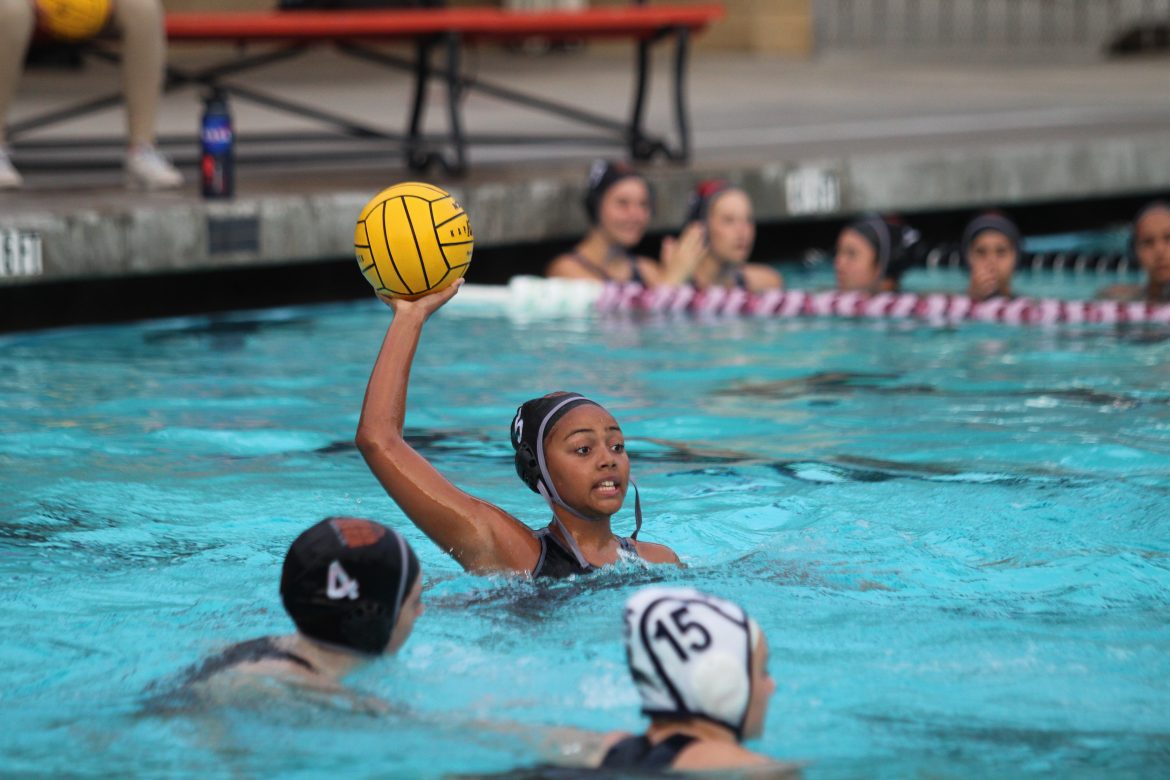 Typically a strong team, the Knights easily defeated the Tigers. However, South Pas has an opportunity to get its season back on track on Wednesday, Dec. 11, against Hoover.

Girls varsity water polo attempted to redeem themselves against Notre Dame after losing to the Knights last month, but fell, 17-7, on Tuesday, Dec. 10.

The Knights sprinted out to an early 6-0 lead and never looked back. The Tigers attempted to fight back in the second period, closing the gap to five points, but a scoreless third quarter sealed South Pas’ fate.

Early in the game, in a span of three minutes, the Knights swept past the Tigers’ weak defense and scored four goals. The Tigers’ teamwork showed many flaws, with lack of communication and inaccurate, short passes. With turnover after turnover, most attempts to score were unsuccessful and the first quarter ended 6-0, with Notre Dame in the lead.

In stark contrast to the first quarter, the Tigers presented a burst of energy in the next period. Throughout the second, senior keeper Krystal Lee steadily kept her eyes on the ball, blocking numerous shots and halting the Knights’ consistent pace of scoring.

As she swam closer to the goal, Kanaly barrelled her way to the goal and slammed a shot into the net. Junior Piper Fleming capped off the second quarter with another score late in the quarter and the Tigers entered halftime only trailing, 9-4.

In the second half, junior Gloria Gray took Lee’s position in goal. Even with the sudden change in goalies, the team still showed a strong defense line. The Knights aimed strong strikes and powerful shots at Gray, but with the help of Kanaly, the Tigers were able to swiftly block the Knights’ scoring.

Although the Tigers were unable to score in the third quarter, they mounted a mini-run in the fourth. Sophomore Sophia Pierce took the late game opportunity to strike the ball under the goalie’s left arm. With two minutes left, senior Kili Dickinson and sophomore Lauren Calderon joined the scoring momentum and added two points to the scoreboard. Notre Dame comfortably earned a 17-7 victory.

“We are definitely going to use this game as a learning experience,” Kanaly said. “Whether we win or lose, we always gain a lot of good experience and motivation to improve on our skills and adapt to a variety of situations.”

The Tigers will face the Hoover Tornadoes tomorrow, Wednesday, Dec. 11, in a home game at 3:30 p.m.