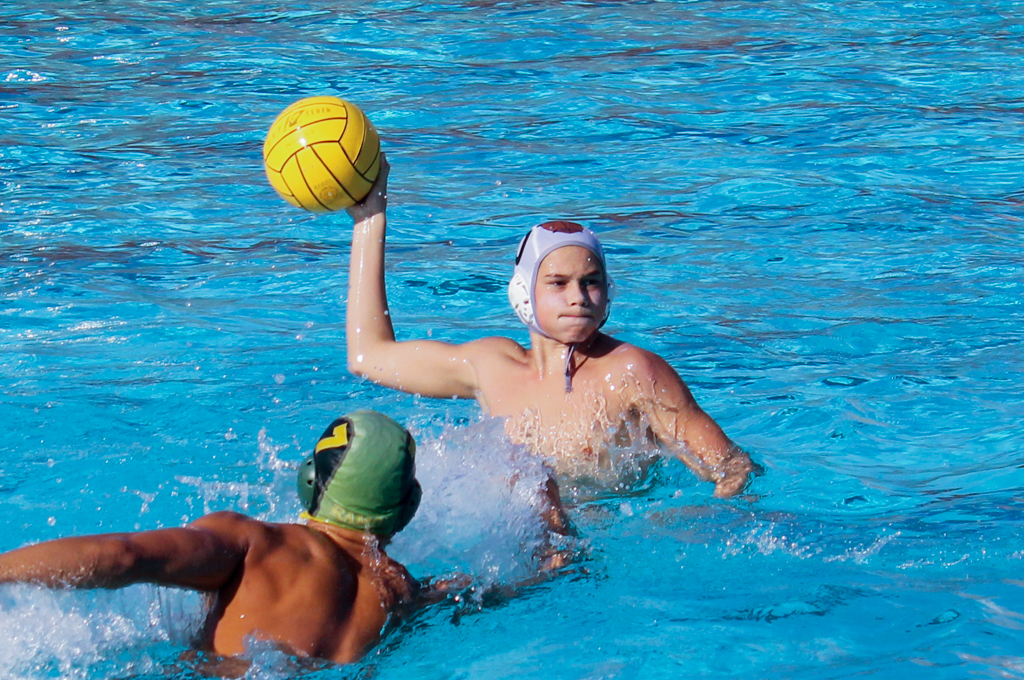 Boys Water Polo stumbled against the Temple City Rams on Tuesday, Oct. 4. with a final score of 16-2. The Tigers held a steady defense at the start, but fumbled towards the end of the game.

The Tigers began with an explosive pass by taking the ball at the drop, but the Rams blocked an attempted pass from sophomore Kenta Fernandes. Temple City began their offense with a shot at the South Pas goal but it was blocked but senior goalie Alex Ahmed. The first goal of the game was scored by Temple City after a series of solid passes. The Rams went on a run and scored five goals, penetrating the Tigers’ defense each time. Down 6-0, South Pas called a timeout to try to step up their offense. Sophomore Theo Hilger scored the first goal for the Tigers, shooting past the Rams’ defense. The first period ended with South Pas trailing 6-1.

The second half started off with a grapple for the ball between a Temple City player and sophomore Jackson Wingard. Wingard eventually got the ball away from the Rams and threw it in Fernandes’ direction, but the pass was too far. The Rams seized the ball and scored their eighth goal. The second period also earned the Tigers a five-meter call for junior Kyler Ho who took an aggressive shot, but was blocked by the Temple City goalie. With less than two seconds remaining, senior captain Zack Quezada made a last ditch effort to score a goal for the Tigers but he was blocked by a Rams player. The period ended with a score of 10-1.

South Pas made a goalie switch during the halftime break to substitute Ahmed with Quezada. The Rams made several key plays that awarded them five more points. Quezada prevented many shots from Temple City but South Pas was not able to catch up to the Rams’ 14-point lead. Attempted goals from the Tigers were blocked by the Rams which concluded the third quarter at 15-1.

The fourth and final period brought back Ahmed as the goalie for the Tigers. After a missed shot from Temple City, the Rams threw the ball to the corner of the pool to buy time and keep their lead over the Tigers. Ahmed chased down the ball and passed it to Fernandes who shot the ball but was blocked by the Rams. In the closing seconds of the game, Ho scored the second and final goal for South Pas, which ended the game at 16-2.

“We [are] a really young team and we are developing and getting better and we played against a really senior-heavy Temple City team.” Coach Lindsey Garcia said, “We are improving every day and we [are] getting better every day. The boys fought hard to the very end.”

The Tigers will face the La Cañada Spartans at home on Tuesday, Oct. 11.