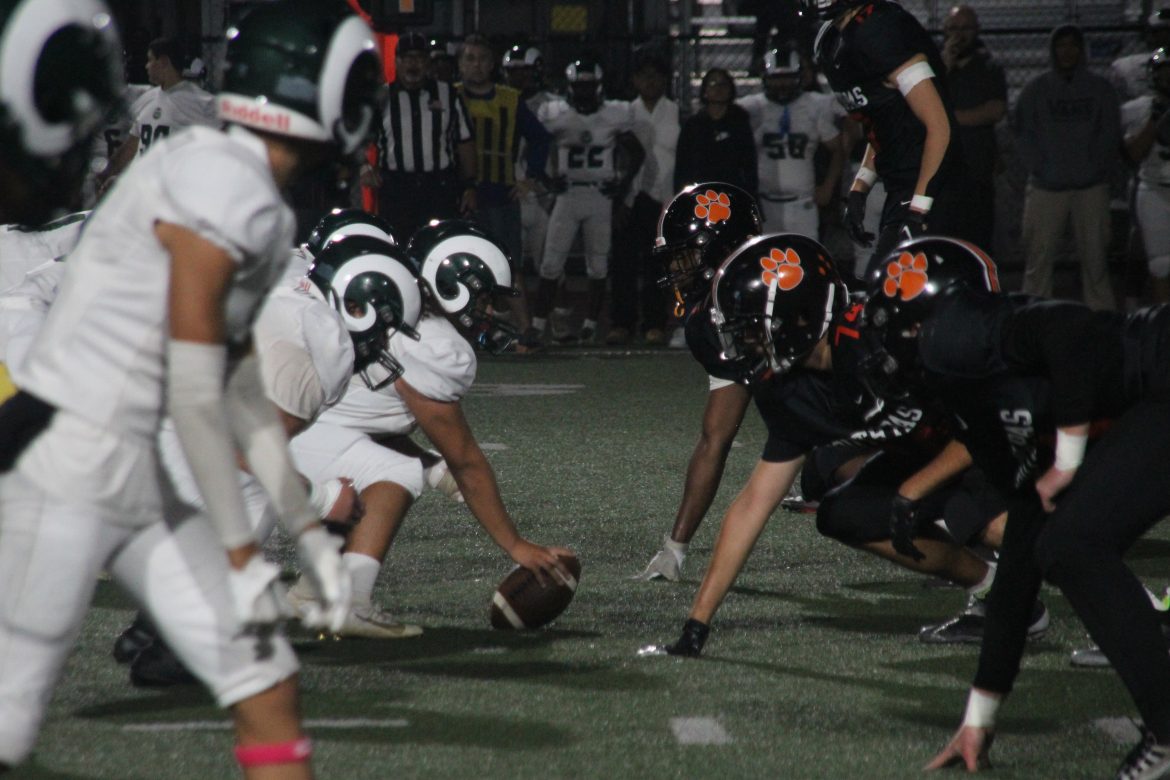 Football pummeled the Temple City Rams 56-0 on Friday, Oct. 7, delivering an electric performance on senior night and the homecoming game. Before the game, the six pep seniors and 15 football seniors were awarded flowers and took a picture with parents and siblings in front of the SPHS sign. When the game began, South Pas did not disappoint.

The Tigers came out firing on all cylinders. The effort started on defense, where senior defensive tackle Dylan Feak and junior defensive end Sawyer Fox set the tone with strong tackles. Junior linebacker Giovanni Cruz batted down a pass on the third down and forced Temple City to punt. The Tigers overwhelmed the Rams on special teams as well, with senior linebacker Quinn Sterling blocking the punt and senior running back Matthew Takasugi coming up with the recovery. The Tigers would capitalize with a touchdown run by junior running back Jason Hong.

On the next Temple City drive, junior cornerback Harrison Farley broke up a pass and the Rams were forced to attempt a fourth down. In a heave of desperation, the quarterback’s pass fell incomplete and Temple City turned the ball over on downs.

The Tigers next drive looked promising, but senior quarterback Jackson Freking and the offense found themselves in a fourth down situation. Freking targeted senior wide receiver Richard Conti at the back of the end zone in tight coverage, but the pass was broken up.

Takasugi tackled Temple City’s running back when South Pas returned to defense while Sterling and junior cornerback Luke Riffle converged to knock the ball away from a Rams wide receiver. Already in an early deficit, Temple City continued their aggression and attempted a fourth down conversion. An incomplete pass later and the Rams turned the ball over to the Tigers.

Deep in Temple City territory, Hong blazed down the sideline for significant yardage. Hong then finished the drive with a touchdown, extending the South Pas lead to 14-0 midway through the first quarter.

The Tigers’ dominance was on display for the next sequence. Senior cornerback Jason Yipp intercepted a pass, which was followed by a touchdown on the very next play. Freking connected with a wide-open Conti in the end zone, and the Tigers took a 21-0 lead. The crowd, a sea of black in the student section of Solari Stadium, erupted.

Temple City would turn the ball over on downs once again, getting themselves into unfavorable situations with low-probability passes early on second and third down. On a 4th & 10 play, senior linebacker Nick Eshom flew in for a sack.

South Pas extended its lead in the second quarter on a Hong touchdown run. On defense, sophomore defensive end James Dowd shut down the Rams drive, and Tigers scored again once they gained possession. Hong capped off his unstoppable showing with his fourth and final touchdown of the night.

The Rams regained possession and immediately fumbled. Junior linebacker Mitchell Westlake picked up the football and returned it to the end zone for a touchdown. The final points of the first half belonged to the Tigers. Heading into halftime, South Pas led 49-0.

Dance put on their color day performance which was followed by the band’s final halftime show of the year. followed by the announcements of the royal Tigers across all four grades. Senior Tyra Williams was crowned the most royal tiger out of the three senior candidates which was then proceeded with a firework show. 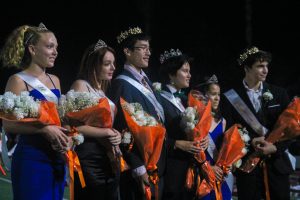 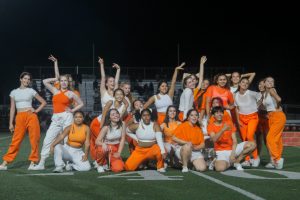 The mid-game festivities died down and action resumed with South Pas leading by nearly 50 points. At this point in the game, head coach Jeff Chi substituted his backups, putting sophomore Zachary Lee in at quarterback and sophomore David Ortega at running back. Sophomore cornerback David Eisenberg delivered an interception in his first varsity game.

The Tigers would add on a final touchdown and win by a final score of 56-0.

South Pas picked up its first league win behind a suffocating defensive performance. With four interceptions and two sacks, the Tigers were able to prevent the Rams from developing any sense of an offensive identity. Freking, Hong, and Conti, the trio that has shredded defenses all year, showed up against Temple City.

The Tigers will look for another league victory next week, going on the road to face the La Cañada Spartans on Friday, Oct. 14.