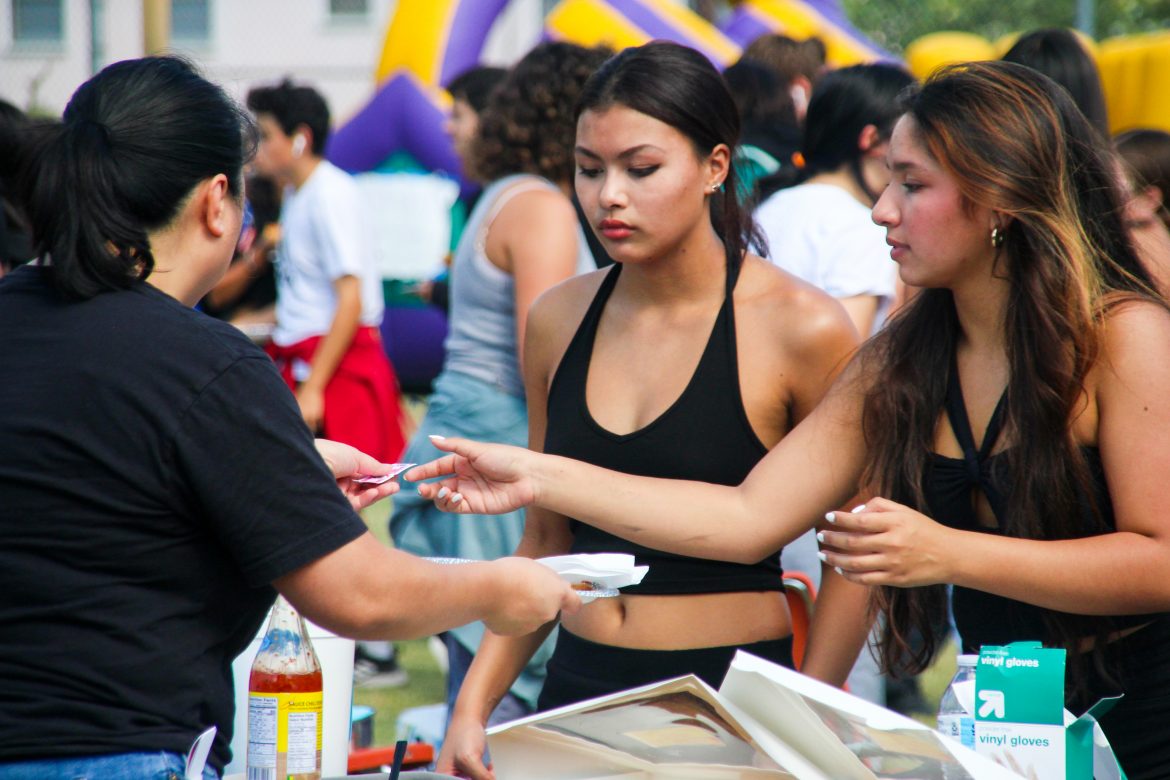 Students gather together to enjoy various foods and activities at the annual SPHS Homecoming Picnic.

Students crowded the fields of SPHS for the annual Homecoming Picnic before the Starry Night Homecoming dance taking place on Saturday, Oct. 7.

Club officers arrived at 7:00 a.m. to begin setting up for the event. Setup included transporting and preparing tables for booths, food precaution, among many other things. Working in tandem with ASB, club officers worked together to create the layout of the event.

Booth workers were let out of sixth period class early, and the picnic began at 1:15 p.m. and ended at 2:45 p.m. The tradition of clubs selling foods and drinks for students continued, followed by an expansion of new wares and items. Items included the dance team’s continuation of their annual spam musubi booth while the sewing club sold tote bags and shirts for 20 tickets that were handmade by the officers and the club members.

The planning and organization of the event was spearheaded by Commissioner of Clubs senior Stephanie Law.

“Planning the Homecoming Picnic meant weekly meetings with our committee and coordinating with the club officers,” Law said. “By surveying what each club wanted to sell, I was able to establish different items being sold from each club. The diversity of booths in terms of food and others was very prevalent.” 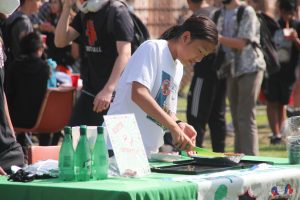 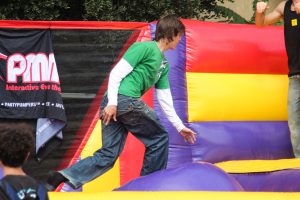 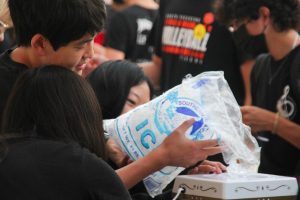 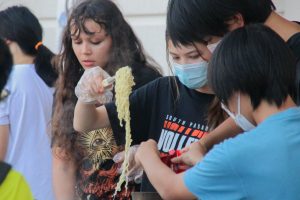 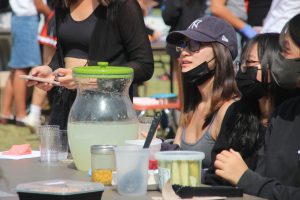 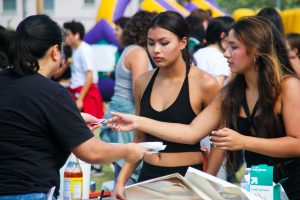 A new addition to this year’s Homecoming Picnic was the inclusion of a menu presenting the varied items being sold by clubs. As part of the publicity for the event, the committee in planning worked to coordinate and communicate with the clubs that were involved.

“As someone who has missed out on amazing booths in years prior because they didn’t catch my eye, I wanted to make sure every club had the opportunity to reach the students on campus in some way,” Commissioner of Publicity senior Lauren Dubria said. “I hope that people found it useful and that future commissioners of publicity create a tradition out of this.”

With more than 60 clubs participating in the event, the event was vastly larger than last year’s picnic which included around 45 clubs. With a rising increase of clubs on campus, the event was able to expand beyond last year.

“Compared to last year, [Homecoming Picnic] was a lot more engaging. Since I was a freshman last year, I walked around a lot more and didn’t buy much,” sophomore Hayim Ra said. “Being more involved this year made the event a lot more interactive and I found myself more interested in the diversity of things being sold.”

ASB is currently looking to implement more club events throughout the year.