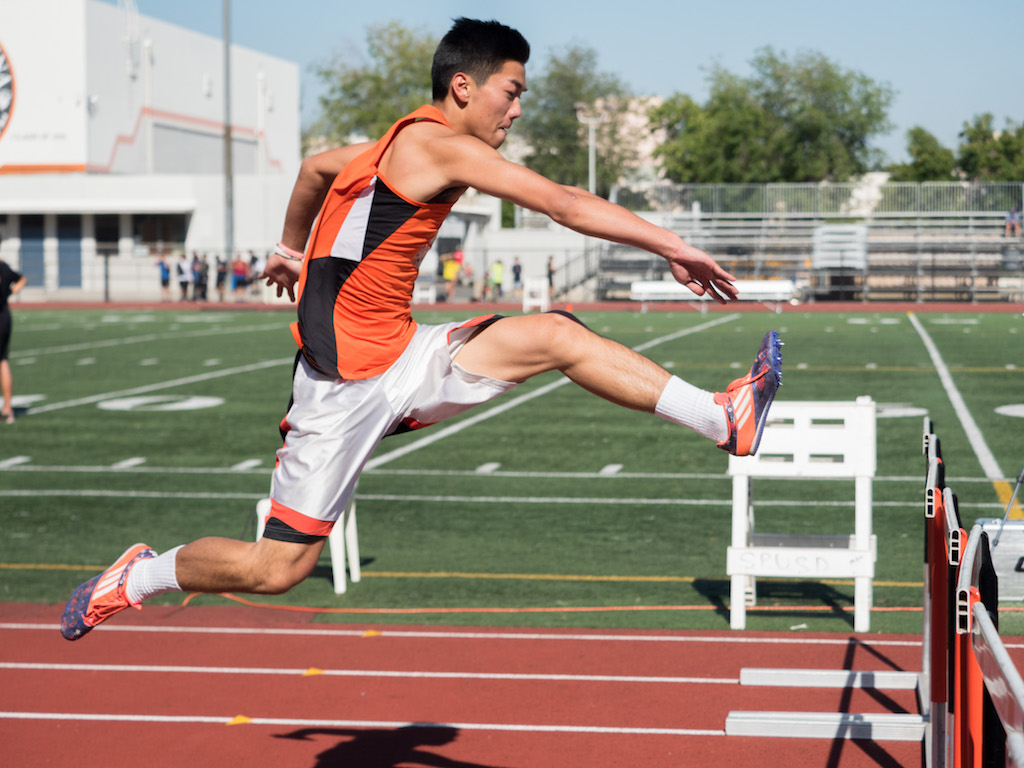 The 22 track and field athletes that qualified for CIF competed at the Division 3 CIF Preliminaries at Estancia High School on Saturday, May 13. Of those that participated, only six will advance to finals, though several narrowly missed reaching the next round. Finals only take the top nine in each event, severely slashing the number of competitors in prelims.

The 4×100 meter relay teams were both unsuccessful in securing a spot in finals. The girls, however, earned 11th overall out of 36, making them the second alternates. After falling behind in the first legs, sophomore Christina Taylor made up lost time to take third in the heat of the relay, though her effort was ultimately not enough. In the 100 meter hurdles, junior Cate Latting ran a career personal best of 15.7 seconds to place eighth out of 38, thus advancing to finals. Taylor later qualified for the 400 meters, garnering first in her heat with a 57.97 second race. Freshman Gianna Beasley will join her at finals in the same event after qualifying with a time of 58.60 seconds.

Two events later, Beasley was back racing in the 800 meters. In the final stretch, she pulled ahead to take first in her heat, advancing her to finals. Sophomore Ashley Hugasian barely missed the mark to qualify as she earned tenth place, making her the first alternate. No Tiger on either the boys or girls’ team qualified in the 200 meters or any distance event.

South Pas was not as lucky in qualifying in field events. In the high jump, senior Max Schoerner and junior Molly Round were both unable to move forward, as were Latting and junior Josh Ng in pole vault. Ng did, however, break his personal record. In the triple jump, only freshman TH Wei scraped by, jumping a career best of 43’2” to place sixth overall. The Tigers’ other triple jumpers and shot putters were unable to secure spots.

CIF Finals will take place on Saturday, May 20 at El Camino College.