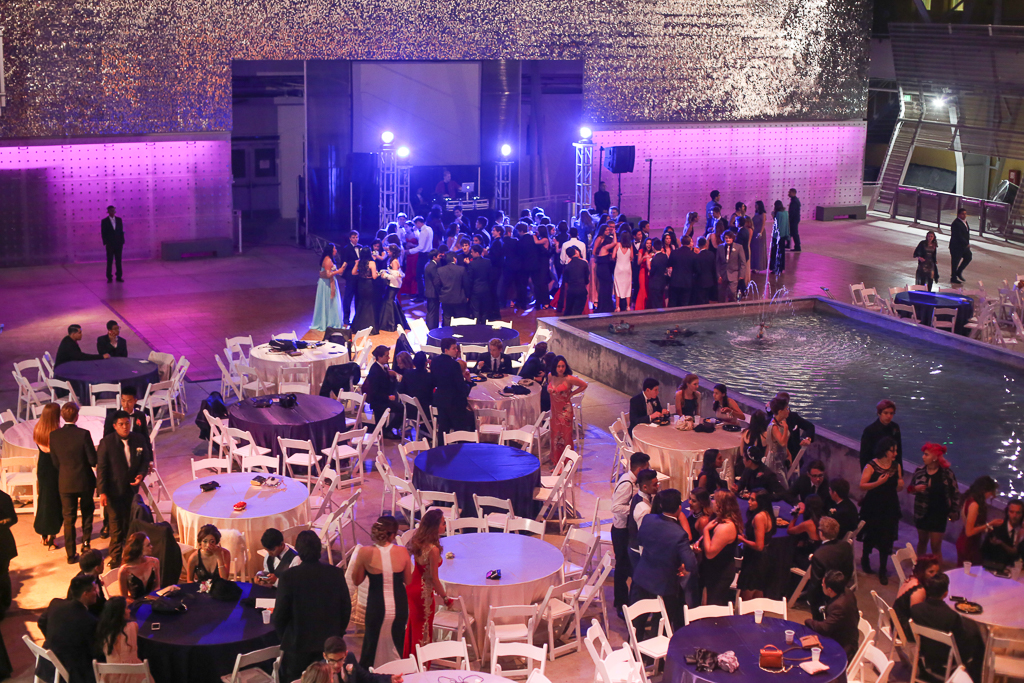 SPHS students assembled at the Wallis Annenberg Building, a branch of the California Science Center on Saturday, May 6, to attend prom. The event began at 8 p.m., and students were able to dance, play games, and take photos.

It was really great to see everyone decked out and dressed well,” said junior Natali Lelieur. “I can’t wait to find out to go to next year’s venue!”

In the outskirts of the building, games such as Apples To Apples and Jenga were available for usage next to the candy bar. In the same room, flip books were being produced through a series of quick photographs and stapled together to create a lasting memory. Another table was set up and covered in flowers and wire for flower crowns to be formed by students. On the second floor, a cartoonist drew provided free caricatures. Food and drinks were also arranged by the venue group and included chicken, spicy macaroni, and salad, among other various condiments and desserts.

At 11 p.m. the DJ announced that the last song of the night was going to be played, and then turned on the lights at the conclusion of the song. Due to a mixup with the event coordinator, students were ushered to doors. However, the venue was booked until 12 A.M., so the teacher chaperones immediately controlled the situation and let the event continue.

Prom finally concluded 20 minutes earlier than its scheduled end time and students were instructed to remain in the side wings of the building until their cars arrived. Rain prevented students from waiting outside the building, and the venue was completely emptied of SPHS students by the scheduled time of 12 P.M.