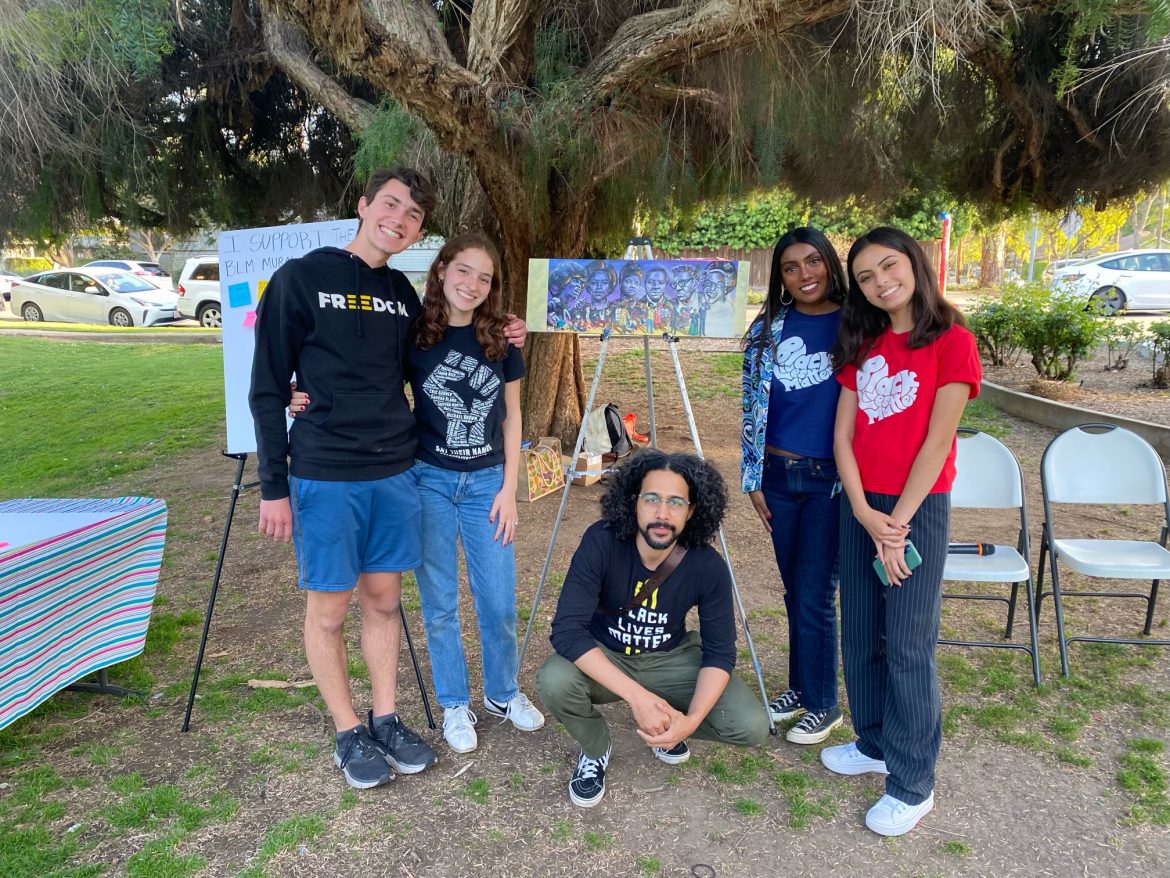 The Anti-Bias Club delineated their journey to the call to action picnic, including the series of roadblocks from the South Pasadena City Council, including delaying a vote on the mural until the creation of a public art policy and a change in location.

Student advocates for the Black Lives Matter mural hosted their call-to-action picnic on Friday, March 18, in Garfield Park with about 100 people in attendance. The picnic allowed for attendees to physically show their support for the mural with post-it-notes on poster boards and a chance to see the rendering of mural artist Zach Brown’s design.

The event began with community organizer and emcee Phung Huynh, co-founder of  the Anti-Racism Committee of South Pasadena and chair of the Public Arts Commission, introducing the mural’s student leaders: senior and Anti-Bias Club president Lulu Talesnick Lopez, senior and club treasurer Maya Turun, senior and club secretary Noah Kuhn, and junior and club vice president Alexa Morales. They discussed the people depicted on the mural including Angela Davis, Patrisse Cullors, Marsha P. Johnson, Ida B. Wells, Biddy Mason, and Bayard Rustin. To learn more about each of the figures and more, participants can visit the mural’s website which provides extensive details about the figures.

Turun elaborated that the foreground of the mural included additional trailblazers in the Black community, including John Lewis and Harriet Tubman as well as local Black Lives Matter activists, London Lang and Fahren James. The mural also includes locally specific motifs such as sun rays to symbolize South Pasadena’s history as a sundown town, which means that people of color could not be in the town when the sun went down, and depicting a green parrot escaping from a cage doubling as a reference to Maya Angelou’s poem “Caged Bird” and South Pasadena. 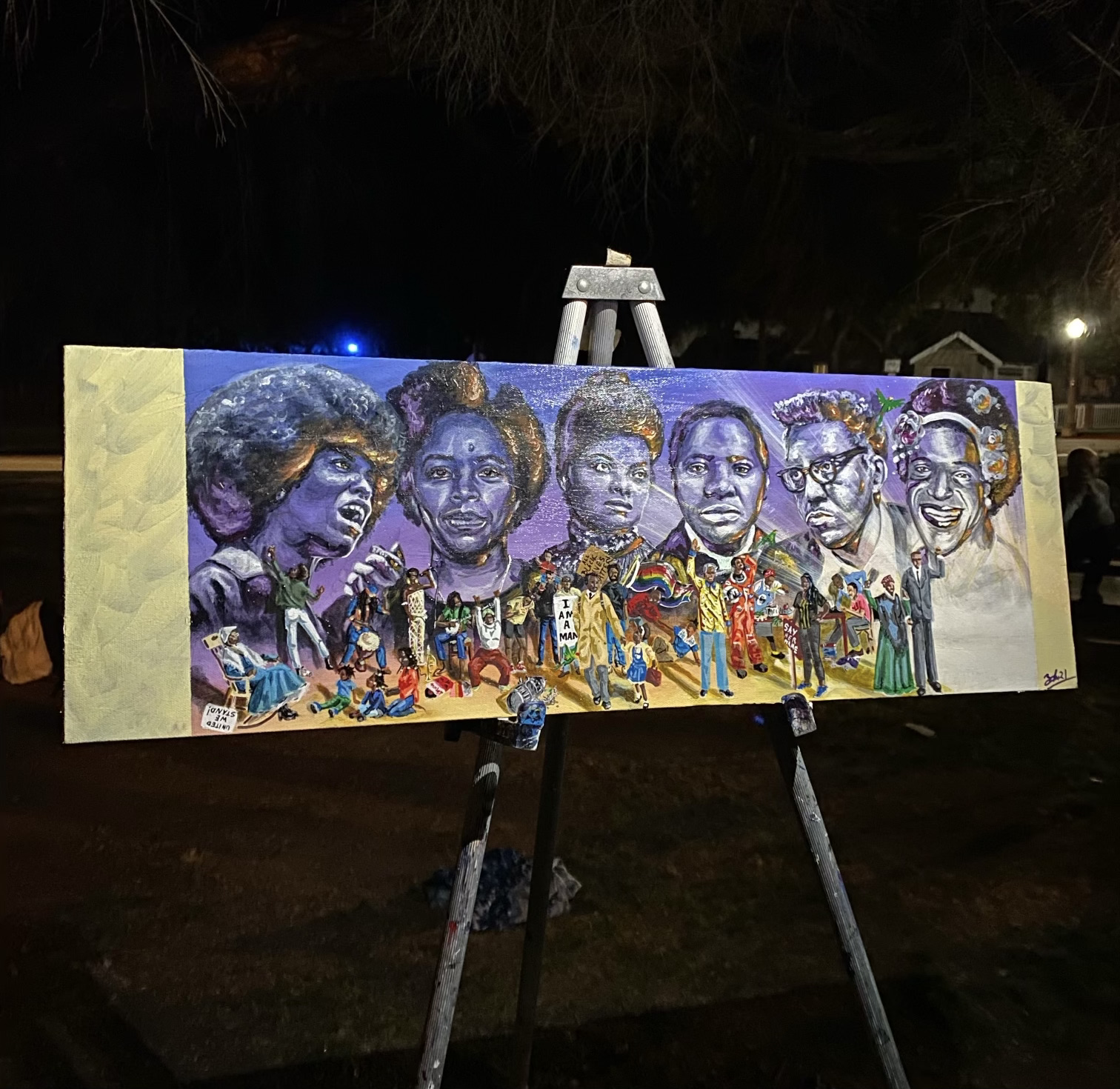 Originally pitched by SPHS graduate Khalil Murdock, the Anti-Bias Club set out to develop a mural to memorialize the Black Lives Matter movement after the police killings of Breonna Taylor and George Floyd with the creation of the Black Lives Matter mural. Through the almost two-year journey, Murdock graduated and three of the four officers became seniors. They hope to see their plan come to fruition soon.

“Noah, Lulu, and I are graduating soon and although Alexa is more than capable of taking on this project, what has made it a lot more bearable has been that the four of us have been able to work on this before,” Turun said. “This project has seen two other people leave this to go to college. It’s really hard to help out with this from across the country.”

The empty right side of the mural serves as an interactive space for participants to stand in, representing that everyone has a role to play in the anti-racism movement.

Additionally, the club delineated their journey to the call to action picnic, including the series of roadblocks from the South Pasadena City Council, including delaying a vote on the mural until the creation of a public art policy and a change in location.

“As students, we’ve been belittled by city officials. We’ve been talked to condescendingly…But we will not give up,” Kuhn said.

Huynh returned and introduced the mural’s artist Zach Brown, who gave a speech about his involvement in the process. Brown told a story about the history of racism in South Pasadena with sirens underscoring his story to represent the sirens that would be used to warn people of color to vacate the city. Brown implored the audience to make the world better than the one they inherited. 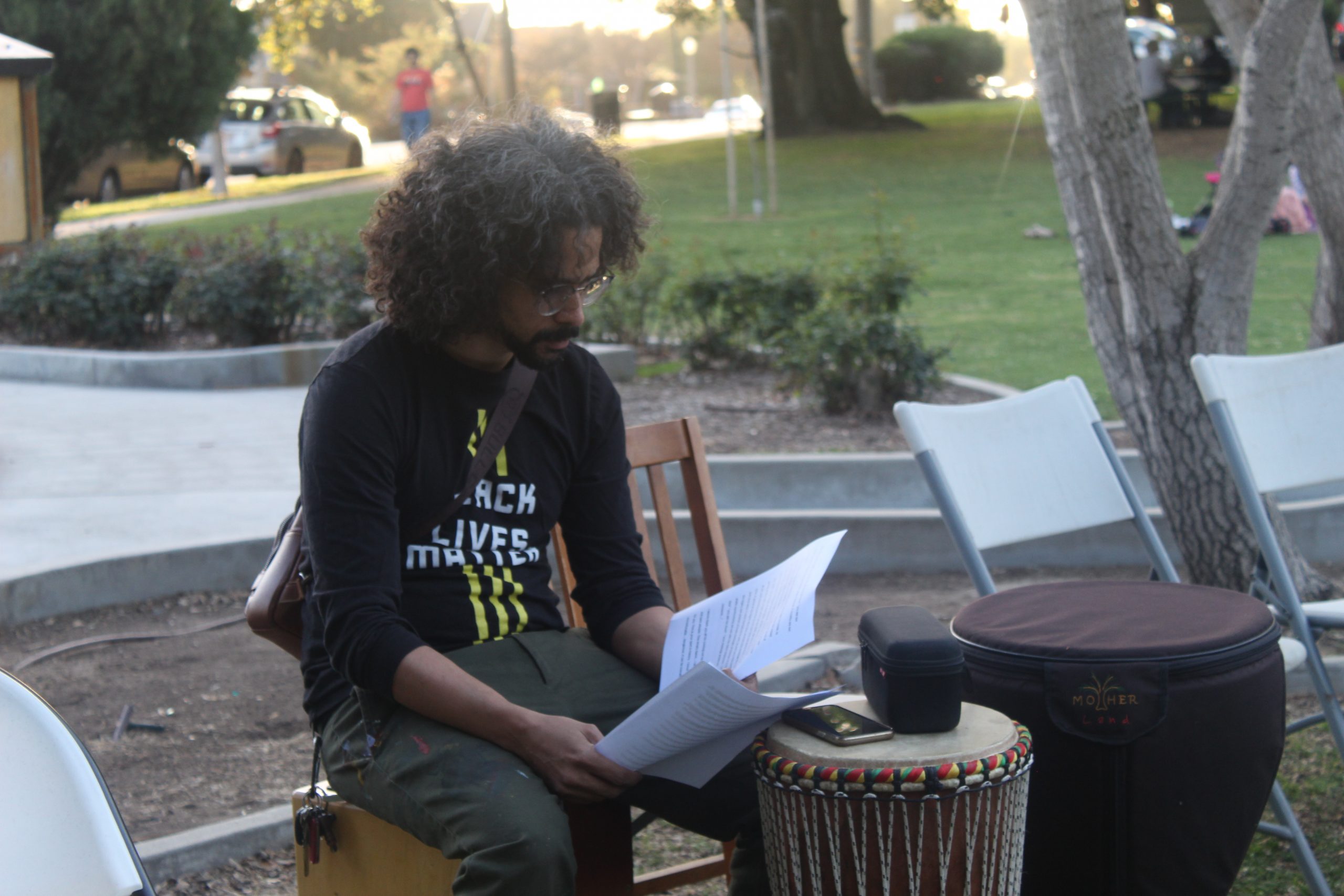 “I am so honored to have been chosen by these incredible young people in this project. Their dedication gives me hope for the future. The collective vision for a more equitable, inclusive, and diverse future is not only possible, but if we had more great hearts like this, this future would be inevitable,” Brown said.

Stefani Williams, a founding member of the Anti Racism Committee of South Pasadena, came up to speak next. Williams echoed the sentiments of the Anti-Bias Club officers and their attempts to put this mural up.

After Williams, two members of the SPHS Black Student Union, seniors Lyric Limqueco and Skye Harris spoke in support of the mural.

“Not only will this mural spread awareness but it would touch the hearts of South Pasadena’s Black community and show that they feel welcome there,” Limqueco said

The Peace Players, a group of middle and high school drummers from the Los Angeles area, performed a rhythmic composition as the people mingled and recorded the performance. Attendees expressed enthusiasm for the mural and vested interest in its success. 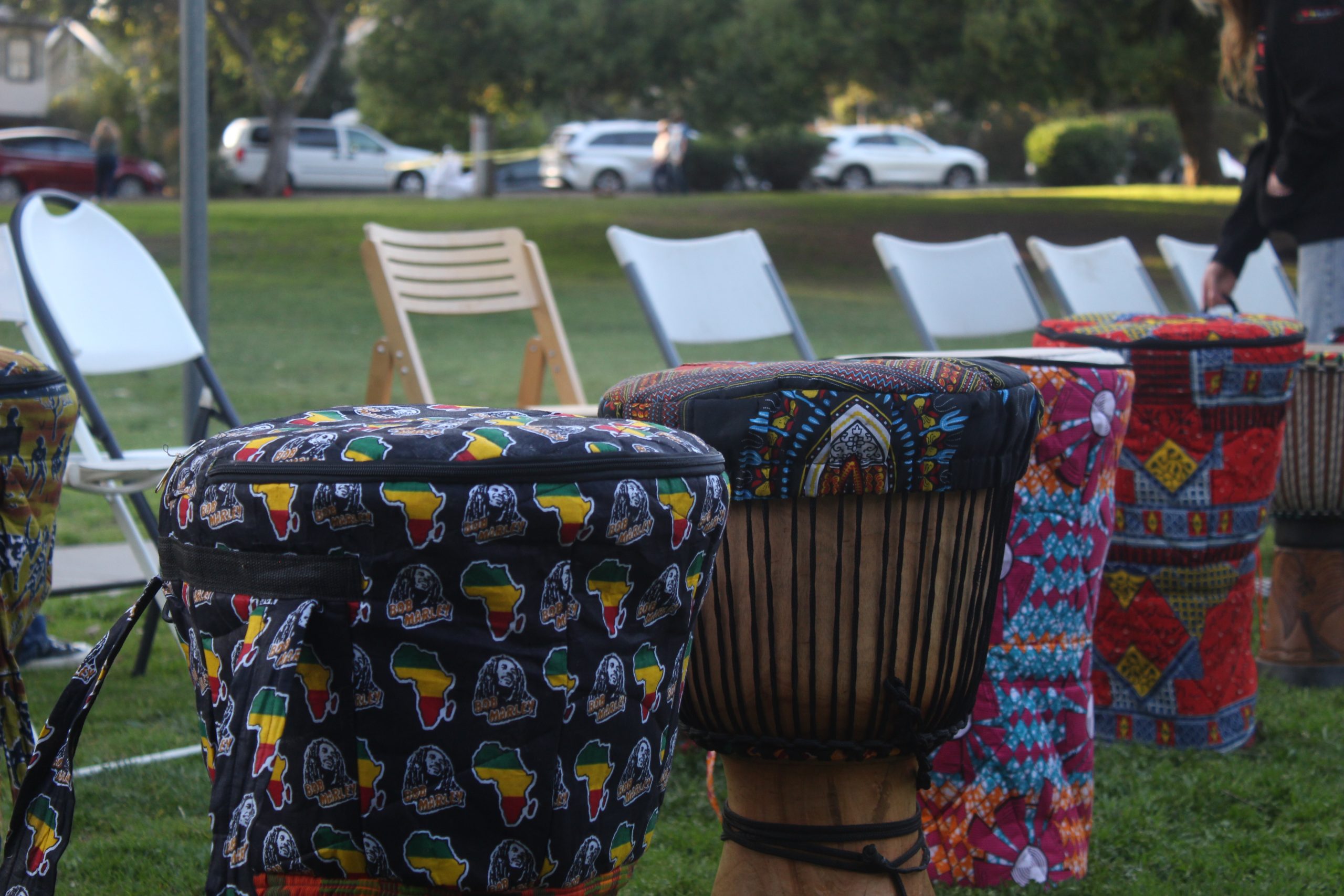 “I actually thought it was very inspiring and I think [the] ABC provided a great background on why it’s needed, not only to show support of the black community but also given the history of South Pasadena,” senior Jade Gomez said “I especially loved the artists’ speech explaining what a sundown town really is and the racist history of South Pas.”

The Anti-Bias Club is still searching for a private property location for the BLM mural, and more information, including the club’s contact information, is accessible in the project’s brief.