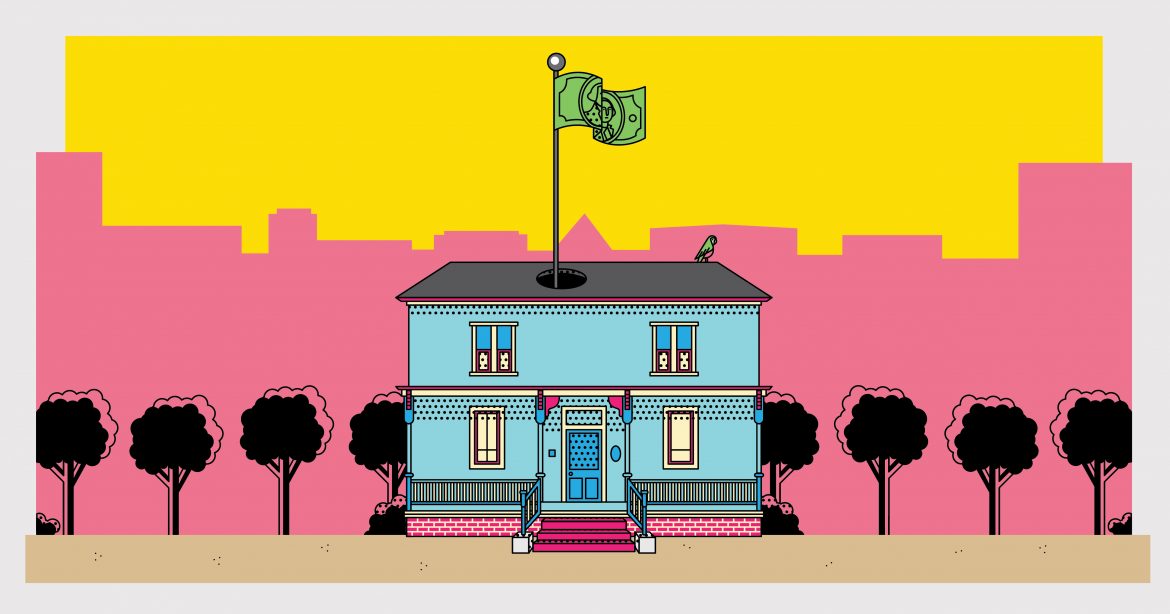 As the schools get better and the houses get more expensive, South Pasadena's diverse middle class is getting priced out. Soon, the people and aspects of South Pasadena that make it exceptional will no longer be around.

South Pasadena has always been a town that draws young families looking to settle down. If there is a moving truck on the block, it’s probably the harbinger of a new family, drawn by the quality schools and “mayberry” liberal community, or a family moving out, left empty-nested after their children have moved on to college. Or, it could likely be a Hollywood shoot. It’s a cycle long worn into the fabric of the community, whose civic institutions largely cater to the vision of the young, coastal elite family.

Despite the draw of South Pasadena’s “time capsule”-esque appeal, things are rapidly changing. If you have been around more than a decade, it’s readily apparent that sadly, few of those families moving in are now middle class.

Gentrification is a word often ascribed to communities in Los Angeles that are facing massive displacement due to rising housing costs and an influx of white, urban elites. For South Pasadena, the word is iffy at best. After all, the town lifted ethnic covenants restricting non-whites only in the 60s, and has remained upper-middle class ever since. As time goes on, it might not be accurate to include ‘middle’ in that descriptor. South Pasadena’s middle class — which gives the town its vibrant feeling and diverse makeup — is being displaced.

It seems that South Pasadena is inadvertently regressing on the progress it made since desegregating. Surprising to many, the small suburban city used to be a sundown town: people of color and especially Blacks were not allowed in public after the sunset. Buried in the deed of the condo I live in is a vestigial clause barring non-whites from purchasing the property. (Ironically, now, everyone living in the building is an ethnic minority.) But, fortunately, the city’s initial proliferation of rental housing and proximity to more diverse communities made South Pasadena accessible to outsiders.

In an increasingly competitive academic culture and emphasis on getting into good colleges, people move in because of the high performing schools and the community that actively supports them. Children whose families place a high value on education tend to perform highly as well, creating a positive feedback loop between the school district and the real estate market. The two groups that have fed into this positive feedback loop are the Obama-voting, SPEF lawn sign-toting liberal family, and the first- or second-generation immigrant family, who are mostly Asian-Americans. It makes for a cultural combination somewhat unique to this 3.5 square mile community, and one that I have grown up in  and have deeply benefitted from, coming from a Chinese household surrounded by friends and classmates whose families drive Priuses and wear their shoes indoors.

But as district-wide tests scores rise, so do housing costs in the city. As a result, middle-income families are being priced out; in some of the worst cases, students in SPUSD are having to change schools because their families couldn’t stay in the district because of rising rents. The result is evident just looking at classroom rosters: Ionas, Auroras, Grays, Hunters and other needlessly individualistic names are now starting to dot roll call sheets.

In a conversation I had with a school board member, I brought up how South Pasadena seemed to be changing. The board member mentioned how, looking at the families at the elementary schools now, almost all of the children come from families of two high-caliber dual income parents — at least more so than previously. It did seem to me like, over time, the amount of Priuses with “coexist” stickers has gone down, gradually compromised by teslas (and especially the weird, intimidating SUV ones). Buster’s is gone, replaced by an empty cafe selling $9 ice cream. Blockbuster is now Blaze. The Rialto, God bless it, is now a new-age evangelical Christian church headquartered in Hollywood.

But this easily laughable cultural change has much more stark underpinnings. Our dwindling middle class, exacerbated by Southern California’s housing crisis — which is leading to record levels of homelessness and displacement — is dramatically changing the socio-economic landscape of South Pasadena, which is wedged between downtown L.A. and the San Gabriel Valley, two booming hubs of housing investment. The crisis is hidden, but just below the surface of our tree-lined streets and xeriscape lawns, it’s dire.

More than 42% of South Pasadena households that rent are considered “rent burdened,” meaning that they spend more than a third of total income on housing. That is even more serious, considering that South Pasadena is mostly renters. To many I talk to, that 30% threshold can seem dainty, considering what people are willing to pay to live here. The median rent in South Pasadena has risen almost $1,000 since 2014, from $2800 per month to $3,750, according to the Zillow rent index.

My mom moved to South Pasadena when I was an infant, another household landing nearby because of the draw of a quality public education. I still relish the memories of scootering between my friend’s gargantuan craftsman style house and the single bedroom apartment my mom and I lived in; it was an obliviousness to those differences that, in part, was so formative for me in this community. My friend and I have both since moved, almost ready to leave high school and have the South Pasadena cycle of empty nesters and new families start over again. And since then, I have seen the profoundly disconcerting implications of our hidden crisis. At one point, my ability to finish my high school education in South Pasadena was not certain. When I pass by that old apartment now, I realize that if I were born today, my mom —  a single parent working as a public school teacher — could never dream of being able to raise me in this community.

Part of what makes South Pasadena so special is its diversity. It’s a hackneyed refrain, and somewhat misleading, considering the less-than-substantial representation of minorities other than Asian-Americans. It is, nonetheless, true. I grew up getting to know students who translated insurance paperwork to their parents and who learned to speak English on their own. I also grew up around kids whose relatives work at Harvard and whose parents’ names could be spotted in the credits of Oscar-winning movies. White-wedding couples, single parents, gay couples, and parents who work two jobs. A special combination of the immigrant mentality of hard work and progressive principles of understanding. It was this wide-ranging community that makes the schools exceptional and the community relevant.

Looking around, I am afraid of the fleeting reality of that unusual recipe of people and experiences. There is no panacea for the shift that South Pasadena is undergoing. It is an issue whose roots extend to every community in L.A. There is no resolution of inclusivity or declaration of diversity that can reverse the fact that South Pasadena is becoming more homogenous. We can, however, begin to understand that, if nothing is done about the housing crisis, there will be no more middle class in this city.

You clearly have a knack for drawing out interesting and relevant details in your writing. Keep at it!