Top Posts
The current system of education cannot be tolerated...
Community applauds elementary school TK to 2 reopening
The process of military recruitment at high school...
Unhealthy relationships should not be glorified
Society needs to validate queer people
Students brace for possible cancellation of sports
‘Coming out’ should be on one’s own accord
City Council approves primary permit for Moffatt Street...
Consulting the cosmos: Astrology in 2021
Normalcy should not be the expectation
Home Community Local residents embrace early voting, half have already cast ballots
CommunityFeaturedNews 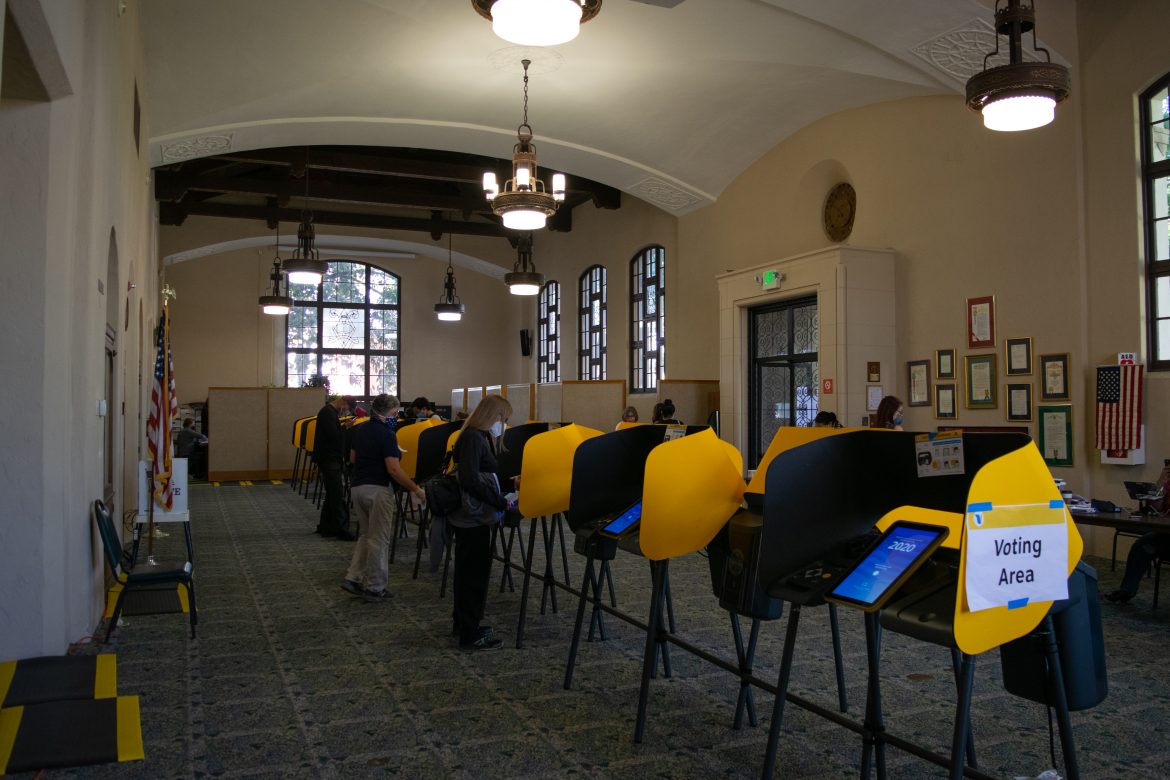 South Pasadena residents can vote in-person at the library's community room or the War Memorial Building, as well as drop off ballots at City Hall.

South Pasadena residents are stepping up to vote in the 2020 election by mailing in and dropping off their ballots and voting in person. As of Wednesday, October 28, roughly 48 percent of those registered in South Pasadena had returned their ballots.

Data collected on Oct. 28 found that 8,590 ballots have been returned, out of a total of 17,801 South Pasadena residents who are registered to vote. Voters at the ages of 50 to 60 years old have returned the highest number of ballots at 2,528, and residents from the age of 18 to 34 have returned the lowest number at 1,558.

All California voters were mailed ballots on Monday, Oct. 5 to either drop off at a voting center or mail it back, and all ballots received by Nov. 20 will be counted if postmarked on or before the election day. Polling stations in South Pasadena are operating out of the South Pasadena Public Library’s community room facing El Centro Street and the War Memorial Building on Fair Oaks Avenue. Both centers are open to all South Pasadena residents, as well as a drop-off box in front of  City Hall on Mission Street.

The L.A. County Registrar-Recorder has pre-set safety guidelines specified in the mailed voter guides for those filling out ballots in person, including self-screening measures for workers, physical distancing guidelines, and disinfectants. Voters are expected to wear face coverings, and masks and gloves will be available at the polls. It is encouraged for citizens to register in advance and bring their sample ballots to expedite the check-in process.

The coronavirus pandemic has posed some serious issues, and many poll workers are worried that the regulations they have are not enough.

“I was assigned to take  the temperature of every voter who entered the polling location… I wore a face shield and gloves, protecting the voter and me,” student poll worker and senior Audrey Ernst said. “However, later that day the polling center was notified by the election office that we weren’t allowed to take voters’ temperatures anymore. It’s really stressful because election workers are coming into contact with so many voters… I appreciate how California is taking the pandemic seriously, but we should be allowed to take their temperatures because it jeopardizes the election workers’ and the voters’ safety.”

Despite the safety concerns, voters have reported the relative ease and simplicity of their experiences.

“The whole process of voting early and in-person was extremely easy,” SPHS alumnus and first-time voter Nico Salazar said. “They give you a physical ballot, you insert it into the machine and your votes are printed on it. All of the actual voting was incredibly streamline and done on tablets…. It felt really great being able to physically cast my vote.”

Many residents are determined to make sure that their votes count this year given the gravity of the presidential election and concerns about fake ballot boxes in California and mailing delays nationwide.

“My family and I decided to vote this, and every election because we care about the issues around us,” SPHS alumna Lily Azat, who dropped off her ballot at City Hall, said. “I want to see a change in the way the world around me operates, and… voting is the easiest and most effective way in which you can make an impact on your surroundings.”

Residents who have questions about voting or voter registration can go to lavote.net, as well as call the state’s voter hotlines which offer information in 10 languages.