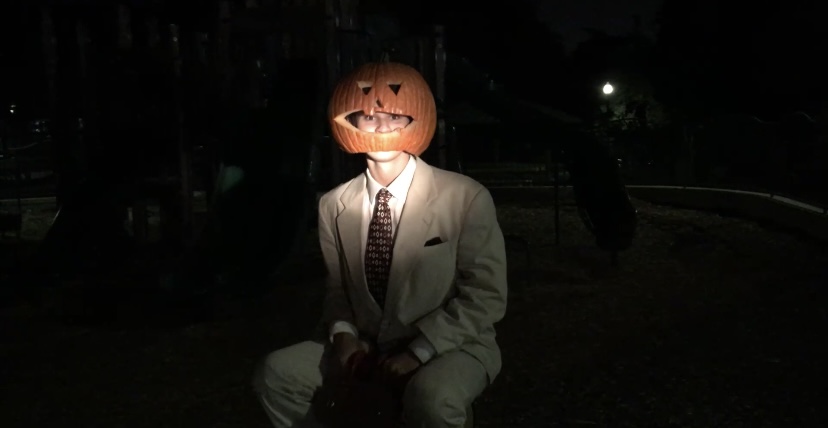 ASB released its Halloween-themed second assembly of the year on Friday, Oct. 30 via YouTube. Commissioners participated in spooky skits and class competitions, and several teachers also made guest appearances.

Commissioner of Spirit Ava Page hosted “Baking with Ava,” a cooking segment in which she made colorful candy corn rice krispies for Halloween. The fast-paced editing style and a blooper-reel of technical mishaps drew many audience laughs.

On the Tiger patio, Commissioner of Athletics Khalil Murdoch and Commissioner of Assemblies Matisse Rocca hosted a pumpkin carving class competition. Junior contestant Isabella Alfonso opted for a scared “rhetorical analysis” pumpkin in honor of the daunting AP Lang timed writes, while senior competitor Quinn Rosenbluh carved her pumpkin in the image of Shrek. The carvers offered comical commentary throughout the challenge, highlighting the friendly sibling rivalry of sisters Isabella and Olivia Alfonso.

“It was really fun filming since I hadn’t been around other people [besides] my family in a long time. [All] the ASB members I worked with were super friendly and creative! It was also funny to have my sister there,” Alfonso said.

After another class competition featuring an obstacle course dubbed “The Mummy Run,” Murdoch tracked down Commissioner General Lindsey Hirano in the Arroyo and pranked her in a Jason Vorhees-style Halloween mask.

The Class of 2021 is collecting applications for the Seniors Activity Committee and is also accepting designs for the senior class spirit wear. The junior class officers will be hosting class bonding and a clothing drive in the upcoming weeks.