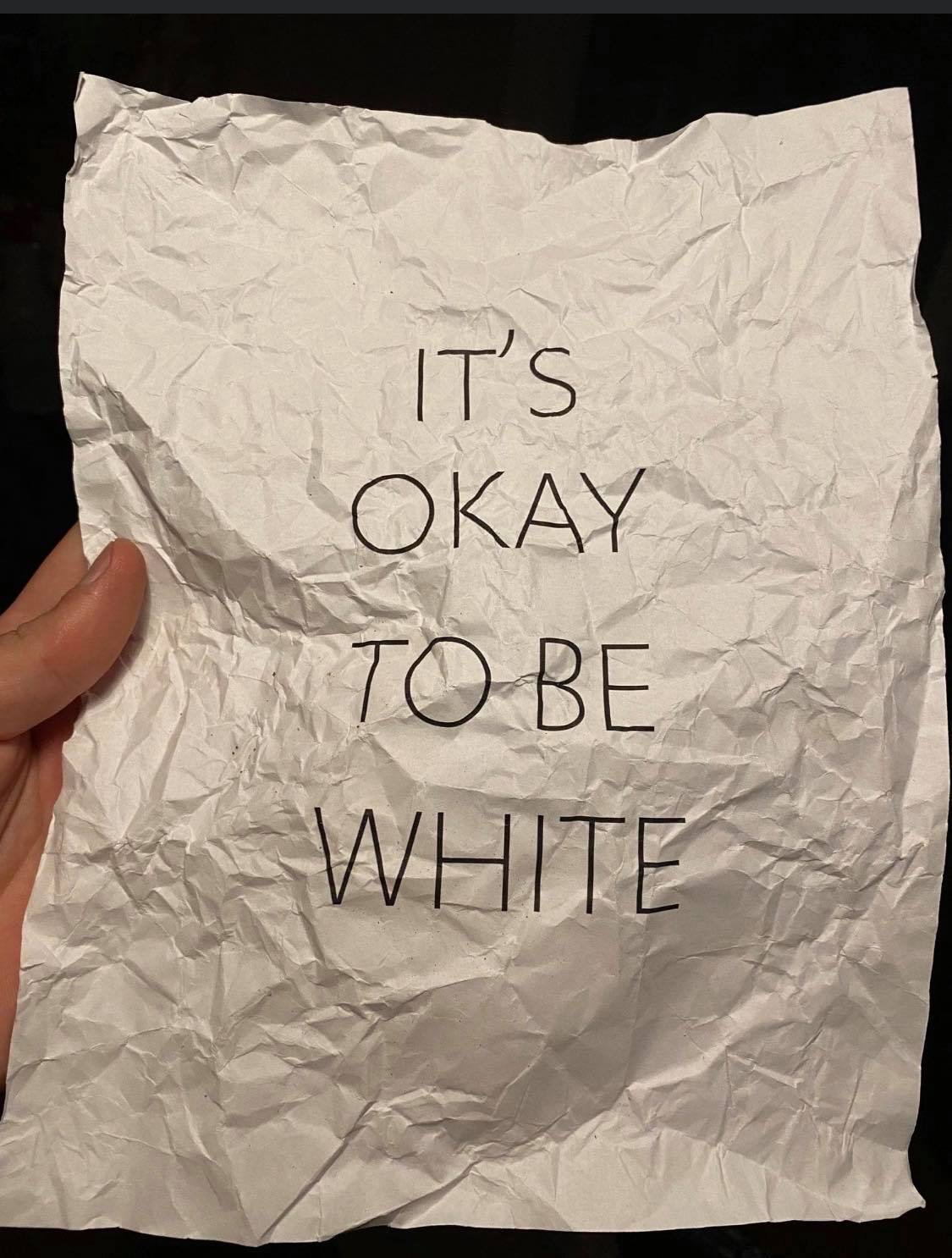 The IOTBW signs had previously been plastered across the SPHS campus back in 2018.

Jeremiah Musgrove, a local community member, noticed the individuals putting up the notes on cars in front of his residency on Bank Street, between Fremont and Fair Oaks Avenue. Musgrove confronted the men, who he identified as white and in their twenties although they were heavily masked, and they cursed at him before walking away.

Another resident, Emily B, discovered more of the racist flyers on Oak and Laurel Street on a run on Sunday morning and posted the incident on a local Facebook group.

South Pasadena experienced a similar incident on Halloween night in 2018, when a masked intruder was caught on camera posting IOTBW stickers around SPHS. The school removed the messages the next day, although the individual was never identified.

The IOTBW slogan originated in 2017 on the discussion platform 4chan to stir up controversy, although the creator claims that there were no racial implications. Soon after, white supremacist groups adopted the phrase and continue to use it today.

Musgrove assumed the flyers were a response to the BLM protests actively happening in South Pasadena. The South Pasadena Youth for Police Reform activist group has organized local demonstrations where many community members have come out to show their support for the BLM movement.

The flyers forced Emily to reckon with the current racism in South Pasadena and the liberal, inclusive image the town brands itself with.

“I was very angry. I’m sure anyone who saw me thought I was crazy,” Emily said. “I’ve owned a home here for over 11 years and my kids go to elementary school at MHS. I know there is a racist past here but I want to do everything I can to make sure there isn’t a racist future.”

South Pasadena residents took down the posters and proceeded to throw them away.

Michael … I agree with you. Okay to be white is racist, but BLM is ‘woke’ Whatever happened to ‘Content of Character, not Color of Skin’?? Geez !!

So essentially your saying that a flyer stating that it’s okay to be white is racist. Have you happened to look into the true values of Black lives matter or its movement? The BLM “movement” is not a movement but a political organization with racist undertones. Look where the money goes. It’s shocking to me that if you’re white and you stand up for your race and values your labeled as a racist. On the flip side, if you’re black and stand up for black lives matter if your allowed to advocate for the killing of police, the destruction of private property, and total disregard for law and order. The hypocrisy is thunderous. As a young journalist, I will encourage you again, anytime anyone speaks out against another group and has large backing follow the money.