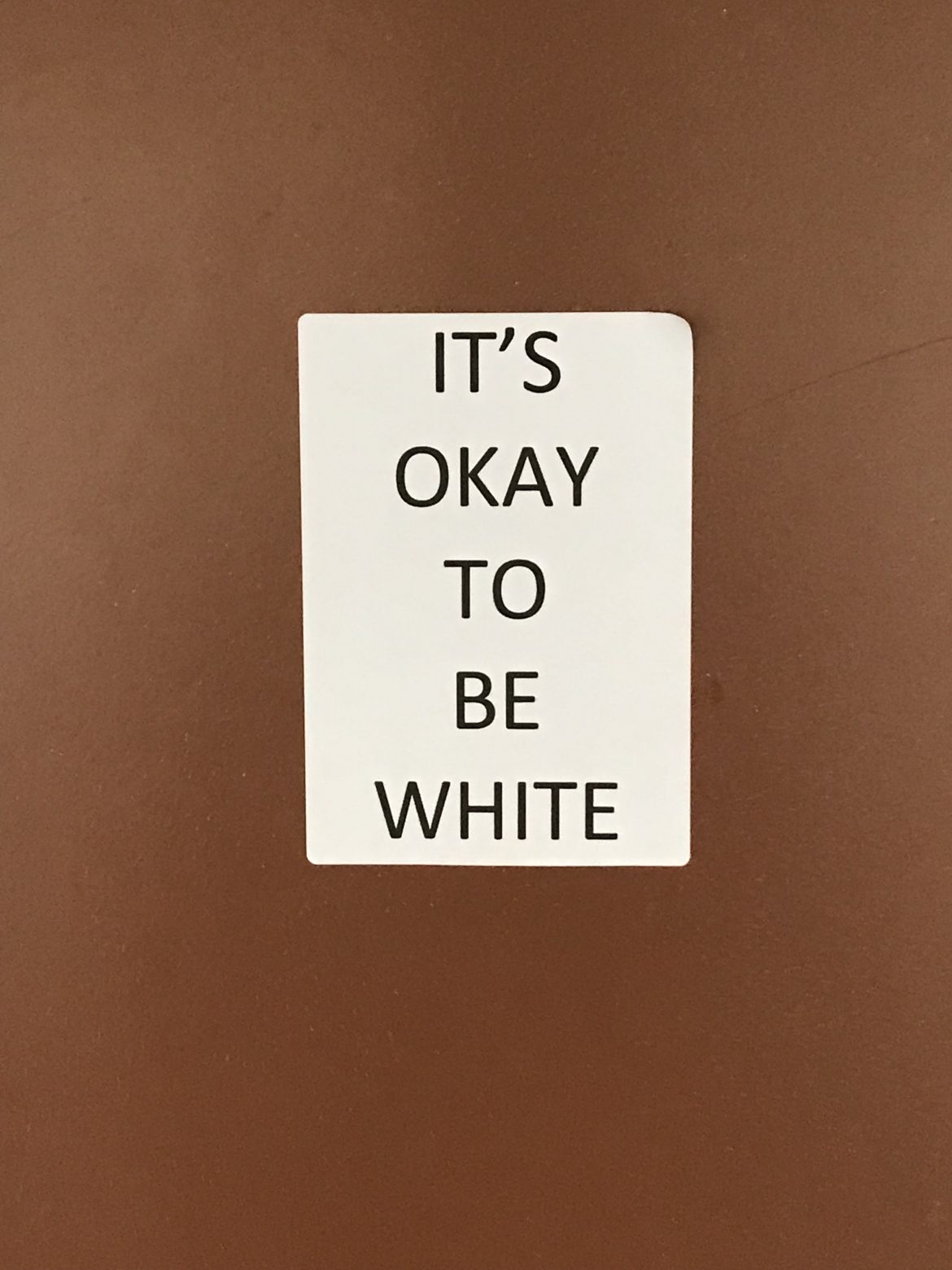 Students and staff arrived at school to find the dozen or so stickers up on classroom and bathroom doors across campus.

Provocative stickers reading “It’s OK to be white” appeared throughout SPHS Wednesday, Oct. 31. Students and staff arrived at school to find the dozen or so stickers up on classroom and bathroom doors across campus.

The masked vandal, who is yet to be identified, was caught putting up the stickers late Tuesday evening by the school’s security cameras. All the stickers were taken down by students and custodians by 8:30 am the next morning.

The incident follows a similar event this past weekend at The University of Vermont (UVM) and Champlain College, where the same saying was spread across via paper signs. UVM has had a past of white supremacist promoters, but there is no indication that the saying originates with racist intent.

The slogan, often simplified to the acronym “IOTBW,” was first shared on the internet platform 4chan in 2017. Its creators claim that the saying does not have any racial implications, but instead attempts to steer white Americans to the right wing by utilizing backlash from the media. Nonetheless, the slogan has been adopted by white supremacist groups on several separate occasions and has also appeared in propaganda in other countries such as Canada, New Zealand, Australia, and the United Kingdom. Several conservative American politicians have also been called out for using the slogan.

The fact that this occurred on Halloween is no coincidence. In 2017, an online plan was devised for students to spread the slogan by posting signs and stickers on school campuses, using the guise of Halloween costumes to hide their identities. Although the act was not executed widely enough to produce a strong response from the media, Australian senator Pauline Hanson’s recent “IOTBW” motion against anti-white racism rekindled debate regarding the slogan.

Administrators are conducting an ongoing investigation and will meet with SPHS School Resource Officer Arthur Burgos and the South Pasadena Police Department this evening to identify the suspect and discuss further action.

“Our primary concern is student safety,” Assistant Principal David Speck said. “We want to understand why our school was targeted and to make sure nothing that may promote an unsafe environment will occur at our school.”