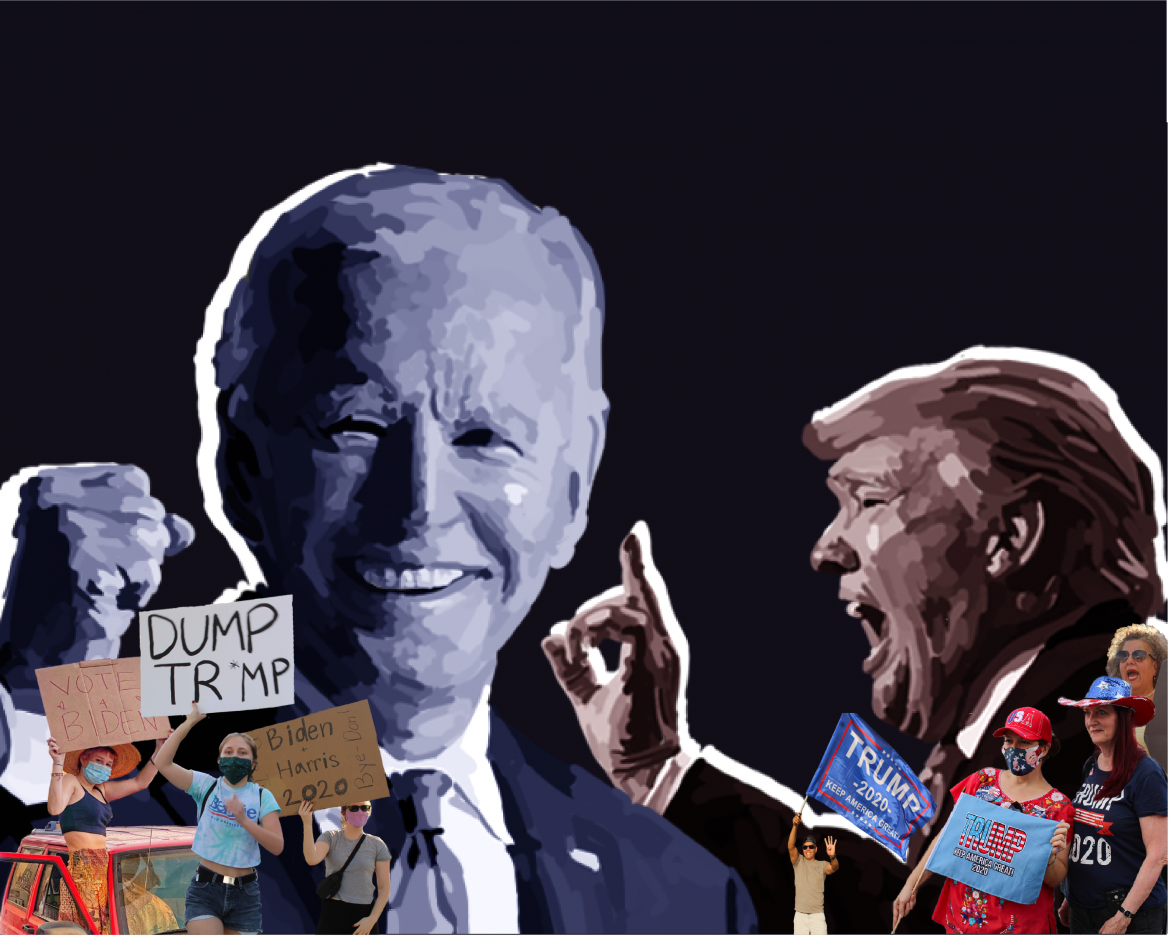 Local Trump and Biden supporters faced off on the corner of Fair Oaks and Mission, tensions reflective of the nation as a whole.

Joe Biden and Kamala Harris won the 2020 Presidential election with the highest voter turnout rate in history. Many celebrated their victory as a source of relief from a race and past four years filled with division.

The close election heightened tensions across the country and in South Pasadena. Trump supporters started a local rally a few days before the election and clashed with Biden counterprotestors. Residents’ anxiety continued to rise after Election Day on Tuesday, Nov. 3, as news sources only officially announced results Saturday morning.

“It was primarily social media and the spread of fake news… that created so much unnecessary anxiety leading up to the [election] results,” sophomore Isu Park said. “I also heard people saying there’s nothing to be afraid of, which is total [nonsense] considering so many freedoms were [and still] are on the line.”

“I was ecstatic that Biden won. It was the happiest I’ve been in months,” resident Tom Marcus said. “Before the election, I was terrified that Trump might win. Trump is the most despicable, horrible human being in the country.”

Others celebrated Harris’ significance as the first female, Black, and Indian U.S. Vice President, leading the way for a government more reflective of its nation.

“I am extremely happy with the results, especially with Harris making history. I am Indian and she is half Indian so it’s inspiring to see that kind of representation,” junior Maya Turun said. “There’s definitely a lot [more] that we as Americans need to do in terms of social justice issues, but this is definitely a start.”

Still, some residents caution about overstating Biden’s victory and discounting the current administration.

“[The election] was still extremely close, which the polls and lots of Democrats didn’t expect,” an anonymous SPHS student said. “Although [Trump is] not the best person, his policies have definitely helped make the U.S. stronger.”

President Donald Trump has yet to concede to Biden, and he and his supporters continue to  claim voter fraud without well-backed evidence. Nonetheless, Biden will begin his presidency on Jan. 20, 2021.