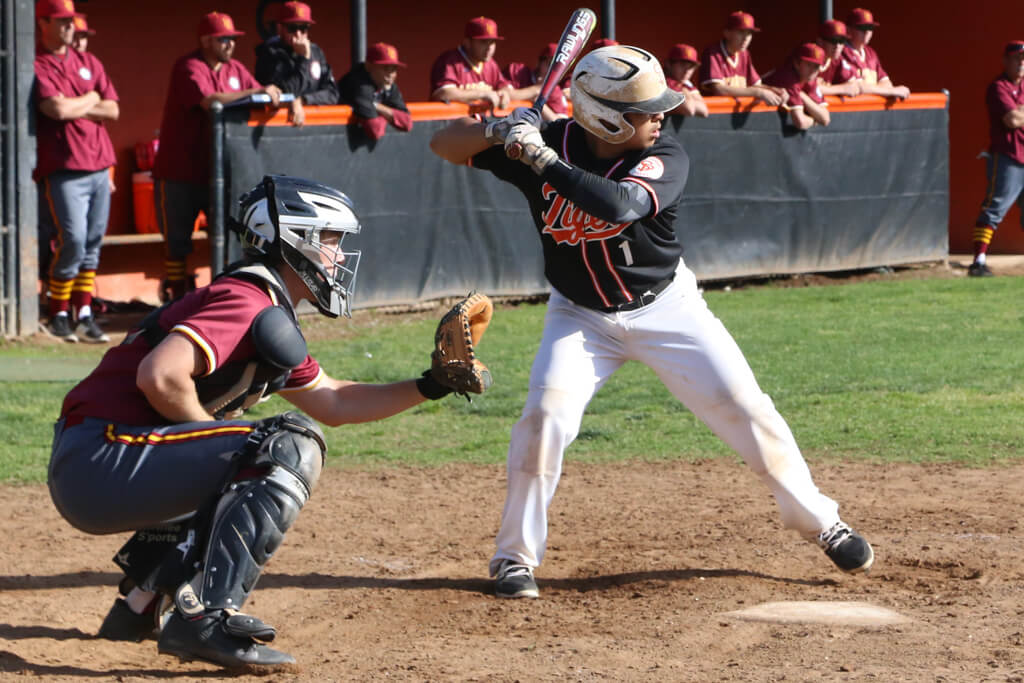 Varsity baseball suffered its third consecutive shutout loss on the road after falling to San Marino High School by a score of 9-0 on Friday, April 22. This loss comes after South Pas was blanked by Temple City (6-0) and La Cañada High Schools (7-0). With it, the Tigers now fall to last place in league with a dismal 1-6 record.

After narrowly losing to the Titans by a score of 2-1 during their first matchup, South Pas hoped to produce another strong outing on defense against San Marino. This ultimately backfired on the Tigers as the Titans would score in the first inning off of a bases loaded and walk situation for a 1-0 lead.

On offense, South Pas was slow to react to the Titans’ pitching and made minimal headway. It wouldn’t be until the third inning did the Tigers generate momentum. After junior Zach Howorth managed to get on first, senior Tucker Judkins bunted the ball to reach first, but at the cost of Howorth being thrown out. Judkins, however, managed to steal second and third base to put the Tigers in position to score. This would be negated when junior Isaac Luevano attempted to drive in the run with a hit to right that led to him being thrown out at first.

Heading into the fourth inning, San Marino continued to hammer the Tigers as one single after another allowed the Titans to go through their lineup. South Pas managed to close out the disastrous inning with a strikeout and a pitching change to put the score at 5-0.

San Marino continued its onslaught against the Tigers and tallied up four more runs while not allowing South Pas to ever reach home plate for a final score of 9-0.

The team hopes to salvage what’s left of its season in South Pas’ next matchup against Monrovia High School, away, on Tuesday, April 25.