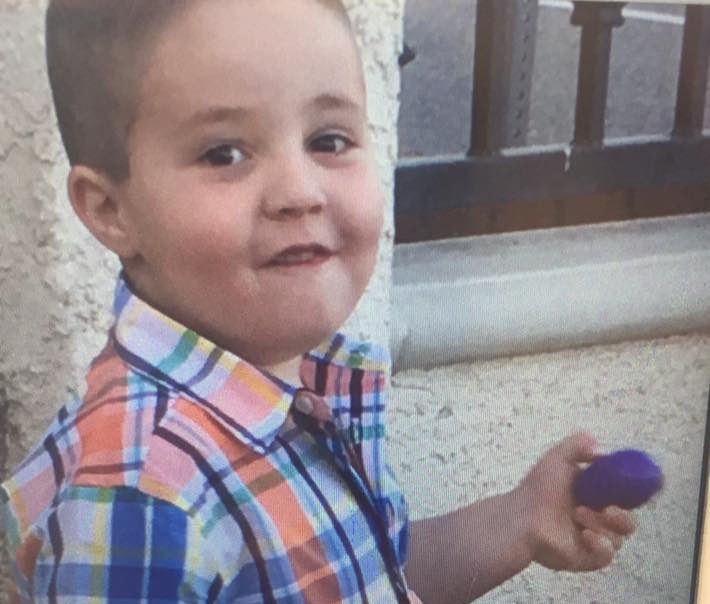 Five-year-old Aramazd Andressian Jr. was officially reported missing on Saturday, April 22. His father was found unconscious next to his car around 6:30 AM for unknown reasons. Aramazd Andressian Sr., who was found in Arroyo Seco Park, and was scheduled to transfer the child to the mother this morning. After receiving this information from a caller, SPPD took the father to the hospital and impounded his car.

The parents of the missing child are currently involved in a divorce and custody battle and were supposed to transfer the child from the father’s week of custody, to the mother’s this Saturday. The child was last seen by his mother during a Skype video chat on Tuesday, March 18. The second weekly video chat did not take place as scheduled on Thursday. When the father did not arrive to exchange the child at the agreed location at 9 AM on Saturday, the mother phoned in the incident.

The 35-year-old has since been arrested on suspicion of child abduction and endangerment. He has since been questioned on the location of his son, and had “a very selective memory,” according to South Pasadena Chief of Police, Art Miller. A press conference is planned to be held later today, the time yet to be announced.

Given the father’s car information, as well as other knowledge, South Pasadena Police Department (SPPD) quickly determined the child as missing and began a search party. The ongoing investigation involved the use of infrared sensing helicopters, bloodhounds, as well as officers on foot. If you have any information regarding the whereabout of five year-old Aramazd Andressian Jr., please contact SPPD at (626) 403-7270. The child’s official description can be found below.

FROM SPPD: We are searching for this child, Aramazd Andressian, age five. He is 4’1′” tall, 55 pounds and was last seen wearing a turquoise shirt and plaid shorts. He has a small mole on the bottom of his right shoulder. He was last seen possibly four days ago via a Skype broadcast, unknown location. Please call SPPD at 626-403-7297 if you have any info.