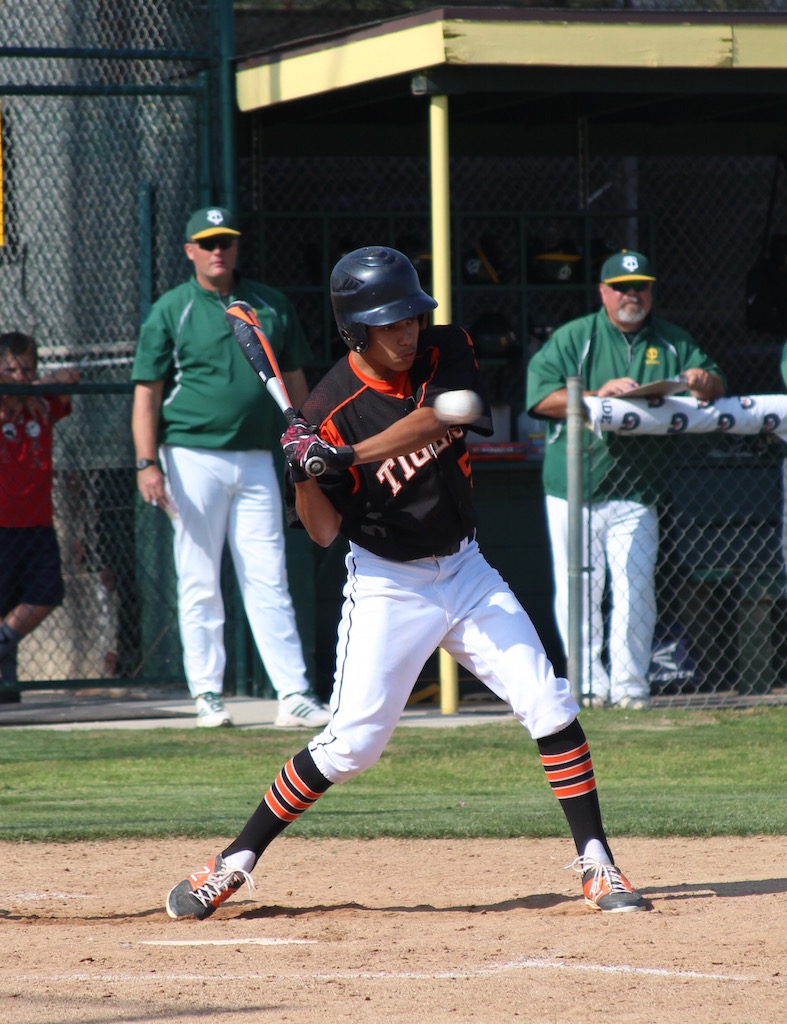 The varsity baseball team secured its second win of the preseason after making a late comeback against the San Gabriel Matadors for a final score of 5-2 on Monday, March 6.

In comparison to the team’s past couple of games, the Tigers’ matchup against the Matadors started off with little to no progress from either team.

South Pas started the matchup as the favorite, but didn’t play up to that standard. Right from the beginning, the Tigers’ starting hitters made minimal strides at getting and staying on base. In the game’s first six innings, South Pas would only get on base four times and strike out 12 times against the Matador pitcher.

Defensively, the Tigers’ pitching managed to strike out four San Gabriel batters early on. Junior catcher Edwin Espinal showcased a strong performance, throwing out three batters to prevent any rallies. For the duration of the game, the majority of the highlights were pop flies and strikeouts. This would continue until San Gabriel managed to get on base after the Tigers committed numerous pitching errors. A double allowed the Matadors to hold the lead at 2-0 in the bottom of the sixth inning.

Although the Tigers struggled to form their offense, their prayers would be answered after the Matadors’ bullpen fell apart in the seventh inning. Back to back wild pitches allowed leadoff hitter senior Kyle Ninomiya to reach third base, putting him in a prime position to score. Ninomiya would come home shortly after off of another wild pitch to give the Tigers their first run of the game. He was followed by junior Isaac Luevano after the San Gabriel pitcher walked three players in a row to load the bases for South Pas. Two additional wild pitches helped the Tigers seal the game with a final score of 5-2.

South Pas looks to close out the Dave Moore Invitational Tournament in the team’s final game of the tournament against Alhambra High School, away on March 7.