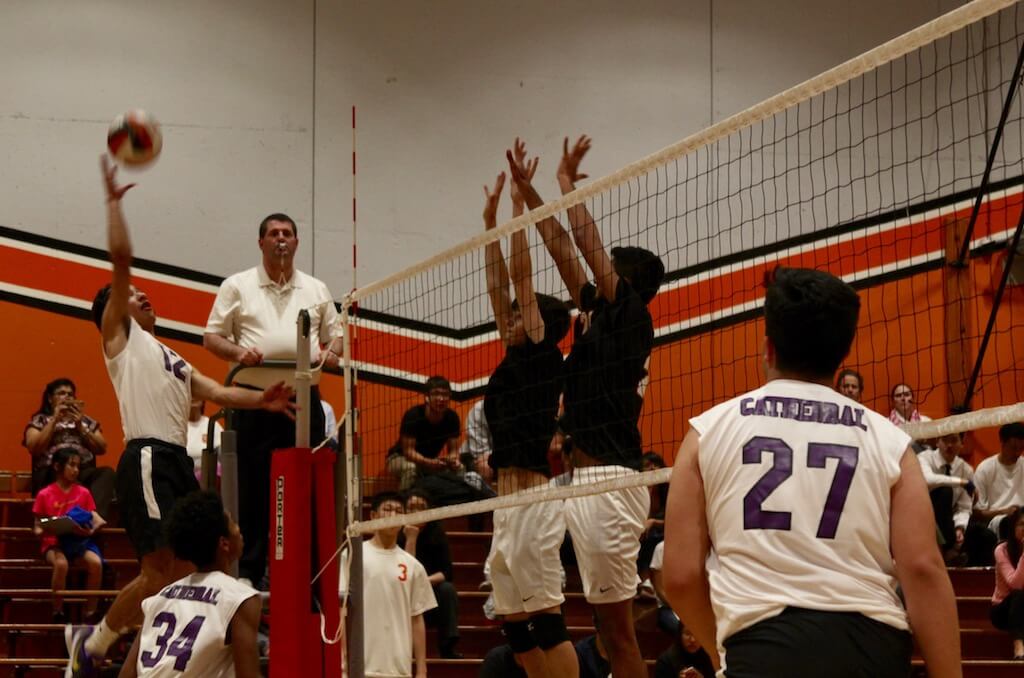 Boys’ varsity volleyball won its second consecutive game of the season in a three set sweep on Tuesday, February 7. The team dominated the Cathedral Phantoms behind the will of the Tigers’ experienced seniors and well-balanced front line. The bleachers in South Pas’ gym were littered with parents, who eagerly cheered as South Pas raised its preseason record to 2-0.

The game was highlighted by impressive performances up front, which allowed South Pas to dismantle Cathedral’s ball movement and maintain control of the net.

“It always feels good to win home games especially when it is the first one of the season,” Vaden said.”We were able to work as a team and as a result we got the win.”
Despite dominating for most of the sets, the team found themselves facing a deficit as time dwindled down in its final match.  The front line faltered as both Vaden and Scholtz were in the back row, subsequently producing small gaps in South Pas’ reception.  With the set at stake, and the Tigers down three, strong serves from Vaden allowed South Pas to turn the momentum and pummel the Phantoms.

The team hopes to carry its momentum into its second home game of the season against Sante Fe, on March 9.