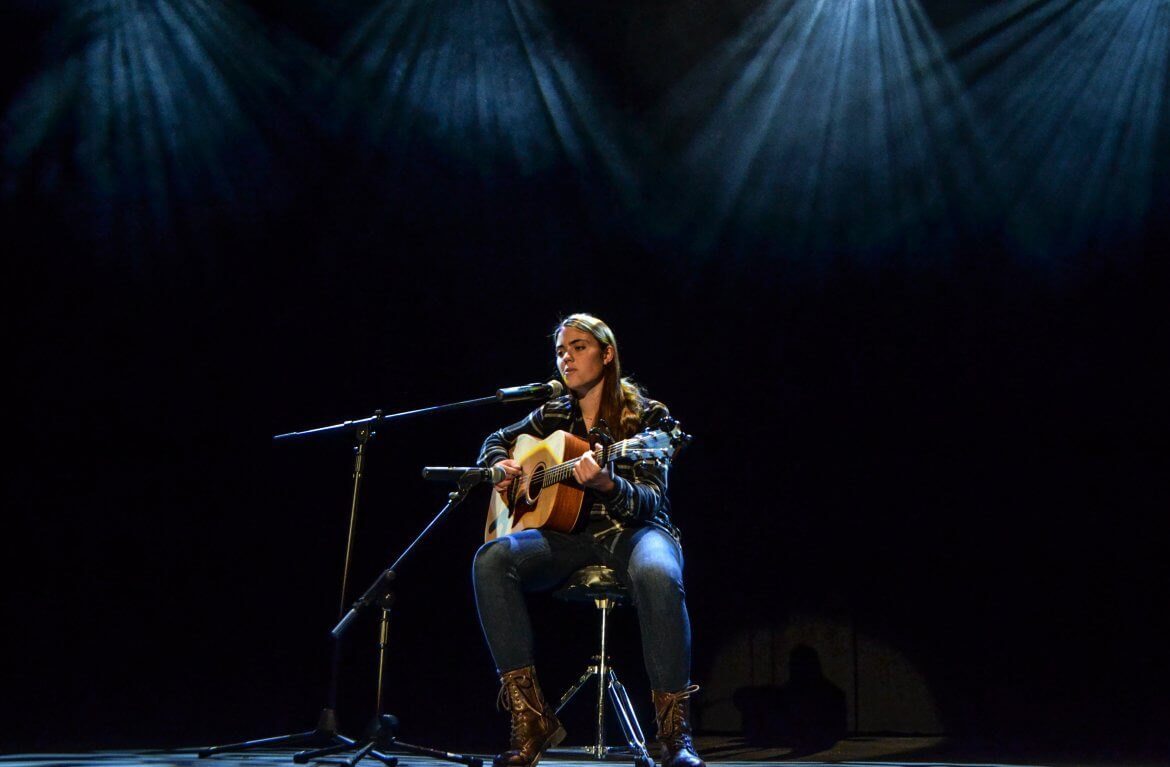 ASB hosted its annual talent show assembly through commissioners and class officers alike, culminating with the annunciation of the Tiger Games tributes on Friday, February 25th.

Seniors Katherine Conte and Anthony Chen opened the show with a ‘magician’ skit carried through the assembly, in which they made Commissioner of Assemblies Charlotte Emerson ‘disappear.’ Her disappearance transitioned into a darker, contemporary dance from members of Dance 3. Senior Isaac Cheong then lightened the mood with an audience-engaging rendition of Adele’s ‘Rolling in the Deep’ before a Pennies for Patients drive announcement.

Class officers and commissioners then introduced ‘Dripping Sensuality,’ made up of sophomores Finley Mullen, Nico Salazar, Jack Campbell, Wressy Baugham, and Jeremy Becker. The group gave a variety act of song and dance to ‘Fashion’ while exhibiting their elaborate costumes, preceding a percussion group called ‘Trash.’ ‘Trash’ livened the audience with energetic drumming on different objects then producing a visual spectacle of glow-in-the dark drumsticks.

Closing the assembly, Commissioner of Academics Kendrick Shen walked out in a purple wig to announce the Hunger Games-themed tributes from each class. Jeffrey Lee performed a solo dance to a K-Pop hit. Commissioner Charlotte Emerson returned to introduce the final act of the show, Sophie Reynolds, with a smooth vocal/guitar rendition of ‘Say You Won’t Let Go.’

“The [whole] experience was very funny; none of the gang knew anything about performing so it was a new deal,” sophomore performer Finley Mullen said. “I’m still trying to decide what exactly came over me when I organized the show, but I think in the end I [really] broke [through] my shell.”