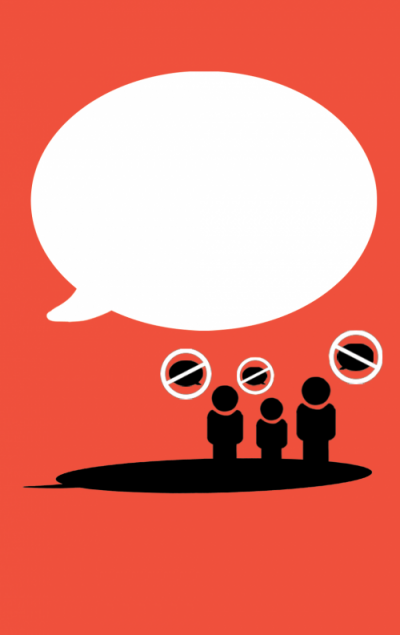 Although diversity in perspectives should be encouraged, classroom discussions must prioritize students who have a deep understanding of the issue at hand rather than 'outsiders.'

Every discussion I’ve ever had pertaining to race in a South Pasadena classroom has left me feeling uncomfortably shameful. I’m practically always the only Black person in the classroom, and oftentimes I’m also one of the only Latinx people. Being the only person in the room of a certain race, sexual orientation, gender, or religion feels uncomfortable on its own. But once students start having conversations about the one thing that makes you different from the rest of them, a part of your identity that they cannot relate to, you start to question your belonging in your school and community.

The conversations that have taken place in SPHS English classrooms for the past few years about issues pertaining to people of color (POC) have heightened my feelings of alienation. This summer, students were required to read The Hate U Give, a novel about a Black teen named Starr Carter, who must constantly switch between the poor, primarily Black neighborhood where she lives and the wealthy white prep school that she attends. The book is centered around the shooting of an unarmed Black teenager, in which Starr is the witness.

My peers, who have lived in the secluded city of South Pasadena for most if not all of their lives, are being forced to discuss a subject that most of them have had no experience with and cannot truly provide productive insight on. The students’ lack of background with these sensitive and complicated topics often leads to the perpetuation and encouragement of misguided understandings about societal issues. Instead of having students dominate the conversation about a topic they aren’t even familiar with, teachers and students alike need to foster an environment dedicated to promoting understanding, not judgement.

These discussions turn into people bragging, but in these cases, bragging about their own misfortunes. Misfortune-bragging causes students to believe that they can handle abstract and mature concepts such as socio-economic hardships, or racism, when in fact they misperceive the issues. This is a direct result of students being forced to interact with something abstract, like growing up poor and Black, in a setting that encourages people to actively respond to and provide their own (misguided) opinions of that thing. This then reinforces the toxic understandings people are reaching.

Every English teacher I’ve ever had at South Pas since elementary school has been white. The fact that there is such a large majority of white teachers in the district contributes to misinformation circulating these conversations, because none of my teachers have ever personally experienced the oppression that they are supposed to teach in the material. Consequently, they are not able to regulate the conversation when it becomes problematic or even just racist, because a  lot of the time they can’t even tell.

In middle school, we read the book Monster and students completely missed the point of the book. They began to develop the mindset that the people in jail (the black people) were animals and actual monsters when the message was that monster is the image that black people involved in crime get but this is due to America’s racist history. My teacher did absolutely nothing about it, in fact, she herself even made rather judgmental comments. This is problematic because it isn’t a productive conversation, but actually the complete opposite. Discussions such as these turn into misinformation, misunderstanding, and harsh judgement of socioeconomically marginalized POC.

There is a prevalent “we” versus “them” mindset circulating throughout these discussions. I continuously hear the phrase “those people” and I think to myself “Am I one of those people?”. Misguided discussions and mindsets have tangible consequences such as leaving students with feelings of isolation and even villainization. This mindset also defeats any goal of getting students to understand the context of the book or the message or the complexity of the characters. It doesn’t build any bridge of connection between students and characters or themes because they develop a very close minded idea of what it means to be a minority. This makes it even harder for marginalized students to speak up because they feel less accepted in their classes and school.

Our school has made all of our summer reading books about Black people for the past three years. I am not exactly clear what the intent of this is. Less than two percent of South Pasadena residents are Black. It seems as though the school is trying to compensate for lack of diversity in classrooms or be “woke”, but since there are no Black people, there is no way to have a productive conversation about these topics. These discussions not only perpetuate, but encourage, the growth of misguided discussions that only get worse the more it gets brought up. Additionally, this essentially alienates Black people even more. If we really want to make up for the lack of diversity in our schools, or are trying to build a better understanding between underrepresented minorities in South Pasadena and its students, then we should be reading books about POC characters that aren’t leading a protest, living in a poor, gang-infested neighborhood, selling drugs to survive, being shot.

Although there is a definite need for stories such as these integrated somewhere in the curriculum, we need to bridge the gap by finding the things that make us all the same and that we can all relate to, while still having the perspective of a minority. We must integrate history of all people of color into history and english class curriculums, while encouraging discussions of understanding, not judgement.

You’re saying that you need personal experience to teach or talk about something? I guess using that logic no one can talk about the Civil War, the Crusades, the Sengoku Jidai, or Napoleon’s conquests. Nor Charlemagne’s rise to power nor any of Roman history or infrastructure. And saying less black people in South Pas is bad doesn’t make the most sense to me, given that I thought that any person could have the choice to live wherever they wish, so demanding a certain number live in a certain area seems a little disingenuous. Also saying that no white person can understand poverty, or hardships like that, because they’re white is pretty racist. Furthermore, why did you say that students though that black people were monsters? Did they act like they though so? If so, then why didn’t they take action to stop the “monsters” in they’re eyes? This entire article seems to stem more from emotion than a logical analysis, and I’m sure you’re a fantastic writer, but I expected more.

you’re such an amazing writer! I second oona!

Needed to be said.

Thank you so much for this article, and for sharing so publicly something that could be very vulnerable. Thank you for giving POC in South Pasadena something that they can relate to and resonate with as well. -SPHS alum