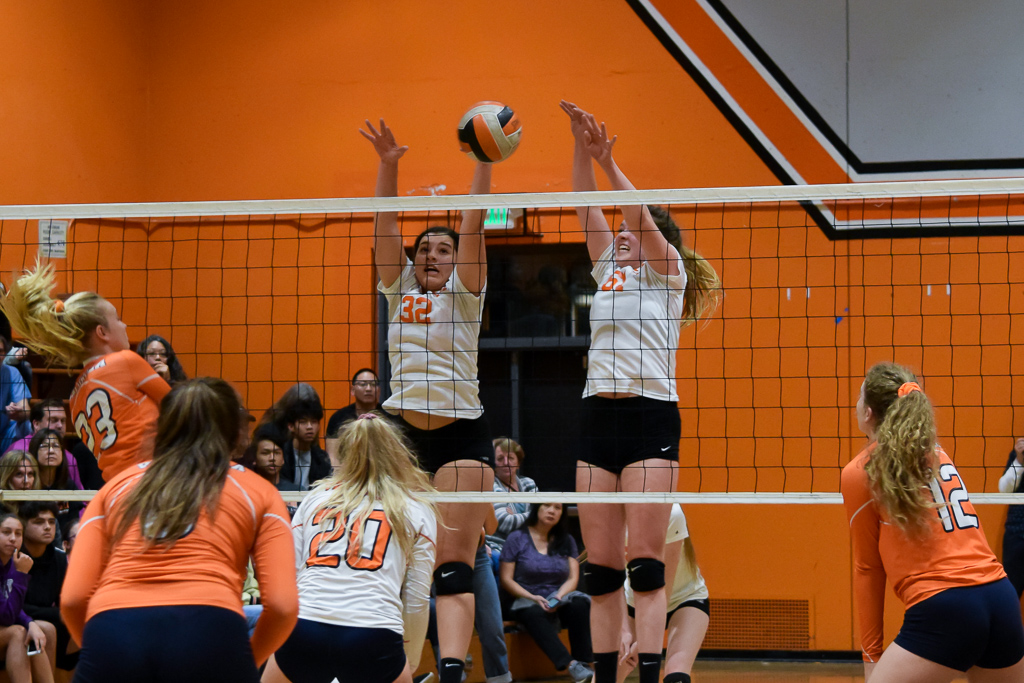 The girls varsity volleyball team continued its CIF Division III State run with a victory over Valhalla in three sets Thursday, Nov. 14. The Tigers will advance to the regional semifinals.

South Pas maintained an early lead against the Valhalla Norsemen in the first set. Junior libero Lindsey Hirano continued her strong playoff performance, however, Valhalla was able to hang around, always lingering a couple of points behind.

While the Tigers played strong, they succumbed to minor miscommunication errors, granting the Norsmen easy points. South Pas started to pull away with excellent blocks from sophomore Kennedy Taylor and junior Carrie Fleming and they eked out a 25-22 set win.

The Tigers jumped out to an early lead that they carried throughout the entire second set. Hirano and sophomore Abby Garner shut down the Norsemens’ offense, always in the perfect position to receive the opposing spikes.

Despite the absence of freshman setter Sofia Reyes, the team’s best passer, the Tiger hitters dominated. Junior Lola Foord, as per usual, repeatedly slammed the ball into Norsemen territory. The Tigers kept up their consistent winning streak and won the set, 25-13.

Valhalla came back from the second set loss with renewed energy, but South Pas never slowed down. Garner continued with her impressive defense, sacrificing her body to keep rallies alive.

Late in the third, the score evened out at 22 a piece and the Vikings even surged forward to take a one point lead. The Tigers scored three unanswered points, including a finishing spike from sophomore Alyssa Sokolow, to win, 25-23.

“We played so well. Our defense was on point tonight and everyone was super energetic. They were supposed to be a really good team, but we shut them down early on.” Fleming said.

The Tigers will compete in the State regional semifinals against Linfield Christian on Saturday, Nov. 16, at home at 6 p.m.

Me + Crepe puts an exciting twist on Chinese street food