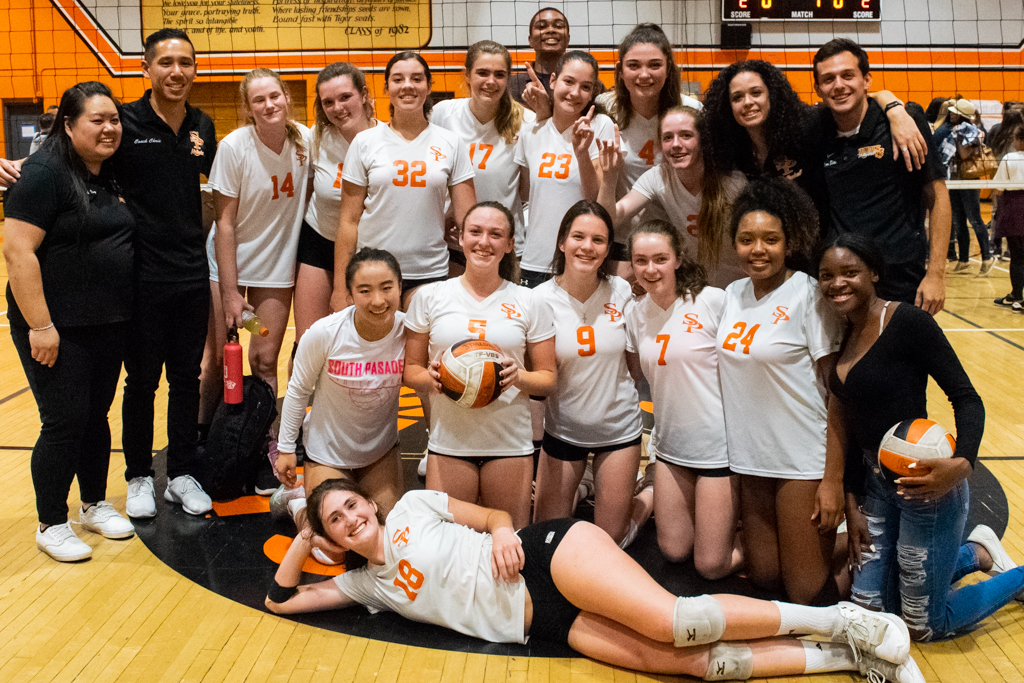 With a 35-7, the Tigers head into the State Regional Finals against the 27-9 Palm Desert Aztecs.

Early on, the Tigers and Lions were tangled in a tightly contested first set. Junior Lola Foord and sophomore Abby Garner contributed strong kills in the first half, but the competition did not waver. South Pas fell short to Linfield in the first set with a 25-21 loss.

The visitors crept back into the game towards the end of the set, but Foord and sophomore Kennedy Taylor tamed the Lions with multiple kills. At a nail biting 24-24 tie, the packed crowd roared in support of the Tigers, but South Pas fell short with a 26-24 loss.

Down two sets to zero and with its season hanging in the balance, the team fired powerful shots at the Lions, leaping to an early 7-2 score. With strong blocks from junior Carrie Fleming, Linfield couldn’t close the gap between the teams and the Tigers confidently finished the third set with a 25-19 win.

Linfield started strong in the beginning of the set, but couldn’t withstand the Tigers’ relentless hitting. South Pas carried a six-point lead throughout the set.

After a set from junior Katharine Florence, sophomore Abby Garner slammed a perfect spike into the Lion libero’s face and opened the score to 20-12. The Tigers closed out the set, 25-21, to force a fifth and final set.

The gym echoed with thunderous screams and high energy as the fifth set began and the South Pas stars delivered. Foord contributed strong spikes, while Hirano made countless crucial digs, even keeping a ball in play with her outstretched knee. The Tigers began to lose their momentum at the end of the set, but hung on to win the final set, 15-13.

“Today we executed really well as a team and everyone had the same goal in sight. We all worked together and pushed through to advance!” Garner said.

Cross country advances to CIF Finals after shining at Prelims