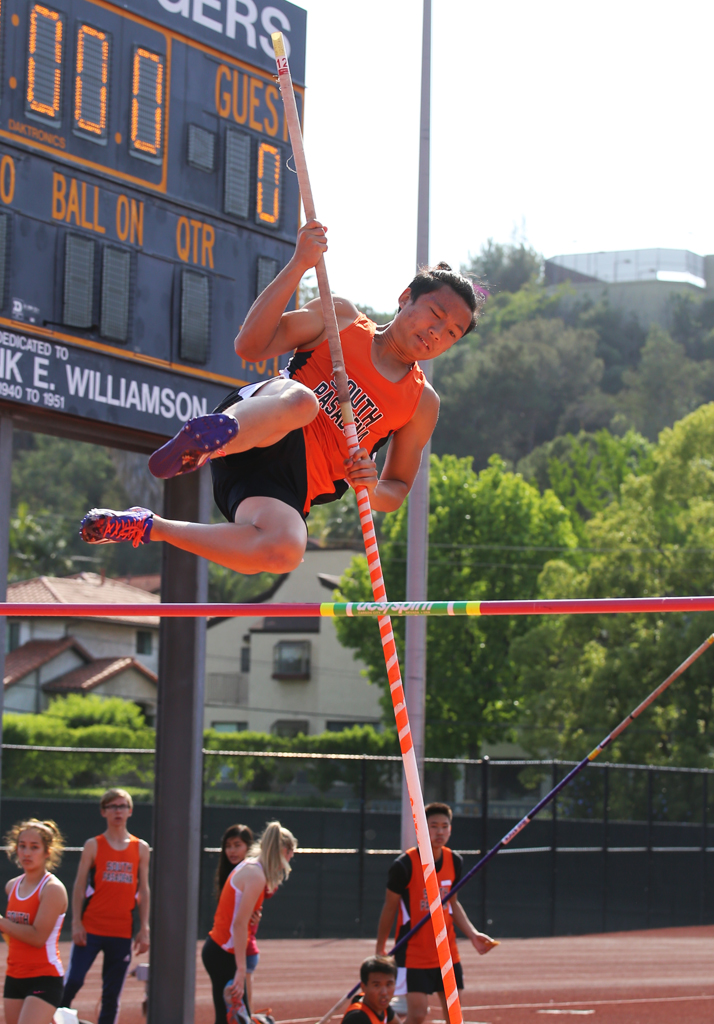 The boys and girls’ varsity track teams swept Alhambra in their first dual meet of the year on Thursday, March 2, at the Tigers’ home. The Tigers took a commanding 98-23 win on the girls’ side, and the boys’ showcased dominance with a 110-11 victory. Both teams continued each’s impressive streak of dual meet wins: 42 for the girls and 21 for the boys.

The Moors’ strongest events were in the distance events on the girls’ varsity side, taking first in all the events. However, sophomore Elizabeth Bock captured second place in the mile with a time of 5:42. Senior Kieran Press-Reynolds and junior Ben Clark placed first and second in the boys’ mile as well with times of 4:26 and 4:51 minutes, respectively, and junior Oliver Chang gave a strong performance in the two mile, winning first at 10:04. Chang also garnered first in the 800 meters with a time of 2:05.

South Pas garnered first place in every sprinting event. Sophomore Ashley Hugasian led the Tigers in sweeping the girls’ open 400 meters with a time of 64.58 seconds, and sophomore Kai Detman followed suit with a 53.71 second quarter. Hugasian also took first in the 300 meter hurdles in 51.14 seconds, and junior Cate Latting picked up first in the 100 meter hurdles in 16.64 seconds. In the 100 meters, junior Jack Renken and freshman Alex Reeves placed first and second with times of 11.76 and 11.81 seconds each. Renken would go on to win the 200 meter sprint in 23.86 seconds. The girls also swept the 200 meters, with sophomore Christina Taylor in the lead. The Tigers continued to dominate in those events, especially on the girls’ side, not allowing Alhambra any of the first three spots in many races. South Pas also found success on all levels on both relays. The girls easily took first in the 4×100 and the 4×400, as did the boys.

“For our first meet, I thought we performed well and everyone did great,” Hugasian said. “We have a strong team and if we continue to work hard then we should be very successful in le

The Tigers next race at the Redondo Nike Invite on Saturday, March 11.

I’m unable to find the track schedule this year. (2017) Does the track team have their one website? Thanks for the great article!

Hello Sam, you can find our track schedule at the link here. Thank you!

Thanks Oliver! Good luck in track season this year!