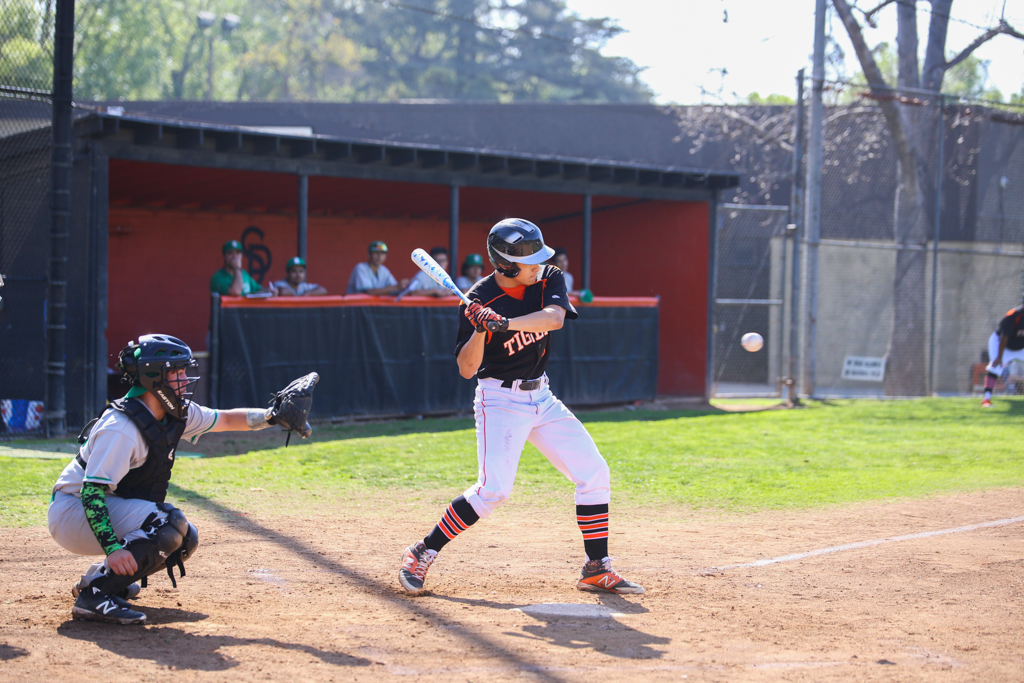 The varsity baseball team is heading into the 2017 season with a newfound determination for success. After posting a league record of 1-11 in the previous year, South Pas hopes to kick off their season with a strong showing in their first preseason matchups.

With the hiring of former junior varsity coach Chris Cortinez, South Pas baseball has now had five different head coaches in five years. The last time the Tigers had a stable coach was in 2010 to 2013, when Anthony Chevrier coached for four years. Although the Tigers have had many coaching changes in recent history, Cortinez hopes to better the team for the long term with his stable coaching style.

“I have known most of these players for years starting from little league and to my year as the junior varsity coach,” Cortinez said. “Now on varsity, I know what they can do when they’re at their best and when they’re struggling so I can talk to them on a personal level.”

A major area that South Pas may struggle with in the season is the loss of its 2016 senior class. Standout pitcher Brandon Louie along with catcher Matthew Shults and batter Connor Dolan may hamper the team’s effectiveness against league opponents.

The Tigers also need to revamp their offense heading into the season. Last year, South Pas gave up an average of 5.5 runs and scored two runs against league opponents. The Tigers hope to solve these problems in the 2017 season with returning players like senior Kevin Park and junior Isaac Luevano, who will lead the offensive charge. Seniors Jacob Luevano and Kyle Ninomiya will also give South Pas depth on the team as well as leadership for the rest of the lower classmen.

“This year we have all our players coming back as well as having better team chemistry with one another,” Ninomiya said. “Our coach understands all of us because of little league and he’ll let us play to our potential and enjoy the game instead of controlling us out on the field.”

South Pas has shown promise for the future in their most recent win against Polytechnic last Tuesday, February 28. The Tigers made quick work against the Panthers’ pitching and ended with a runaway 14-3 score for their first win of the season.

The team will continue to work hard before the start of Rio Hondo League play on Wednesday, March 22 against La Cañada.