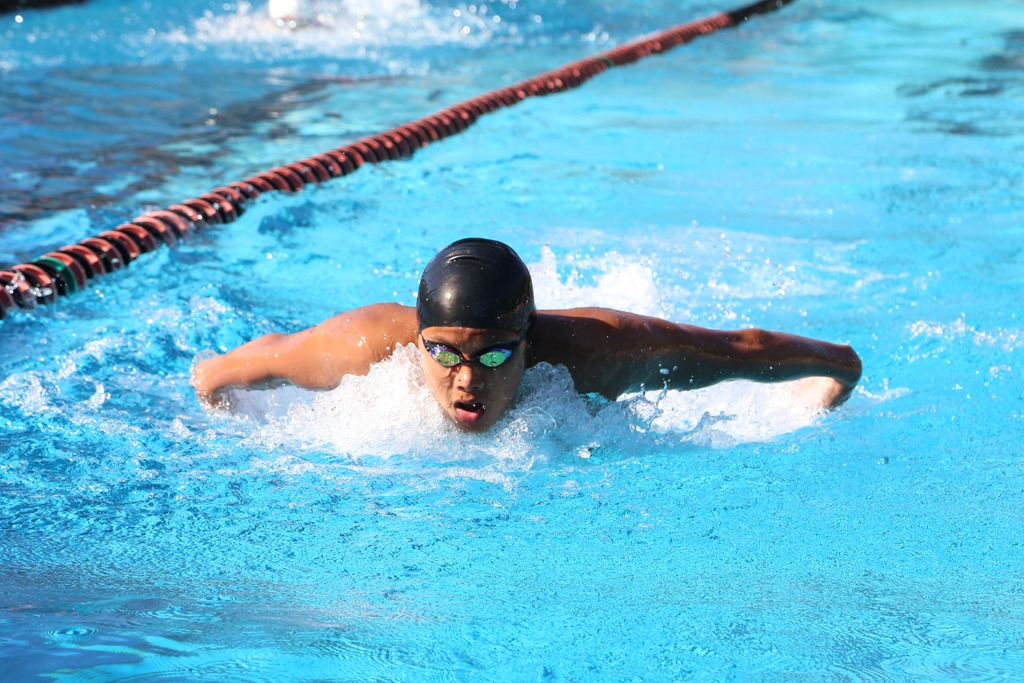 The boys and girls’ swim team won out over Baldwin Park High School at home on Thursday, March 3. The victory marks a strong beginning for the Tigers as they start a new season.

“I was really nervous because I had never gone to a high school meet before, but I had so much fun and I loved the energy that our team created cheering for each other during races,” said Zenas.

The boys also scored highly, with a total of 125 points to their competitor’s 37. Senior Alexandre Sannibale did more than his part to support his team, winning first place in the 500 Freestyle, 200 Individual Medley, and the 100 Butterfly.

Because Baldwin Park does not have a Junior Varsity team, scores were not recorded for South Pas JV athletes.

The team will compete at Arcadia High School on Wednesday, March 8.