Top Posts
The food industry is to blame for America’s...
The learning styles conundrum: What is the theory’s...
SPHS athletic department update on season one sports...
Don’t justify misogyny as racial progress
Photos of the month – February
Residents condemn Caltrans’ use of law enforcement to...
Reopened outdoor dining boosts profits and morale
Mental health cannot be commercialized
SPHS dominates in first league meet of the...
City reaches $450,000 settlement over Marquez officer-involved killing
Home Featured Track and field shows out at Mustang Round-up
FeaturedSportsTrack and FieldWeb Exclusive

Track and field shows out at Mustang Round-up 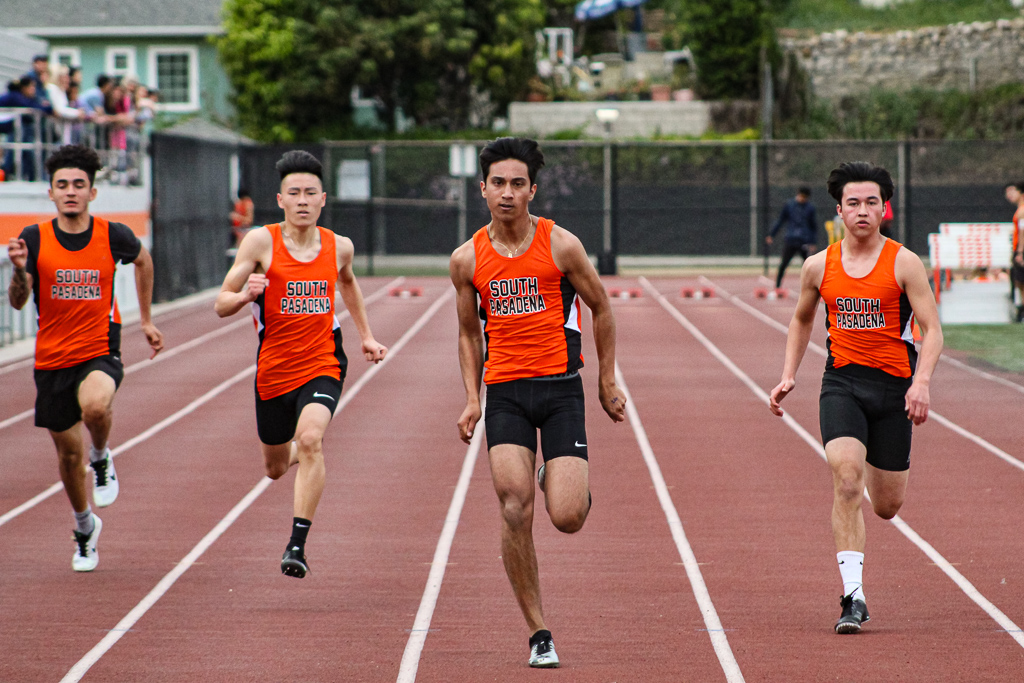 The Tigers will compete at the Redondo Nike Invitational on Friday, Mar. 13.

The track team performed well at the Mustang Round-up on Saturday, Feb. 29. The invitational, just days after Alhambra, included difficult competition from much larger schools. Despite this, the Tigers produced a number of personal records and individually placed within the top 10 in nearly every event.

Juniors Terrel Mansano and Ferrel Mansano placed third and fourth, respectively, in the 200m with times of 22.72 and 22.73. T. Mansano also earned fourth in the 400m, while senior Gianna Beasley came in at third place in the women’s event.

Senior TH Wei placed first in the long jump at 21’4.75”, and earned second in the triple jump. Senior Kevin Kang came in third in the same event, with a personal record of 43’8.50”.

“Despite being tired from Thursday’s meet against Alhambra, we had a solid performance today on all levels,” Clark said. “Overall, this race bodes well for the rest of the season, since it shows we can perform well even at two back-to-back meets.”

The team will compete at the Redondo Nike Invitational on Friday, Mar. 13.