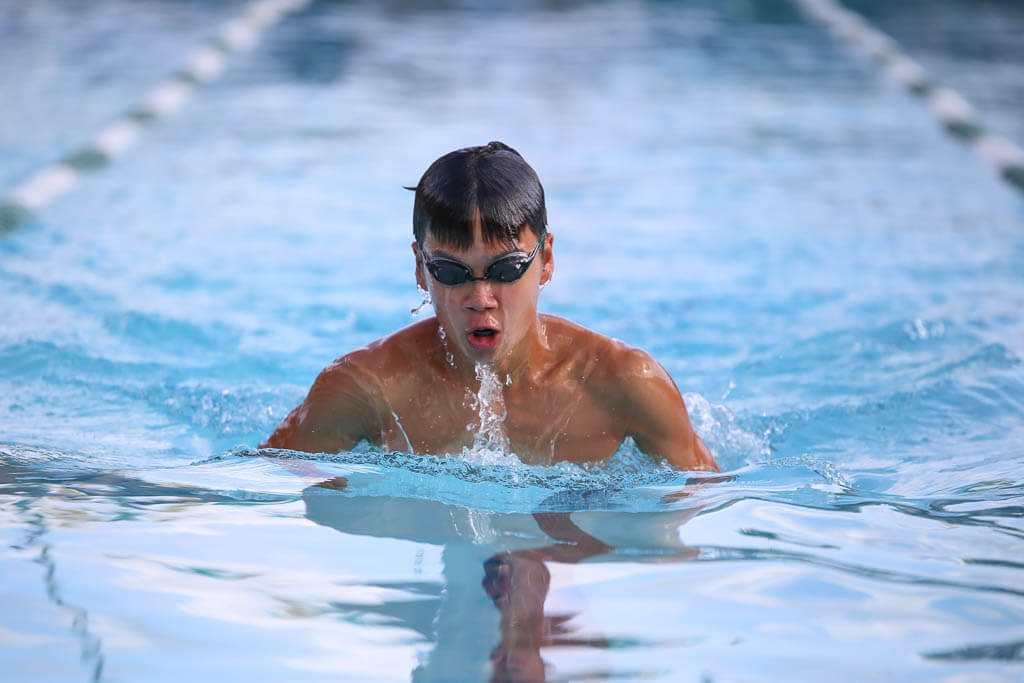 Freshmen Albert Zhou, Hyun Kim, and Evan Kowal and senior August Many were very successful in the 400 Freestyle Relay, nearly tying up the score. The win nearly closed the point gap, but La Cañada managed to keep their lead until the very end. Zhou also excelled in the 200 Individual Medley with a time of 2:28.15, four seconds faster than his time for the same event on Tuesday.

Sophomore Kate Rogers also dropped her time by two seconds from Tuesday’s meet in the 100 Freestyle, winning the event. Junior Lily Defulgentiis won both the 50 and 100 Freestyle. Defulgentiis also swam in the JV girls’ 200 Medley and Freestyle relays, both of which South Pas won.

Spirits were high as the Tigers treated the team’s seniors to thoughtful gifts and notes in honor of their last home meet. Many swimmers felt especially proud of the team after having worked together for the past four years.

“For the majority of the team, saying goodbye to the seniors was really hard. They are what holds our team together and push others to do better. Even I, a junior, look up to them all the time,” said junior Nicolas Alvarez.

The team looks forward to a competitive meet away against San Marino on Thursday, April 27.