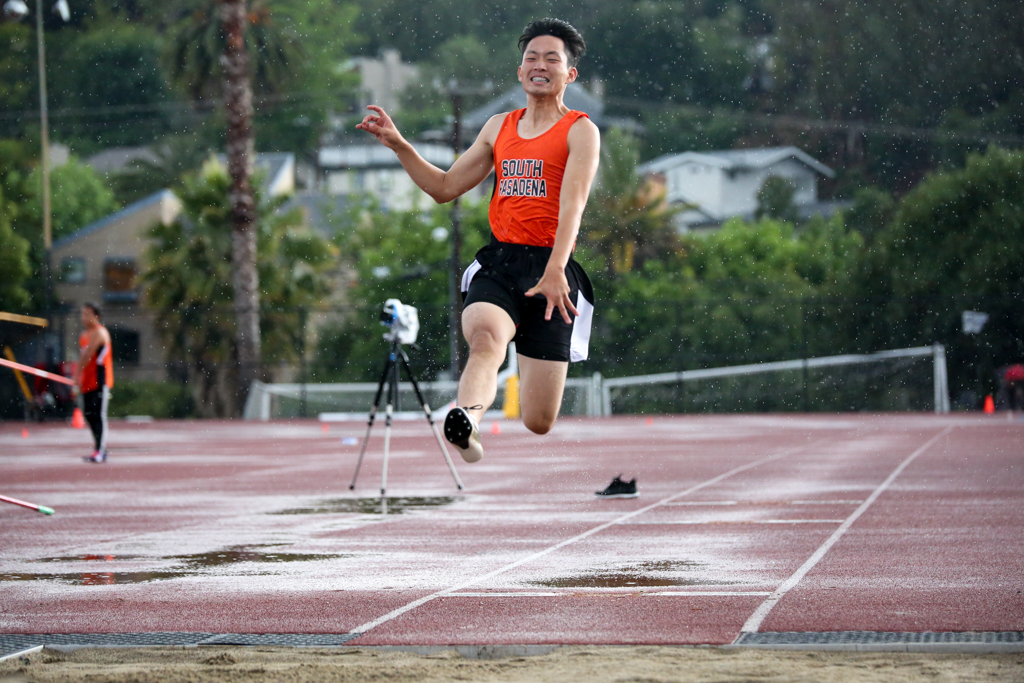 The varsity track teams claimed another straight victory over Temple City in their final home dual meet on Thursday, April 20. The girls defeated the Rams by a wide margin of 107-20, while the boys also won at a score of 80-47. Previous to the meet, coaches and athletes had worried about the boys’ performance as they were seeded to win narrowly by two points. However, several athletes had standout performances to ensure a solid victory.

The girls’ 4×100 meter relay team gave the Tigers a commanding start, easily winning by five seconds with a time of 50.54. The boys were not as lucky, however, as the final leg of the relay fell behind by two thousandths of a second to fall to the Rams at 45.453 seconds.

Both distance teams dominated over Temple City, and the boys were bolstered by junior Oliver Chang, who took first in the 800 meters, 1600 meters, and the 3200 meters. Freshman Gianna Beasley won by a wide margin in the 800 meters with a time of 2:26.16, and sophomore Lindsey Calva earned the top spot in the mile.

In the sprint events, South Pas swept the girls’ 100 meter, 200 meter, and 400 meter sprints. Sophomore Christina Taylor, senior Amelia De Young, and sophomore Ashley Hugasian took first in each, respectively. The boys, however, did not fare as well. Only sophomore Kai Dettman would capture first in the 400 meters, though senior Max Schoerner and freshman Tianhao Wei placed second and third in the 100 meters. Junior Jack Renken also garnered second in the 200 meters.

The boys were also unable to win first in any of the hurdle events. Wei managed to grab third in the 300 meter hurdles, and junior Josh Ng snatched second in the 110 meter hurdles. On the girls’ side, juniors Cate Latting and Tiffany Holmes placed first in the 100 meter hurdles and 300 meter hurdles, respectively. Holmes was narrowly followed by junior Franny Cross, who was three tenths of a second behind.

The Tigers were also successful in the field events. Senior Taylor Holmes and junior Ben Martinez earned the top spot in shot put, and the boys swept in high jump. Junior Molly Round, South Pas’ top female high jumper, took first yet again in that event. Wei easily won the triple jump, as did Hugasian on the girls’ side. Beasley dominated in long jump, as did Schoerner for the boys.

South Pas easily won the girls 4×400 meter relay to cap off the easy meet, though the boys’ team lagged behind to take second. Dettman gave a final push, making up a large deficit in distance, but it was not enough to overcome the Rams.

The Tigers next face La Cañada and Blair at La Cañada High School on Thursday, April 27 in a double-dual meet. This is South Pas’ final league competition before league preliminaries and finals.