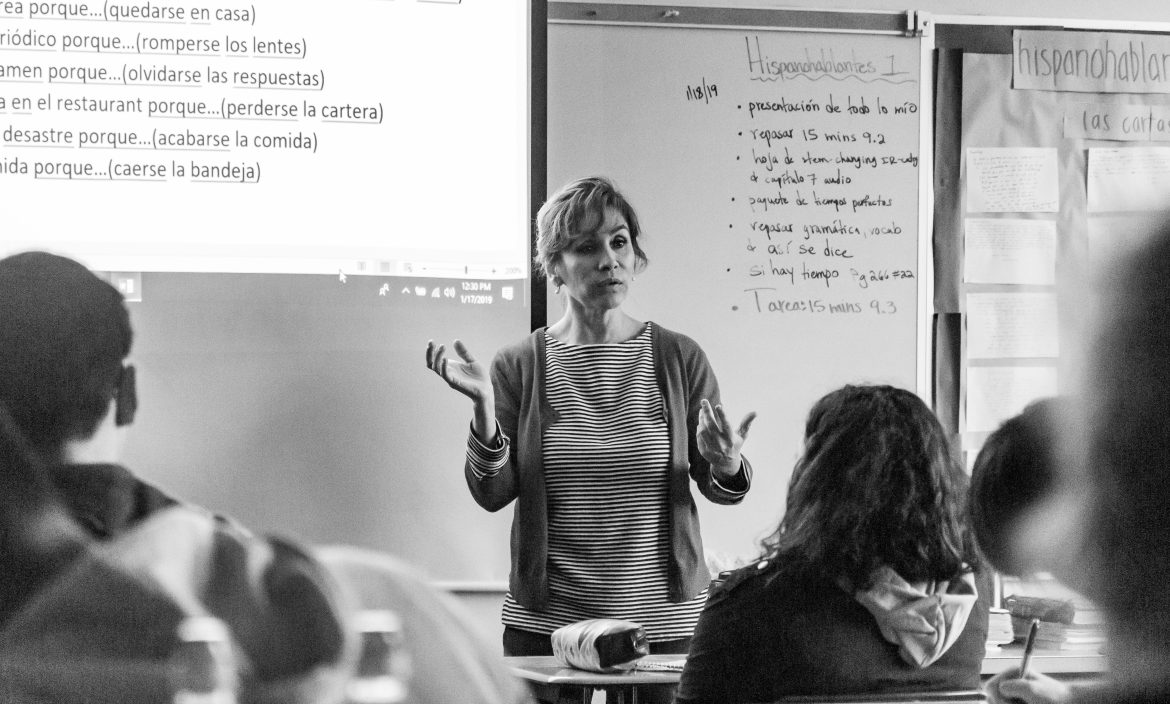 Raised with Catholic values, Spanish teacher Elsa Laron strives to perfect her homegrown values: putting family, community, and now, as a teacher, students first. Laron has kept up her father’s mantra, “work hard for everything or don’t work hard and you won’t have anything.”

Spanish teacher Elsa Laron showed up at her first party in the US wearing a full length gown. Before immigrating to the US, Laron had never been to an American party, nor worn a mini skirt. Born in El Salvador and raised in Costa Rica, such an act would have been seen as a betrayal of Latin America’s religious culture. Laron’s newfound college friends resorted to cutting the dress, leaving her, for the first time in her life, in a mini skirt.

Raised traditionally by her Catholic mother and father in Costa Rica, Laron’s childhood was starkly different from the day-to-day lives of most SPHS students. Her life was constricted to trips to school, church, and the market — only when accompanied by one of her nine brothers or father. Laron’s early life in Costa Rica quickly shaped her views on family and how her family should interact with each other and the community.

An omnipresent piece of her upbringing, Laron’s father — an accountant by morning, small business owner in the afternoon, and professor at night — taught her the importance of responsibility, accountability, and hard work.

“My father always told us, ‘work hard for everything or don’t work at all and you won’t have anything. But make sure that when you get older and didn’t take advantage of all these opportunities available in front of you, don’t blame somebody else for you failure.’ My father was the most responsible man I have ever met.”

Now, as a successful high school and former college instructor, Laron finds time to take trips back to El Salvador and Costa Rica with her husband and children. Her experiences in South Pasadena, Texas, and the US as a whole have prompted her to return to El Salvador three times as an adult. Motivated by her family values, belief in the importance of an education, and the hardships endured by children in El Salvador, Laron regularly buys groceries for locals, after-school snacks for children, and has fully paid for the education of two Salvadorian high schoolers.

Laron’s concern for the wellbeing of children extends past her experiences in El Salvador. As most of her current or former students would testify, she possesses a level of compassion and care for her students that is unprecedented in most other teachers, even at a school such as SPHS.

Laron still isn’t comfortable showing up at parties in a mini skirt, and the rest of her values have remained unchanged. The rigors of a stiff upbringing in Latin America’s religious culture left Laron impressed with a strict adherence to family, friends, and the well-being of her children and her own students.