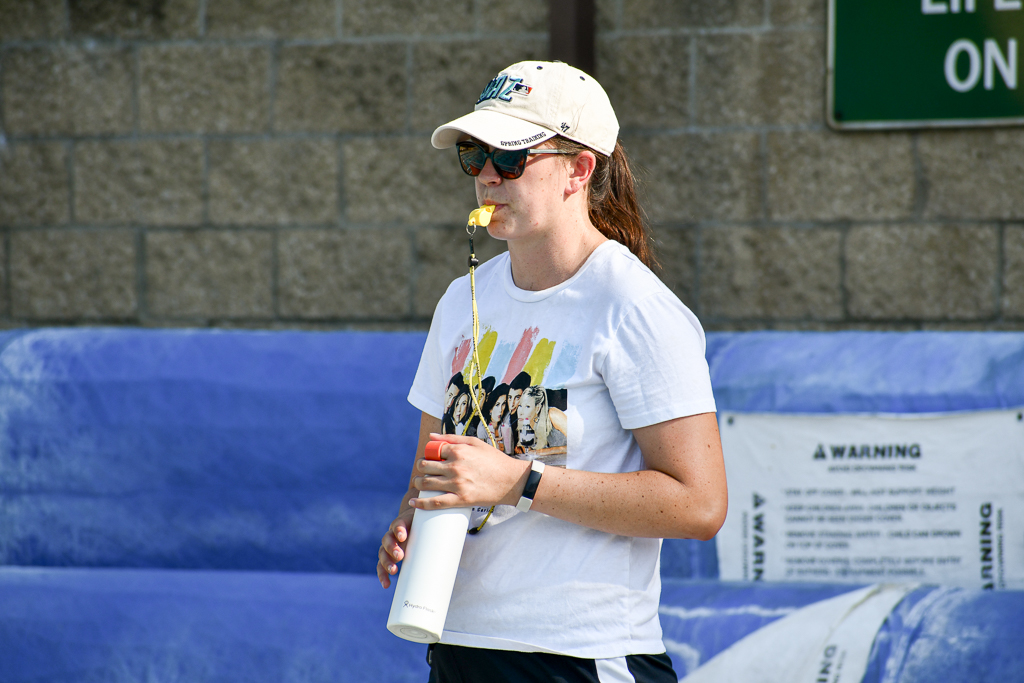 With years of training under her belt, new varsity water polo coach Lindsey Garcia is prepared for a successful season.

The SPHS Athletic Department promoted assistant coach Lindsey Garcia to head coach for boys and girls water polo mid-season in August 2021, after Michael Gonzales stepped down from the position.

Garcia first started playing water polo at age 13 in a local youth sports foundation and eventually joined the local Rose Bowl water polo team. She competed with the Rose Bowl team during her time at Eagle Rock High School in Southern California and later was recruited to play on the California State University; Northridge Division 1 team in college.

“I think we’re going to do pretty decent in league,” Garcia said. “It’s kind of hard because we haven’t seen teams, so we don’t really know what they look like. [We’re] trying to get into tournaments.”

To maximize practice time, she schedules varsity to practice in the morning before school on Mondays, Wednesdays and Fridays, and in the afternoons on Tuesdays and Thursdays. Varsity is centered in skill building. During practices, players execute scrimmages with each other, like how to score or defend another person. Junior varsity is centered around individual player development and swimming basics, which involves more practice time.

“We have a good chance this year to go undefeated again in league,” Garcia said. “We have four really strong seniors this upcoming season. In general we have a really huge senior class; we have 12 seniors on varsity. There are only three people who aren’t seniors on varsity. [We’re] trying to make sure we have games and opportunities for everyone to play and making sure it’s a good environment.”