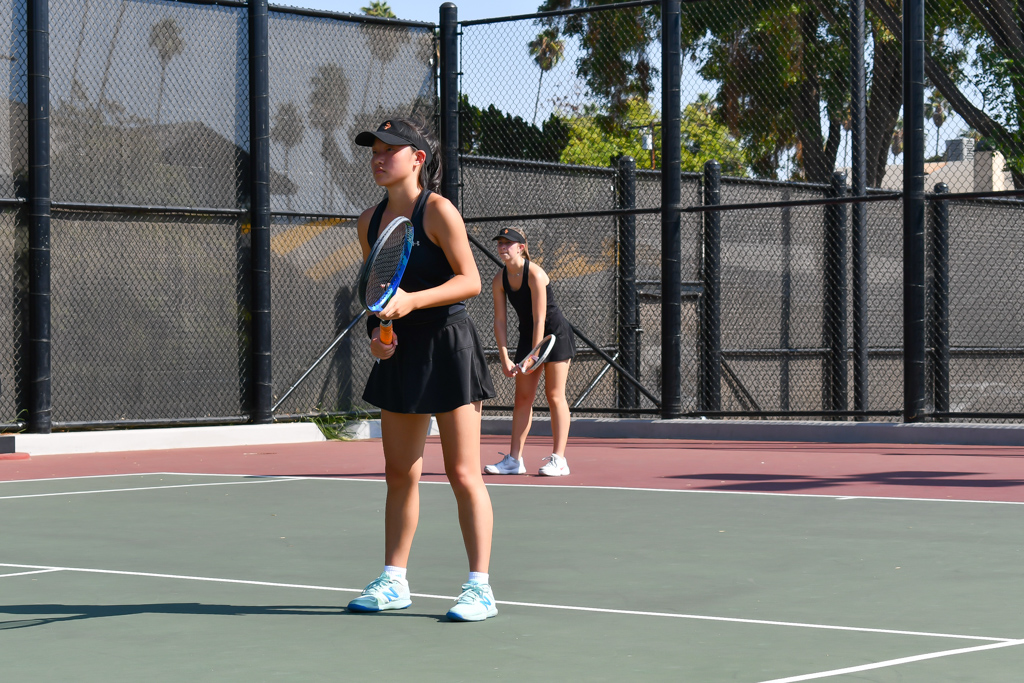 Girls tennis reigned victorious against the Immaculate Heart Pandas with a score of 14-4 at their match on Thursday, Sept. 16. This leaves the Tigers with a pre-season record of 7-2.

The singles squad squeezed past the Pandas, narrowly scoring five of the nine sets played. Singles one, junior Talia Yoo, who was later subbed out for sophomore Ella Chang, only managed to secure one set with a score of 6-0.

Singles three, sophomore Katherine Tam, subbing for junior Serin Hwang, also followed in similar suit only scoring one set with a score of 6-1. However, singles two, junior Kyra Campbell won all her sets, only going into a tiebreaker in the first set.

However, the doubles squad earned a sweeping victory against their opponents, winning all nine sets. Doubles one, senior Stephanie Li and freshman Claire Chen, breezed past their opponents scoring an impressive 6-3, 6-1, and 6-0. Doubles two, juniors Charlie Kami-Duffin and Sarah Chung, struggled slightly, nevertheless locking in their three sets with scores of 6-2, 6-4, and 7-5. Doubles three, sophomore Isha Safra and senior Sarah Uwabo wrapped it up, shutting out their opponents with ease, ending the game with scores of 6-2, 6-0, and 6-2.

The Tigers will play the Alhambra Moors in a game on Tuesday, Sept. 21.