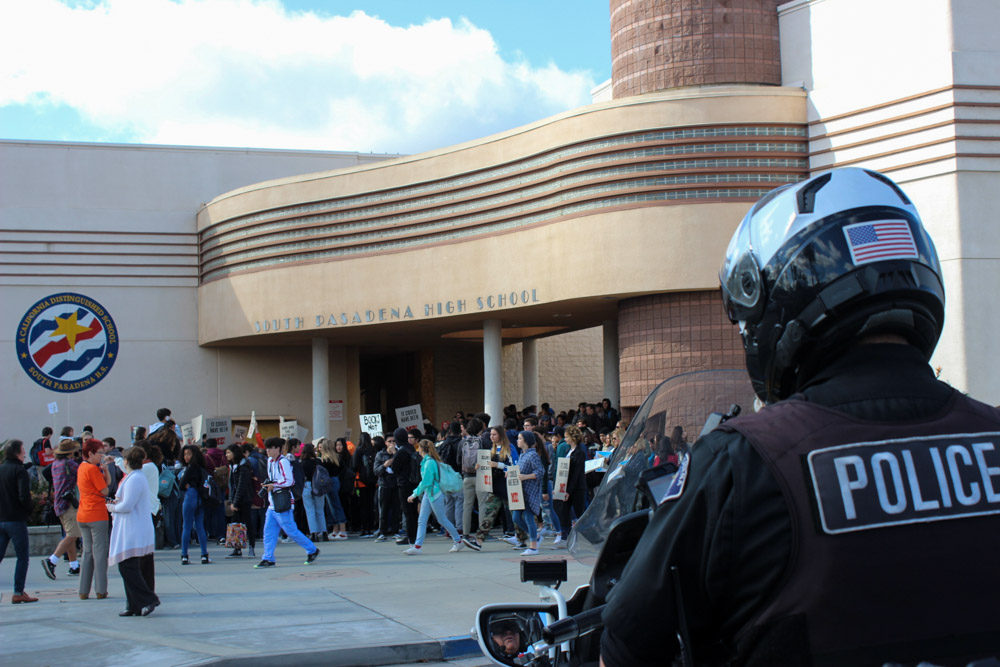 As part of their duties, the School Resource Officer participates in student wellness checks and files abuse reports.

Having police officers on campus has become a largely unquestioned part of a student’s life, but with recent calls to defund police across the nation, more students are pushing to eliminate their School Resource Officer (SRO) and to reallocate funds towards mental health resources.

In South Pasadena, the SRO and SPHS collaborate on various student services, like wellness checks and abuse reports. When the SRO is not asked to come in, they are stationed as a detective at the police department. If law enforcement is needed on campus, the SRO is normally the first one notified.

“The idea [for the position] was that if students see the officer as a resource (hence the name of the position), they would have another safe adult to contact if there was a reason to do so,” Principal Janet Anderson said. “ It was to expand the availability of people to assist kids.”

According to the South Pasadena Police Department (SPPD) Chief Joe Ortiz, the SRO also serves on the School Attendance Review Board, shows up to sports events, and acts as an unofficial counselor to students. However, some students have had uncomfortable experiences with the SRO.

“I got called in and [the SRO] sat me down (for the record I didn’t do anything wrong, someone turned in a picture of a vape and me in the same photo) and he acted like I killed someone,” an anonymous student said. “He lectured me like he was my parent and he ended our conversation by saying that he could call cops to my house[….] He was very unnecessarily rude.”

Students who have not interacted with the SRO directly also have concerns about the position. They believe that there should not be a police officer on campus and that funds should be reallocated to mental health programs and positions, like social workers.

“I feel unsafe having police officers on campus,” an anonymous student said. “I have never felt comfortable around firearms so having them on campus in any capacity is frightening. Besides holding intrusive check-ins, I don’t know what the officers are intended to do. Our campus would be a much better place if the funds [currently] used for a resource officer were [instead] allocated for more mental health resources.”

Currently, SPHS does not have a full-time social worker. When on campus, Natasha Prime is available three times a week and splits her time between the high school and middle school. Still, SPHS has renewed the SRO position for another year.

Students and teachers rally together in support of wellness day

So in your research where does the money come from for this position. The school does not pay for the position so if it is removed where would the money go cause it would not be available to the school for another position. Without him coming to the games on his SRO time then the school would then have to pay for reserve officers for those games costing the school more money.