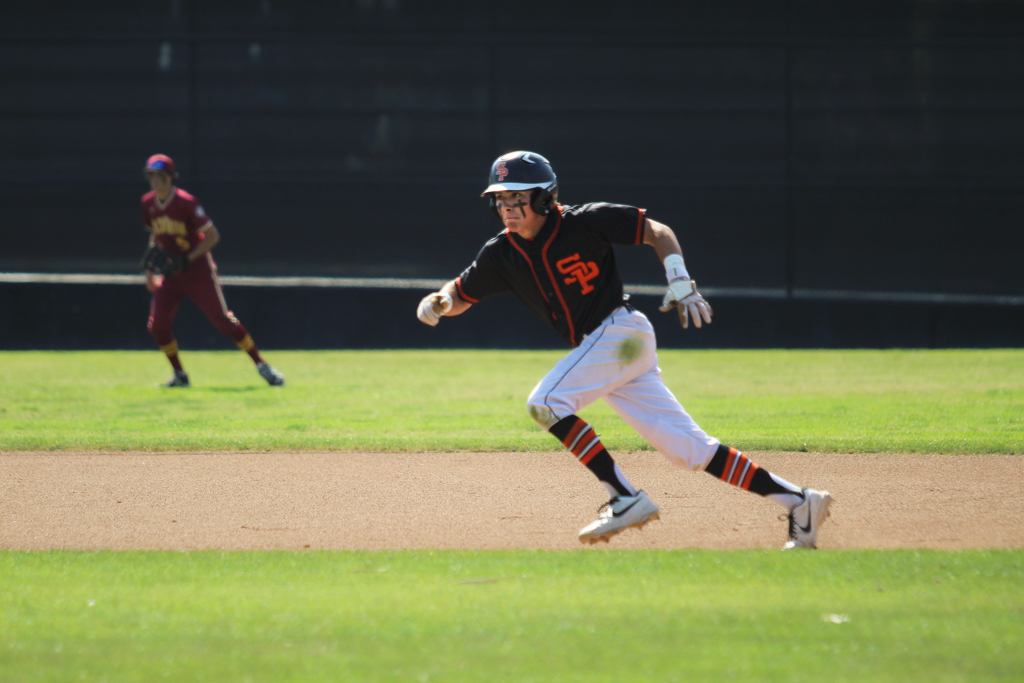 Varsity baseball captain D.J. Pearson will play for the Bard Raptors next season.

Senior and varsity baseball captain D.J. Pearson announced his commitment to play Division III baseball for the Bard Raptors in New York on Wednesday, April 27, via Instagram. The middle infielder aims to continue his success on the diamond and take advantage of the education Bard offers.

Pearson has been playing since he was two years old, and has bounced around numerous travel baseball teams from the age of five.

“Baseball is so embedded in my brain that I don’t even remember learning the game of baseball. It’s always been my life,” Pearson said. “When I first started playing I was two and a half years old…from there I was on my first travel ball team when I was five.”

Pearson has played varsity baseball for three years and contributed to a historic CIF run in 2021. He hopes to cap off his South Pas career with a deep run in 2022.

“My proudest moments have come from winning as a team. It’s most rewarding for me to get team wins,” Pearson said. “I’m proud of knowing that I contributed to the game in a positive way whether it be saving a run in the field or scoring a run. And then the moments that I live for are the moments that we deliver those wins, like the big win we had against Monrovia or sweeping San Marino this year.”

He will train on and play for Trombly this summer in preparation for Bard baseball. After anchoring second base, terrorizing pitchers in the batter’s box, and leading the league in stolen bases as a senior, Pearson eyes to carry over this success to Bard.

“My goal has always been to play at the next level, just to have the opportunity to play at the next level, I’m so thankful,” Pearson said. “I think only 7.5% of all high school baseball players go to NCAA, so just the fact that I’m in the 93rd percentile of baseball players in the entire country, that in itself is a huge accomplishment. At Bard, I really just want to ball out, my goal is to help contribute to breaking the school win record.”

“I chose Bard because I thought it was a great fit for me for many reasons,” Pearson said. “I loved the school when I visited, thought the learning style environment was the most ideal for me, loved the coaching staff, the facilities, and the guys on the squad.”