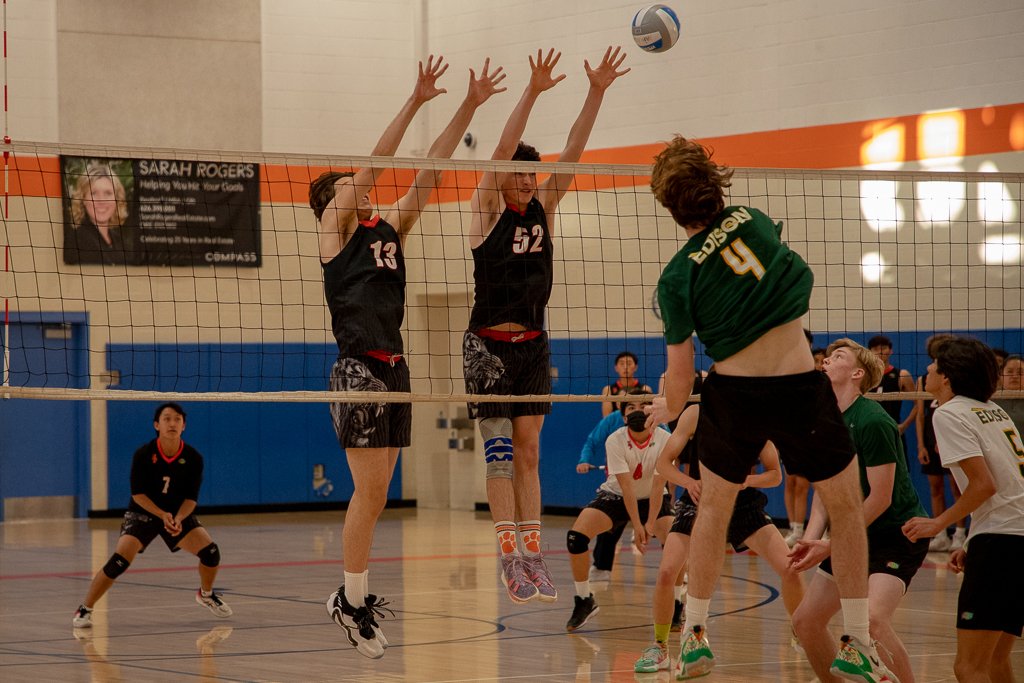 Despite continued efforts, the Tigers were unable to withstand the Charger's plays.

Boys’ volleyball crumbled to the Edison Chargers in its second CIF round on Saturday, Apr. 30 in the South Pasadena Middle School gym. Even with an elevated team performance, the turbulent game ended with the Tigers falling quickly in three sets on an unfamiliar court.

The first set was a neck and neck fight for dominance as Edison quickly cushioned themselves with a six point lead. Not long after, South Pas began to pick up the pace with strong serves from junior Aidan Hilger and short spikes from junior Declan Swift.

The two teams exchanged a number of rallies, intensifying the score. A series of spike-outs from the Chargers led the Tigers on a steadier rhythm, but ultimately the Tigers were unable to maintain the momentum and let the Chargers lead. Tips from junior Nick Chabot and blocks from Swift and senior Michael Favela paired with numerous mistakes from Edison propelled the Tigers ahead. Fighting till the end, the Tigers attempted to hold the lead but a series of failed saves and a long rally led Edison to take the first set 25-21.

The Tigers refused to let down in the second set as they fell into continuous high energy and gritty play. A strong spike by junior Aaron Quan followed by impressive saves and passes by sophomore libero Kai Muñoz gave South Pas a strong start.

Not long into the set, a red card was administered to the Edison coach with the referee citing trash talk from the bench as the point of reason. The tense game fostered an intense and high-pressure atmosphere, sometimes paired with hostility. With this, Edison did not back down as they maintained swift blocks for South Pas spikes. Later on, freshman James Dowd offered an impressive tip and Edison’s failed dig gave the home team the upper hand. Even after a number of rallies and attempted digs by senior Tony Rodz, the Tigers were unable to secure the resurgence in the set and fell in a tight score of 25-22. 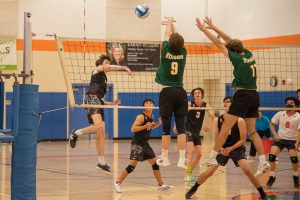 South Pas needed a comeback – and fast. In order to stand a chance at winning the game, the third set was crucial for the team, but come the third set, the Tigers were beginning to lose their momentum. The Chargers swiftly took an 11-point lead, forcing the Tigers to play a game of catch up. A hard spike by Hilger and a failed tip by Edison drastically shifted the atmosphere.

South Pas made an impressive comeback and brought the score up to 17-11. In a moment of excitement after an impressive block, Dowd celebrated and was issued a yellow card. The Tigers fought hard but Edison took a third set advantage and pulled ahead for a majority of the rest of the set. Ultimately, South Pas was finished off by Edison in the third set 25-17.

“[The game] was very turbulent…but I think our energy dropped and that was the reason we fell,” Muñoz said. “[CIF] was really fun, we made it to the second round last year so I was really happy with that.”

Boys’ volleyball ended their 2022 season placing second in the Rio Hondo League and making it to the second round of CIF. The last time the team made it past the second round was 2017, but with a large pool of junior athletes and promising underclassmen, the Tigers are set for an extremely strong future on the court.

“I feel like we had really strong and consistent energy on and off the bench. It really helped us carry the hard points that we lost… it carried us throughout the whole game,” Favela said. “We had a lot of weight on our shoulders, but we were very prepared, very ready to come out.”