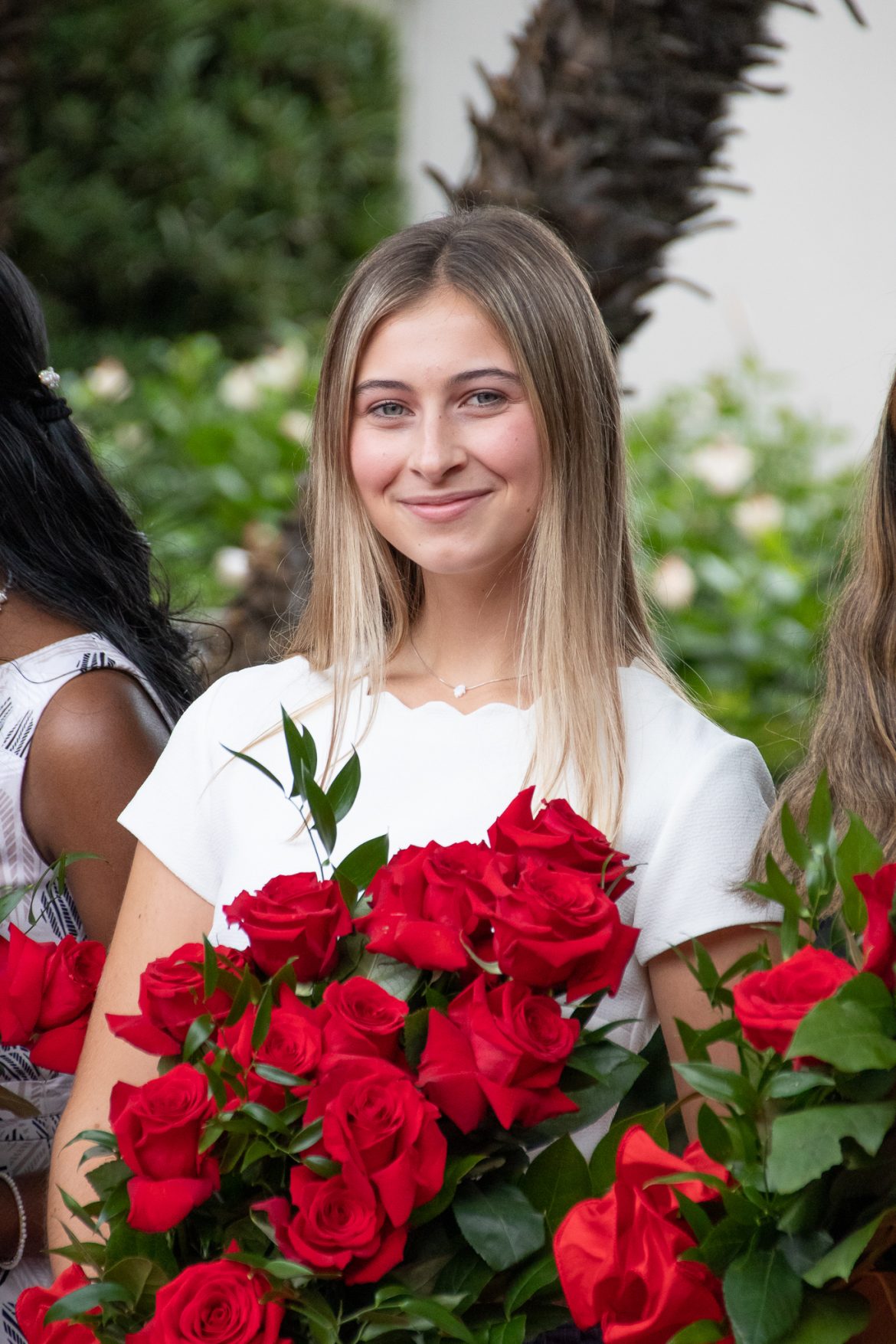 Representing South Pasadena is one of many things that senior Ava Feldman is excited to do in her role on the Rose Court.

Feldman began the interview process in early September, in addition to several other seniors from SPHS. Fellow senior Samantha Molina was also a top contender in the selection process, placing in the final 29. Candidates from over 40 schools went through multiple rounds of interviews spanning across the month of September. After each round, candidates were eliminated and those remaining were given interviews with increasing amounts of time.

At the ceremony on Oct. 4, Chair of the Queen and Court committee, Stephen Perry commenced the widely anticipated celebration at the Tournament House. Shortly after, President of the Tournament of Roses Bob Miller, announced the seven finalists who were presented with a bouquet of roses, photographed, and interviewed by local media outlets.

“Being selected from the incredible 29 finalists was surreal,” Feldman said. “All of the girls were more than qualified and all had incredible resumes. I was completely shocked when my name was called because I did not think I stood a chance after talking to some of the applicants during the interview process.”

As the only princess from SPHS on the court, Feldman is expected to stand for and embody the South Pasadena community through her role. Feldman’s acceptance onto the court continues a three-year trend of princesses from South Pasadena, with the most recent being alumna Cole Fox in 2019.

“I know that there are so many amazing people in this city and I hope that I am able to represent our town to the best of my abilities,” Feldman said. “I have been able to reach out to some past members of the court as well as SPHS alumna Cole Fox. She was there when I was selected and has been there for me through the process. Her guidance and knowledge has been comforting and given me great advice on how to balance all the different aspects of my life now.”

Rose Court princesses are given the opportunity to represent their communities through philanthropic organizations and hands-on volunteering. On a more personal level, princesses are able to develop their public speaking and etiquette skills. Each of the seven princesses will also receive a $7,500 educational scholarship. There are numerous qualities that panel judges look for in applicants for the court. These include qualities relating to the theme of the parade; this year’s being “Dream. Believe. Achieve.” The princesses are selected based on their involvement in youth leadership, public speaking ability, academic achievement, and community and school positions.

Feldman has a strong presence at SPHS, playing on the girls varsity tennis team and leading Copa de Oro as Editor-in-Chief. Along with activities on campus, Feldman also takes part in outside programs including Girl Scouts and National Charity League, where she volunteers with local organizations.

On Tuesday, Oct. 26 one of the seven princesses will be announced and crowned as queen at the Tournament of Roses coronation ceremony. The Citizens Business Bank-sponsored event will be held on the front lawn of the Tournament House and will also be live-streamed via the Rose Court’s YouTube channel.