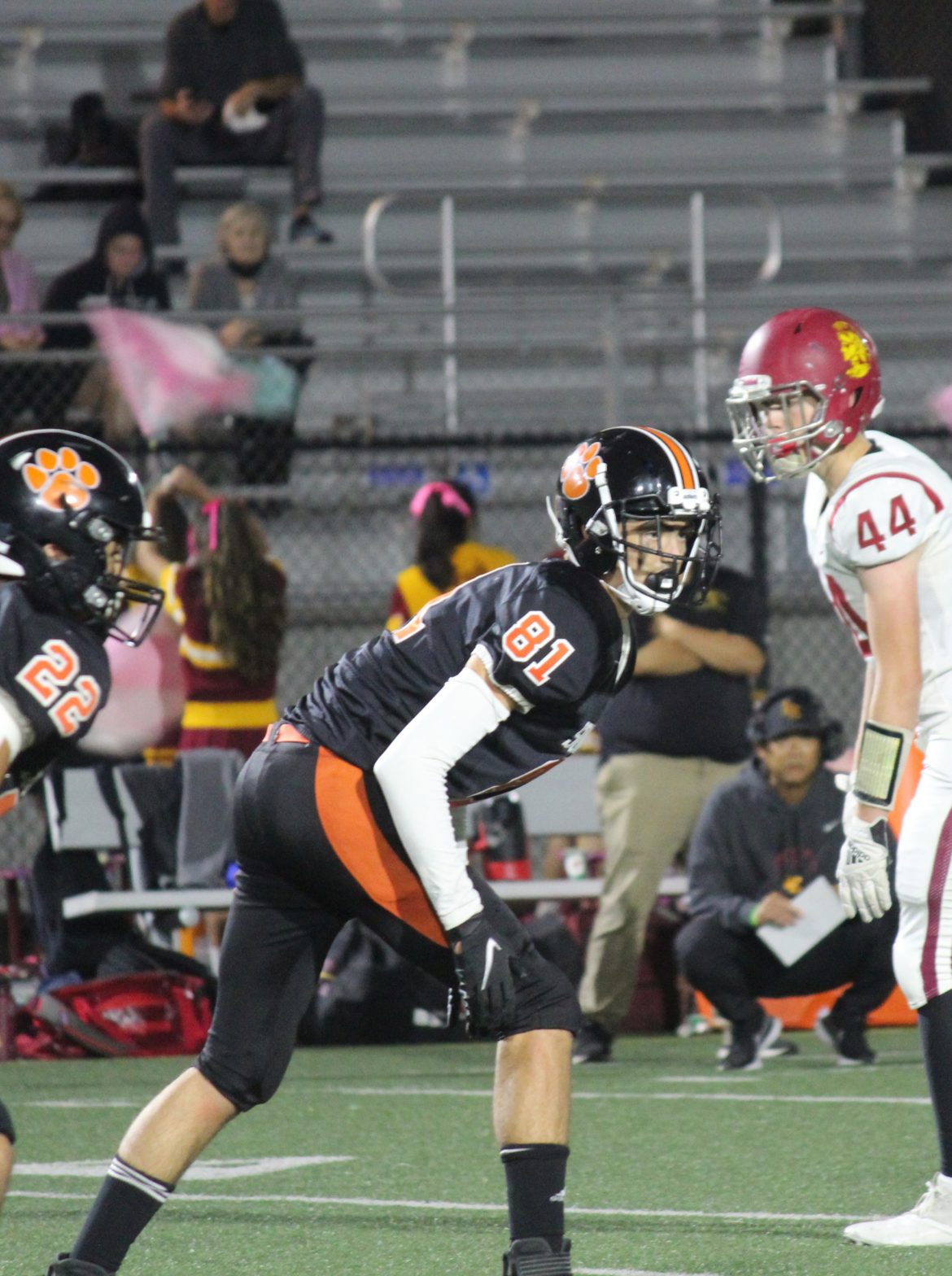 Defensive back James Dowd hopes to follow in his grandfather’s victorious footsteps as a freshman on varsity football.

When the SPHS football team needs a defensive spark or first down catch, they turn to 6 foot 4 inch freshman James Dowd for the answer. Combining height, strength, and speed for a unique skill set, Dowd moved up from JV to Varsity two weeks into the season.

He has made an immediate impact on the team on both sides of the ball with a touchdown reception against Alhambra, critical tackles against Heritage Christian, a forced fumble against Marshall, and a game-sealing sack against La Cañada. Dowd has racked up over three tackles per game, and has added four tackles for a loss and two sacks to his early high school football statline. All of the football abilities and instincts Dowd has demonstrated on the field are in his DNA.

Dowd inherits much of his talent from his grandfather, the late Merlin Olsen, who was a Hall-of-Fame football player for the Los Angeles Rams. Olsen played 15 years as a defensive tackle and earned a spot on the NFL’s All-Time Team Top 100 Players in League History. Although he passed away early in Dowd’s life, Olsen’s accomplishments left a strong impact on him and sparked his interest in the game.

“I want to keep the legacy going,” Dowd said. “[My grandfather] influenced my family and my family taught me football. He inspired me to play.”

Dowd’s football lineage continues as two of his great uncle’s, Phil and Orrin Olsen, played in the NFL. Another of Dowd’s uncles, Nathan Olsen, was a standout defensive lineman in high school and college; he also gives advice to Dowd after games to help him improve.

Dowd started playing flag football five years ago in a local league and continued throughout middle school. The pandemic interrupted his eighth grade season, which made him even more eager to get back on the field. When he finally did, it was in full pads for tackle football. 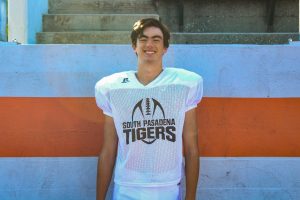 “Even only playing tackle [football] for a few months, some of the best memories have come this year,” Dowd said. “Scoring the touchdown [against Alhambra] and hanging with my teammates stands out.”

The adjustment from flag to tackle football is often a difficult one, with tackle football requiring immense physicality not seen at lower levels. For Dowd, however, the transition amplified his appreciation of the game.

“Tackling makes the game more fun…it feels real,” Dowd said. “To see the quarterback running to the outside, knowing you can stop him from getting to the sideline, that’s real.”

Dowd used frequent workouts and casual games with friends to prepare him for high school football. For Dowd, football at its finest was often nothing more than tossing spirals to friends at the park during the pandemic, but those throws and pick-up games also acted as a form of training.

“I just really love the game,” Dowd said. “I’m excited to try to play well this year and improve.”

Although he follows in the footsteps of his Hall-of-Fame grandfather, Dowd has not felt forced to live up to Olsen’s unrivaled career.

“It’s not really a pressure to play football,” Dowd said. “It’s more of here’s something he did, you can do it too.”