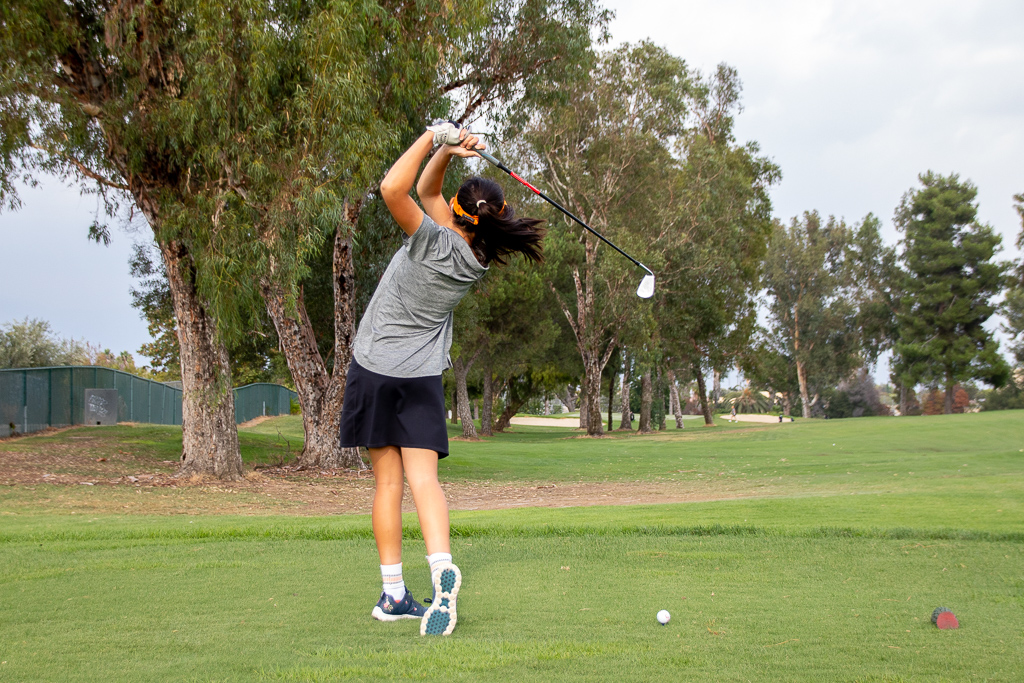 Senior captain Lauren Calderon was named the Rio Hondo League's MVP/Champion for her fourth year after she shot a 68 (-3) during Tuesday’s game.

Girls golf ended their league season in second place at the Rio Hondo League finals on Tuesday, Oct. 19 after being tied with San Marino for a majority of the season. Although many concluded their individual matches, senior captain Lauren Calderon and freshman Lana Yamagata advanced into CIF Division 2 Individual Regionals. Calderon was also named the Rio Hondo League’s MVP/Champion for her fourth consecutive year while playing for SPHS.

Calderon took charge with a phenomenal 68 in the 18-hole course. Yamagata completed the course in 78 strokes and freshman Sophia Gwin in 83. Seniors Audrey Biggar and Cassy Huang followed with scores of 89 and 90, respectively. Junior Kyra Nielsen rounded out the lineup, tallying a score of 101.

While tied with San Marino in the Rio Hondo League at the time, the team also claimed victory over La Cañada High School at their rematch on Tuesday, Oct. 12 at Alhambra Golf Course and led with an impressive margin of 183-242. This match marked the lowest score the team has played in at least four years. They also claimed victory over Alhambra High School with a total score of 185.

“This season was really exciting and definitely a learning experience as it’s my first time playing in high school matches and competing in League Finals. In the beginning, it was a bumpy road to understanding how matches worked and what was needed of me during the season,” Yamagata said. “I was thrilled to have the ability to play with such nice and welcoming girls. On the day of League Finals, I knew I had to try my best to qualify for the next round.”

Calderon and Yamagata are set to begin the first round of CIF Division 2 Individual Regionals on Wednesday, Oct. 27 at Los Robles Greens.

City Council to cut investment ties with ExxonMobil and Chevron