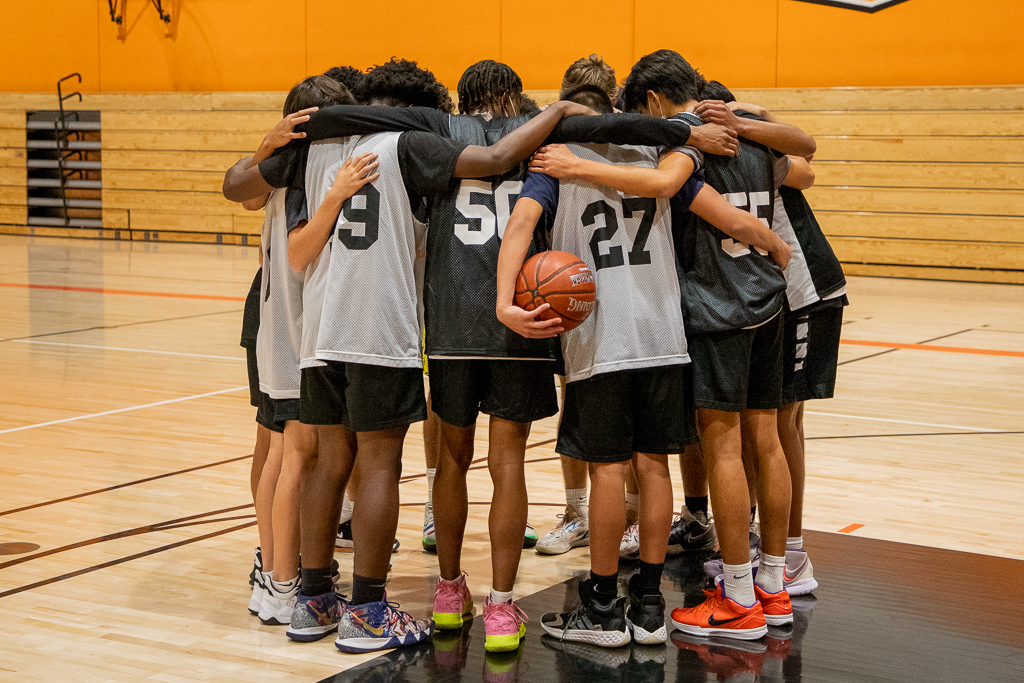 With a deep 18-person roster, boys basketball is primed for a successful season in the competitive Division 3A.

After an unconventional last season when they placed second in the Rio Hondo League, boys basketball has set its eyes on a successful upcoming season. With powerful seniors and third-year head coach Ernest Baskerville, the team is looking to secure a league title with renewed momentum as a Division III team — anchored by its tight-knit bonds that transcend the court.

The Tigers have a balanced lineup this season with ten seniors, three juniors, and five underclassmen. With the loss of five valuable graduated senior players last year, many of the returning seniors are hoping to continue the program’s legacy and reputation. Star players include senior shooting guard Sage Wayans and senior guard Jonathan Guy. New additions to the varsity squad, like senior Jaequon Santos, who moved up from last year’s JV team, and sophomore Nathan Kawasaki, possess promising qualities to help lead their teammates.

“My hopes for the team would be for us to go all the way and win CIF and state, and that everyone has fun playing this season,” Wayans said. “I feel like the [team’s] dynamic is way better this year than last year due to all the returning varsity members.”

Along with a large returning roster and experienced leadership under Baskerville, the team has grown uniquely close during the offseason. After a summer of practices and bonding, numerous players refer to the group as their family.

“I really like this group and I’m going to miss them when they leave,” Baskerville said. “We’re a family.”

In addition to the team’s camaraderie, integrity remains one of the program’s core values both on and off the court. Each year, Baskerville asks the squad what they plan to value this season and how they intend to play. This year, the team wants to be known for playing hard, an aspiration they hope will carry them to CIF and state.

In three years, boys basketball has managed to move up multiple divisions, a trend Baskerville and the players hope to continue this upcoming season. In the 2018-19 and 2019-2020 seasons, the Tigers finished fourth and third place in league, respectively. Last season, they earned second place in league, with a 15-8 overall record.

The squad will not be facing a height disadvantage this year, as the majority tower over six feet. The Tigers are looking to edge over their rivals San Marino and La Cañada this season to sustain a streak started from previous years.

The team has already participated in numerous preseason tournaments, winning a majority of them.

The Tigers are preparing for a matchup against the South Hills Huskies in their season opener on Monday, Nov. 22 in front of home fans. Meanwhile, their first Rio Hondo League game kicks off on Wednesday, Jan. 5 against the Monrovia Wildcats