Top Posts
Rising Senior Nicholas Chau commits to dive for...
Breaking the unspoken rule against voicing my opinions
Coping and cutting my hair
Anime carries surprising weight
Competition is fracturing
Stop telling me that distance learning is easy
Discovery identity
Finding the right fit
My high school experience as a game of...
SPHS celebrates the Class of 2021 at graduation...
Home Featured Richards steps down as head football coach
FeaturedFootballNewsSportsWeb Exclusive 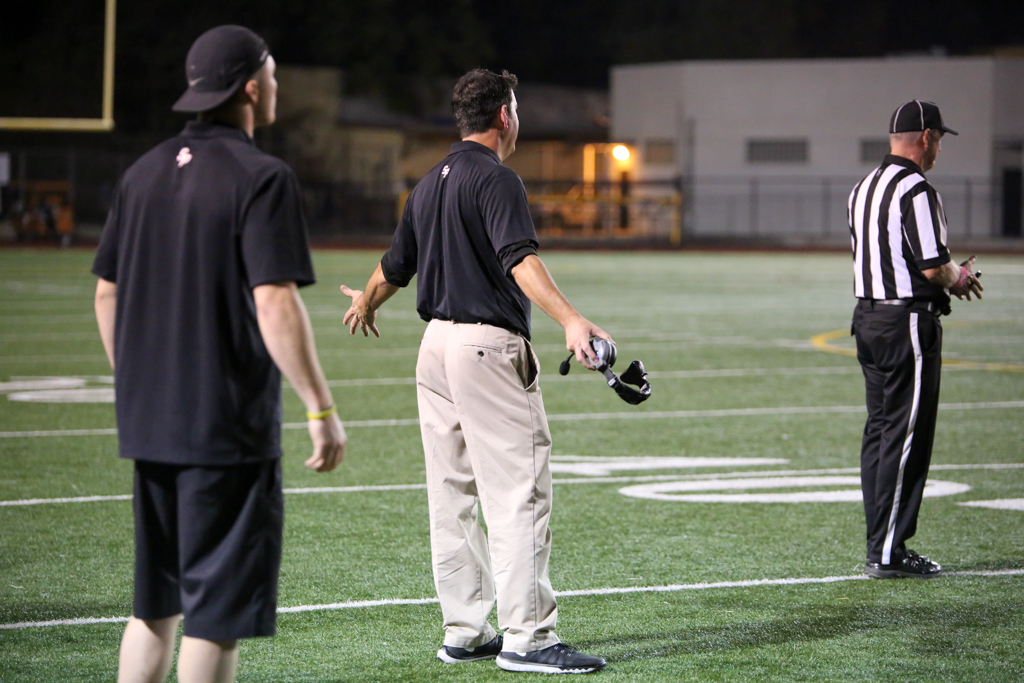 After two years of contention in the Rio Hondo League, head football coach C.B. Richards has stepped down from his position due to personal and financial related reasons. Richards announced his resignation from the program in the weight room on Thursday, February 9. An official letter was sent to team members and their families shortly after. Former Assistant Coach, Jeff Chi, will step in as interim coach until the Athletic Program finds a suitable replacement.

The demands of my personal life and financial obligations continue to grow,” Richards said in a letter to the program. “So, it is with a heavy heart that I make the decision to step away from the SPHS head coaching role and perhaps find an opportunity to coach somewhere in a lesser capacity, where I can manage both my personal obligations and coaching role in a smarter and better way.”

Richards, who has been leading the football team for two years, will continue to work with players to prepare for the upcoming 2017 season. Despite guiding the football team to second place in Rio Hondo League last season, he has decided to forgo his executive position in order to pursue his career as an entrepreneur. The former coach will soon debut his new business venture, Sports Logic, a sporting event management company. He will, however, remain with the school in order to maintain his position as the head coach of the track and field team.

Richards finished his tenure at South Pas with a 15-5 overall record, concluding one of the most successful periods in recent South Pasadena football history. After serving as an assistant for seven years, he made the Tigers a prominent force in Rio Hondo, while also ending a thirteen-year playoff drought.

As the track head coach, Richards is busy with preparations for the upcoming spring season.  He will lead the team following numerous coaching cuts, which removed eight  assistant coaches from the program. As the football preseason nears, he will help to expedite the process of finding and integrating a new head coach. In addition, Richards will stay around to train with players on the team.

“I will continue to be available to the players after school in this off-season to assist with speed, strength, and skill training,” said Richards.
The shift in power comes as a surprise to many varsity football players, who have grown comfortable under the steady hand of Coach Richards.

“We’re all a little disappointed that we need a new coach after only two seasons,” junior Jackson Totleben said. “It’s hard to first mesh with a new coach and get in rhythm before his first season begins, but I’m positive Mr. Luna will pick someone familiar with the program.”