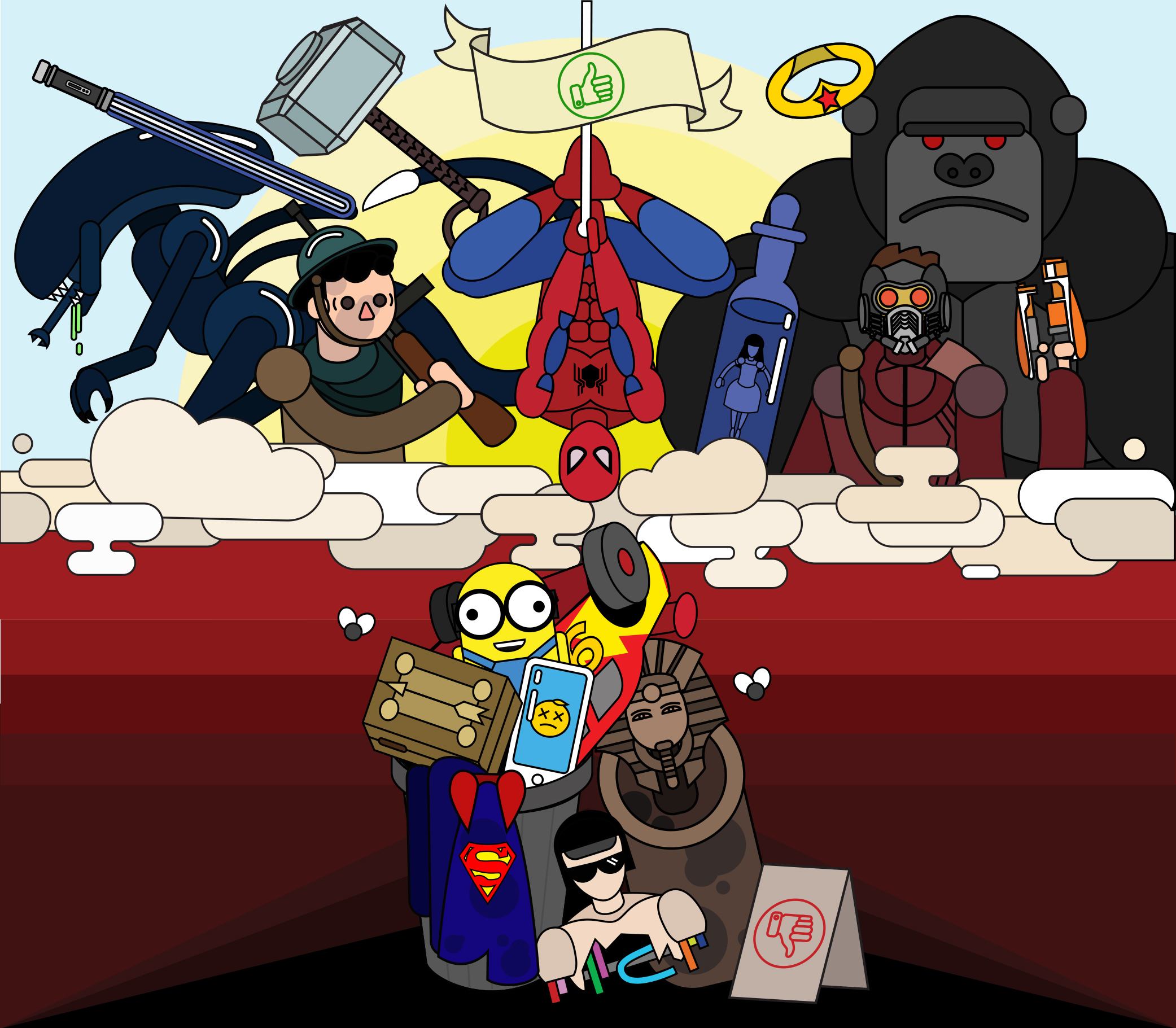 2017 could be the best year yet for superhero movies, with releases like Thor: Ragnarok, Guardians of the Galaxy Vol. 2, and Wonder Woman. However I’m most excited for the upcoming Spiderman: Homecoming, which promises to give new life to the web slinger’s films with a totally revamped cast and new story tied into the Marvel Cinematic Universe. Following the utter failure of 2007’s Spiderman 3, the disappointing Amazing Spider-Man, and its 2014 sequel, the Spiderman series has been in desperate need of a makeover. Where 2017 might falter is with Justice League, one can’t help but fear for the upcoming event film, given director/writer Zack Snyder’s two previous films, Batman V. Superman (Directed, written) and Suicide Squad (Written) were both plagued with serious issues when it came to characters, pacing, and tone.

Sequels and a Sidequel

This year looks to be a  Not including the ever growing canons of superhero franchises, we are seeing the anticipated release of Star Wars Episode VII: The Last Jedi, sequel to 2015’s The Force Awakens. Alongside these sequels comes the release of Kong – Skull Island, as Legendary Studios is beginning to build a cinematic universe of classic movie monsters, with Kong being set in the same universe as 2014’s Godzilla. What piques this writer’s interest in the release of Alien: Covenant, a sequel to 2012’s Prometheus, the new addition to the Alien Franchise promises to bring audiences on a return route home to what made the xenomorph scary with a claustrophobic environment, dirty and cluttered halls, and convenient air vents.

With a wave of sequels, hopes for 2017 to be a year choked with original stories is slowly being crushed, this feeling is compounded by a few oncoming summer and spring releases. Two particular titles dog the year and are certainly striking a sense of terror into this writer’s heart: The Mummy and Ghost in the Shell. A remake of an already repeatedly remade series, The Mummy stars Tom Cruise and Russell Crowe, and was introduced to the world with a trailer whose central highlight was a scene of Tom Cruise awkwardly screaming. Just next door to The Mummy is an adaptation of one of the most beloved anime films of the 90’s: Ghost in the Shell. To give some context, Ghost in the Shell began life as a comic series in 1989, and was adapted into a critically acclaimed animated film in 1995. The animated film was both incredibly influential and popular. When it was announced that a live action adaptation of Ghost in the Shell was in the works, fans of the manga, original movie, and continued television series were quite excited, that was until it the announcement that the main character Major Kusanagi was to the played by Scarlett Johansson. Now with the majority of the cast released, what were once hopes for an adaptation that would bring an excellent piece of science fiction to mainstream American audiences have become night terrors and fans begin to dream of electric Black Widows.

While it seems that 2017 is a year of sequels, prequels, and adaptation, there are some intriguing new ideas that have the potential to stand above the rest. Particularly among these originals are A Cure for Wellness and Dunkirk. The former is a psychological thriller that looks to be taking more than its fair share of influence from Frankenstein and 80’s body and monster horror. The latter is a Christopher Nolan helmed war film depicting the miraculous evacuation of 338,226 Allied soldiers from Dunkirk during the fall of France to Nazi Germany in 1940.

It is unfortunate that this pattern does not continue into the animation category. 2017 is seeing the release of two sequels to franchises that never needed them: Cars 3 and Despicable Me 3. The first is a gritty sequel about an old racer trying to keep up with a new generation, and the second a sequel to a series whose main characters have been gradually usurped by creatures that were originally made from corn kernels (I don’t consider Minions to be canon.) Then there is a third movie, one whose cast boasts TJ Miller as a face with legs and arms and Patrick Stewart as a literal piece of poop, one whose very subject and concept bring forth images of bad memes, late night texts, and incomprehensible jokes, this is, The Emoji Movie. Why it exists, from whence it came and what it wants we cannot confirm, but we knew from the moment we saw the poster that this would hurt like only the worst refuse of a Disney direct to video sequel.