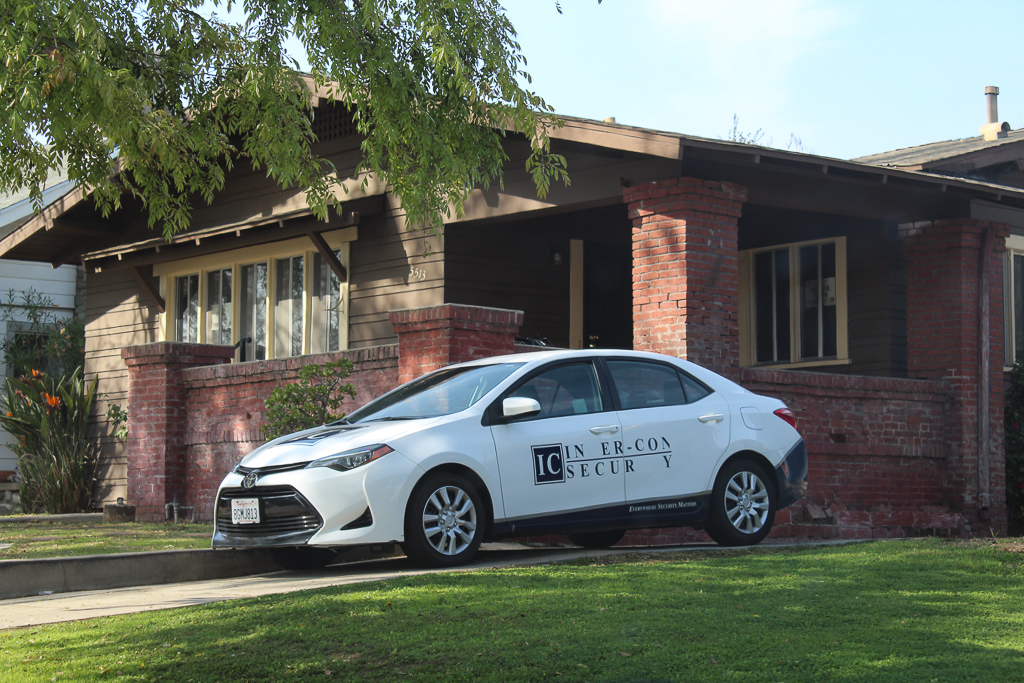 There are approximately 50 Inter-Con security officers guarding vacant Caltrans homes in a three to four mile area including parts of South Pasadena, in order to prevent unhoused residents from breaking in to seek shelter.

Community members have criticized the California Department of Transportation (Caltrans) for contracting with private security company Inter-Con to guard empty homes 24/7 rather than give them as housing to people experiencing homelessness during the pandemic.

Caltrans had previously paid the California Highway Patrol (CHP) to prevent squatters from illegally breaking into the houses starting around late December 2020. But in late January, Caltrans switched to a one-year contract with Inter-Con to save costs. Each Inter-Con officer is responsible for guarding several houses in the Alhambra, El Sereno, South Pasadena, and Pasadena area, creating a total of about 50 guards in a three to four mile radius. Some residents have taken to social media to express their belief that Caltrans is ignoring the needs of the community with its approach.

“Caltrans’ recent decision to use CHP [and currently Inter-Con] to guard vacant houses, at great expense to taxpayers, sends a strong message about the priorities of Caltrans and our local governments. Without question they are choosing property over people,” community member Matthew Barbato said. “By ‘guarding’ the houses, they want to avoid the bad publicity that comes with throwing families out on the street using militarized force.” 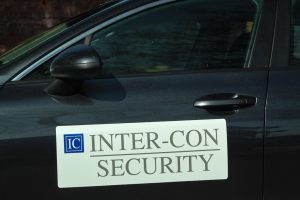 Private security company Inter-Con, which is headquartered in Pasadena, has replaced the CHP in guarding Caltrans homes 24/7.

Law enforcement and housing rights advocates have clashed during the pandemic, with the latter breaking into several Caltrans houses and creating residences for those experiencing homelessness. Confrontation has escalated to violence near some Caltrans homes on Lowell Avenue, south of Huntington Blvd, on the day before Thanksgiving.

However, many of those breaking into the homes were actually not homeless themselves, which has raised the question of the purpose of the break-ins. Caltrans stated that the usage of security officers is nothing new.

“Contracted security has always been in place to monitor the properties,” Caltrans spokesperson Michael Comeaux said. “Caltrans increased patrols of the homes after they were broken into, in an effort to protect the properties and help maintain public safety.” 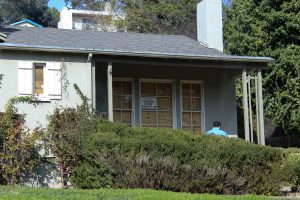 Inter-Con officers are each responsible for surveilling about three houses, and can call for the CHP if they need back-up.

In South Pasadena, there are Caltrans homes on Gillette Crescent, along Meridian Avenue south of Oak Avenue, on Valley View, and on Cambridge Place, as well as other neighboring streets. CHP vehicles are still occasionally visible patrolling the area, and serve as back up if the security personnel request it.

Caltrans bought the homes in the 1960s and planned to tear them down to build the 710 freeway extension, but that project was scrapped in 2018 after a decades-long battle. Caltrans began selling the houses in December 2016, many of which are in unlivable conditions, but this process has been slow due to requirements that former owners and current tenants be given first priority to buy them.

State Senator Maria Elena Durazo and Assemblymember Chris Holden have introduced legislation in an attempt to speed up the process by compelling Caltrans to adopt emergency regulations by June 1, 2022 and allowing municipal and private entities to buy vacant land from Caltrans, respectively. Caltrans is having Inter-Con and the CHP guard the houses while the department navigates property sales — a misuse of resources, according to local residents.

“It is frustrating that Caltrans is choosing to pay CHP officers, and now Inter-Con security, to guard these houses instead of investing in making them habitable,” community member Stephanie Stein said. 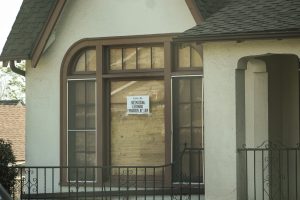 Many of the Caltrans homes are not in livable conditions. Some community members have called for the department to refurbish and sell or rent the homes to provide affordable housing during the pandemic.

The pandemic is expected to worsen L.A. County’s homelessness crisis for years to come, which has convinced some residents that Caltrans’ current actions are unethical.

“It’s unconscionable for Caltrans to continue hoarding so many houses and apartment complexes when we have such a need for affordable housing in this area,” local Christiana Miller said. “Even if they don’t want to sell the buildings, they should at least fix them up and rent them out. So many families get priced out of this area, and it’s rough on their kids to be suddenly pulled out of the only school district they know, and taken away from their friends, when their family can no longer afford to live here. We desperately need affordable rental options for people, and CalTrans could provide that, if they really wanted to.”

However, Caltrans has asserted that it is doing its part to house those who are experiencing homelessness.

“Caltrans has diligently been working with local governments to lease several of its available properties that are in a habitable condition, for use as temporary emergency shelters following repairs,” Comeaux said. “Recently, the Housing Authority of the City of Los Angeles signed a lease with Caltrans to use 22 vacant Caltrans-owned properties in the 710 corridor that were in good condition, for the city’s transitional housing program. Caltrans will continue collaborating with the city on addressing the housing crisis in Los Angeles.”

In South Pasadena, the SPPD is the primary agency responsible for homeless services, although recently community members have been at the forefront of aiding the local unhoused population. There has been widespread consensus that the underlying problem for homelessness is a lack of affordable housing, but residents have asserted that local governments are not doing enough in that regard.

“Reducing the cost of housing will be beneficial for people living in the US, and will decrease homelessness, especially during the pandemic,” SPHS sophomore Tia Guang said. “This trend that more and more people have to face homelessness angers me. Our government treats the homeless like pigs, and doesn’t care if they suffer. People don’t realize that the homeless are people just like us, and they have their own story to tell.” 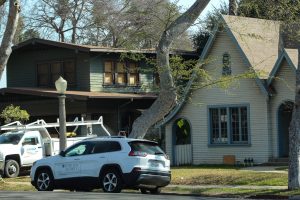 Although Caltrans began selling its properties in the 710 corridor in 2016, legal requirements have resulted in many of the houses remaining vacant in the department’s possession. State legislators have introduced bills aimed at speeding up the process.

The City of South Pasadena has not been involved with the buying or selling of Caltrans residential properties, but it is looking into the process.

“Upon the adoption of state legislation in 2019, and Caltrans’ existing desire to transition responsibility for maintenance and disposition of the surplus properties, the City is exploring how we might play a lead role to best ensure the desired outcome for each of the respective properties,” City Manager Sean Joyce said. “This could include demolishing abandoned and irreparably damaged structures and then working with a partner(s) to build affordable housing, rehabilitation of single-family and multi-family homes and renting or selling them at affordable rates, and other purposes to be determined at the conclusion of receipt of community input.”

The City Council also recently passed an urgency ordinance protecting renters from unjust evictions, but housing rights advocates have urged the City to do more to protect its most vulnerable residents. One example is raising the height limits on buildings to accommodate mandated affordable housing, a proposal the City Council voted to not put on the November 2020 ballot.

Caltrans is amending the regulations of its home sale process along the 710 corridor, after a lawsuit forced the department to reconsider its policies. The updated rules will need to be approved at in-person public meetings, which have not been scheduled.

Caltrans’ contract with Inter-Con will last one full year, until early 2022.