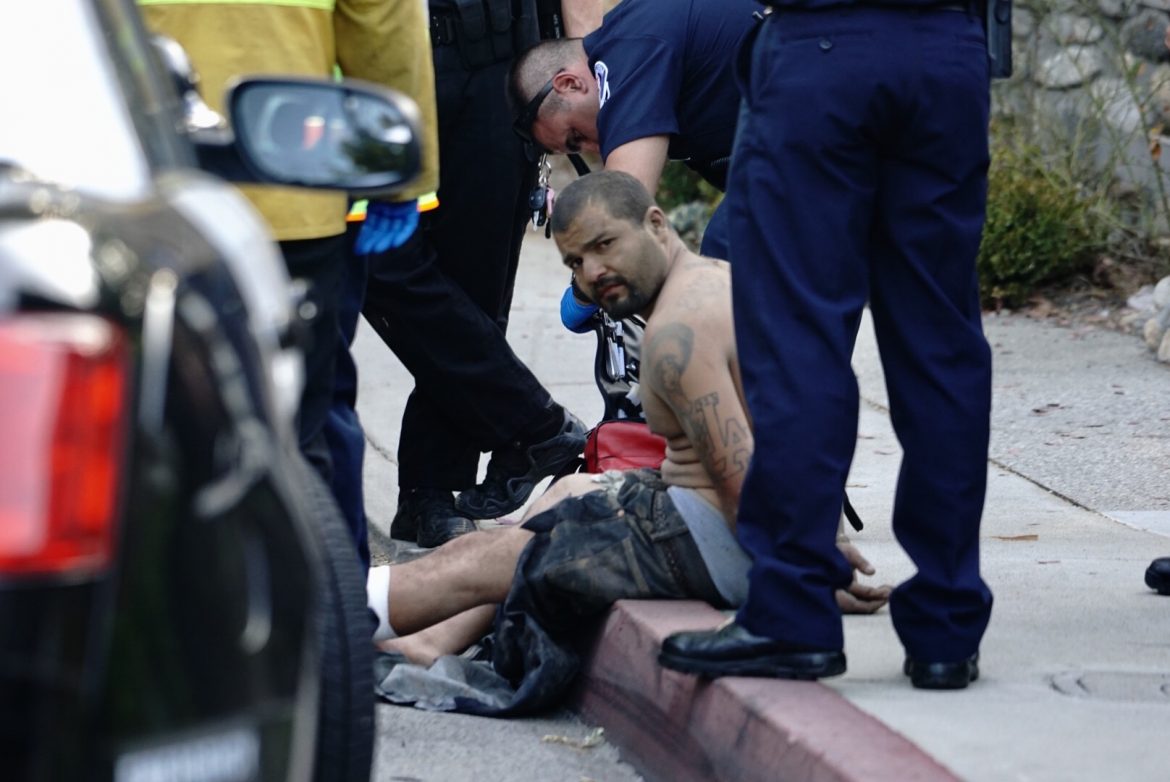 The suspect was detained after a two hour game of cat and mouse. After crashing a stolen car, a K9 unit found the man hiding under a house.

The Los Angeles Police Department (LAPD) chased a stolen car from Downey into South Pasadena Thursday evening. The two-hour pursuit ended with the suspect being found under a house on Martos Place off of Indiana Avenue. The suspect, a Hispanic male, was arrested and taken to a hospital after being bitten by a K-9 LAPD canine.

Dozens of police cars arrived at the scene, blocking off Monterey Road and Indiana Avenue with a restricted perimeter. Citizens were prevented from entering the restricted area and residents within the area were not permitted to leave their homes.

“My dad [said], ‘Stay inside, tell me if you hear anything! All I heard was the helicopters outside,” said junior Sofie Urbina, who lives on the intersection of Monterey and Indiana.

Officer Castaneda of the LAPD stated that the suspect turned onto Indiana Avenue and jumped out of the grey Porsche, followed by an on-foot pursuit from K-9 units. The area from Indiana Avenue west to Gates Place was quickly surrounded by police, forming a perimeter around the suspect. Police searched a house on Martos Place, a cul de sac, with the back door open and a window broken, the damage thought to have been done by the suspect.

“The suspect fled through the houses. [LAPD] had a K-9 unit come out and they made the arrest,” LAPD Sergeant Mireles said.

According to the same statement, the suspect was found hiding under a house on Martos Place. After the suspect was arrested the K-9 units returned down the hill on Indiana Avenue at 6:02 p.m.

During pursuit, the suspect was bitten on his thigh by one of the canines. South Pasadena paramedics treated the wound before taking him to a hospital.

Was this event on Wednesday as stated or Thursday?