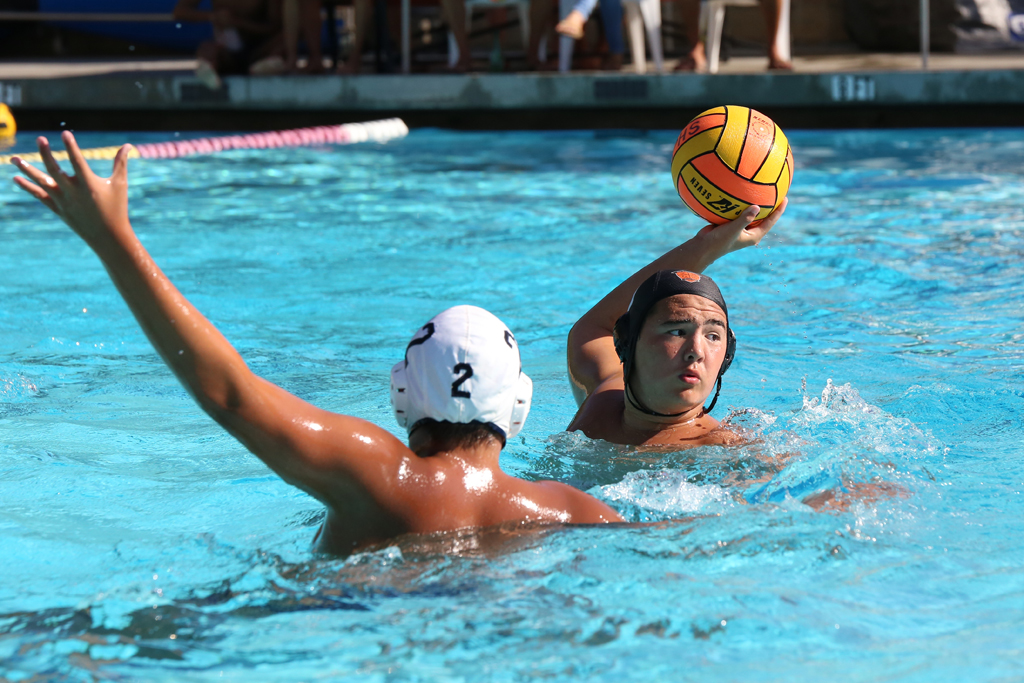 Boys’ water polo fell in its season opener against Flintridge Prep by a score of 9-3 on Thursday, August 24. Multiple turnovers and fouls enabled a skilled Flintridge Prep squad to consistently gain possession and take good looks at the Tigers’ net. When the Tigers generated chances on offense, they were often unable to capitalize, with several shots getting blocked by the posts or the Rebels’ goalie.

The Tigers started the first period with a heightened level of urgency and attention, as junior Philip Lee catapulted a shot that was barely deflected by the opposing goalie’s left hand. Later on, freshman Dominic Kline flung another strike that deflected to Lee, who was denied by the post. Unfortunately for the Tigers, the solid start halted after the ejection of Kline. Flintridge Prep quickly took a 1-0 lead as freshman goalie Liam Markus was beaten by a precise shot from the left side. Sophomore Evan Kowal tied the game seconds later, rifling a fast, accurate shot to the bottom left corner of the net. Excluding another goal by the Rebels, South Pas put significant pressure on the opposing players, subsequently subduing Flintridge Prep’s offense for the rest of the quarter.

In the second period, the game opened up, and gaps began to appear in both defenses. Flintridge Prep hit the post twice and a South Pas opportunity at the goal line nearly tied the game at two. Despite the Tigers’ efforts, the Rebels were the first to score again, with well-placed strikes and a penalty shot allowing them to extend their lead to 5-1 before halftime. Advice and enthusiasm during the break from SPHS coaches seemed to take effect immediately in the performance of the players, with an early, impressive goal by Kowal boosting the hope of a comeback victory. Unfortunately, Flintridge Prep retained control of the game, and the Tigers were unable to establish any lasting offensive presence for the rest of the period.

Due to steady ball movement and precise shooting, the Rebels held a significant lead of 9-2 entering the fourth period. Finishing strong, the Tigers didn’t let the deficit increase in the final 12 minutes, playing tough defense and forcing a few turnovers. Markus ensured nothing got past him, making many quality saves while throwing precise passes to his teammates in transition. In the last few minutes, senior Jasper Lee managed to steal the ball and score a superb goal on a breakaway. After a couple of South Pas scoring chances, the buzzer sounded, ending the game with a score of 9-3.

Although the loss was tough for the team, the Flintridge Prep squad is a formidable, CIF-tested team. The young South Pas club hopes to improve as practices increase and the squad coalesces in a game environment.

“I thought it was just a really disappointing game. Honestly, for me and the team, I didn’t think we were prepared for the adversity. We’ll get back at it in practice,” Kowal said.

Boys’ water polo will compete in their second game of the season on Tuesday, August 29, at home against John Burroughs High School.