Top Posts
D.A.’s office to investigate fake, online identities
Teachers voice concern over adopted learning models
Community may get a chance to vote on...
SPUSD outlines plans for distance learning during the...
Anti-Zionism cannot be equated with anti-Semitism
Anything goes?
L.A. complies with statewide protections and improvements for...
LARPing: an activity to experience the game beyond...
Residents voice encounters with the SPPD at virtual...
Why affirmative action is necessary
Home Community Pasadena commemorates victims of the Holocaust with “Every Person Has a Name” 24-hour reading
CommunityNewsWeb Exclusive 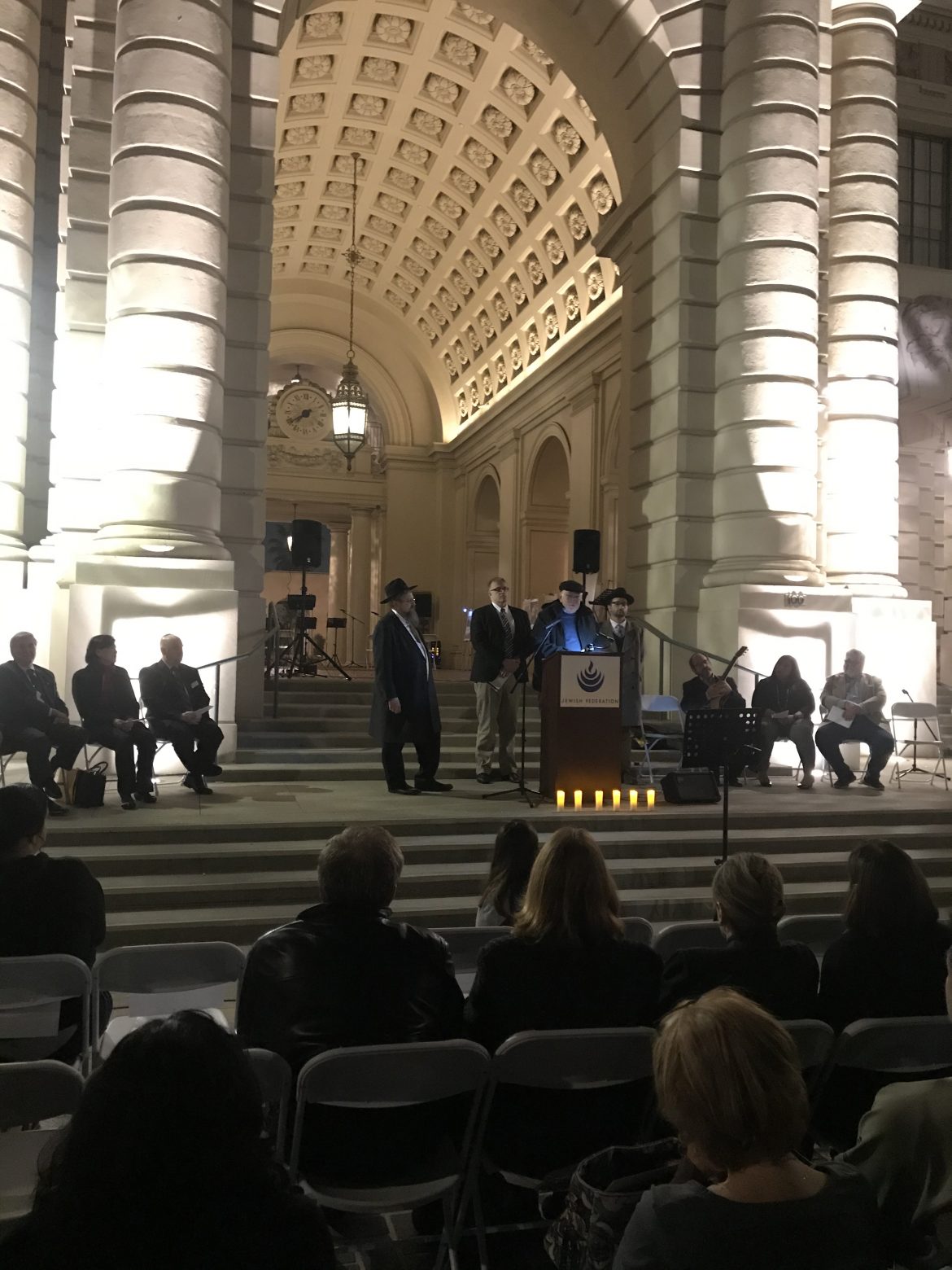 Residents of Pasadena gathered at the Pasadena City Hall, reading aloud the names of those lost in the Holocaust.

Local representatives and community members gathered on the steps of Pasadena City Hall to commemorate the victims of the Holocaust, on Saturday Jan. 25. The Jewish Federation hosted Every Person Has a Name, a 24-hour reading of the names of people who were killed in the Holocaust.

The ceremony lasted from 8 p.m. on Saturday to 8 p.m. on Sunday during which 150 volunteers read the names of approximately 7,000 of the six million Jewish people who were murdered by the Nazis. In addition to the names, the victims’ birthplace and year as well as death place and year were shared.

Several community representatives and local rabbis spoke about the value and relevancy of the reading of Holocaust vicims, especially with anti-Semitic violence on the rise in the US. In October 2018, the Tree of Life synagogue shooting in Pittsburgh rocked the American Jewish community.

Accompanying the continuous reading of names is an exhibition from Yad Vashem, Israel’s Holocaust Center, called Shoah: How was it humanly possible? The display provides background on the Holocaust and the events leading up to it, highlighting the hateful rhetoric and propaganda that led to the genocide.

Every Person Has a Name coincides with International Holocaust Remembrance Day on Monday, Jan. 27 and aims to ensure that society never forgets the tragedy of the Holocaust.

“[Thank you to] all of you here tonight for helping us keep the memories alive and remembering that every single person has a name,” San Gabriel Valley Jewish Federation Executive Director Jason Moss said. “May their memory and their names forever be a blessing.”