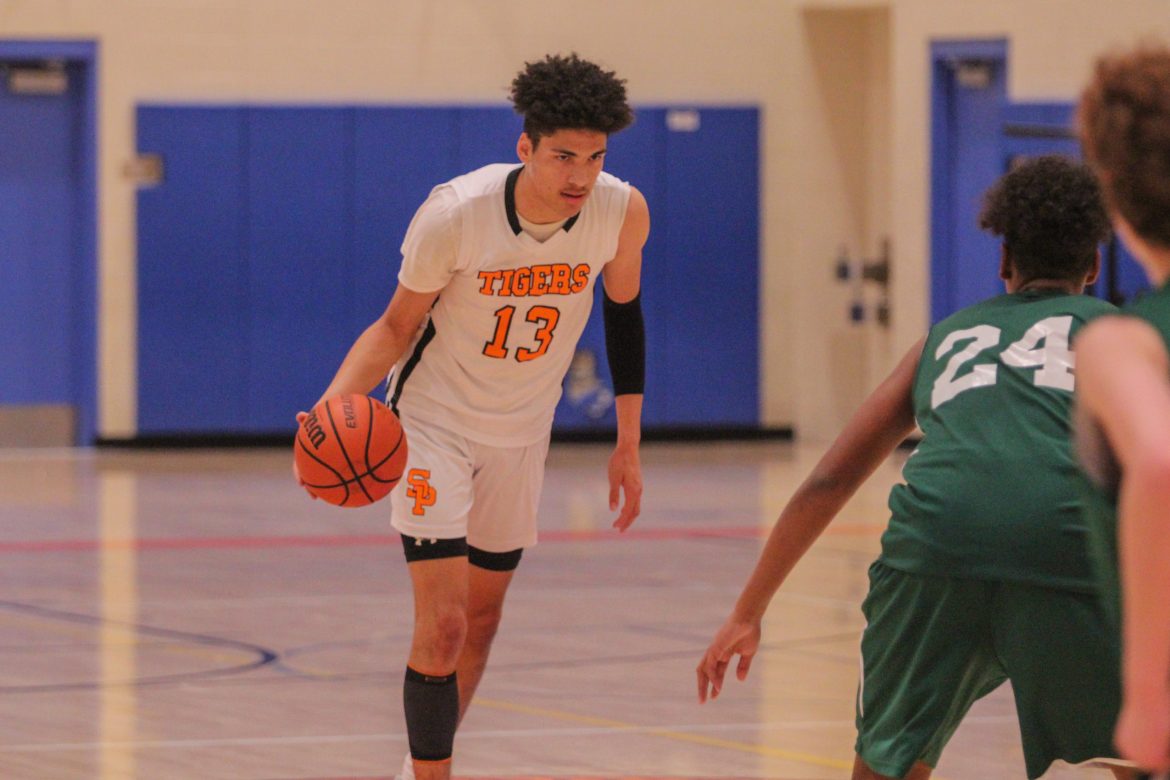 With his second 40-plus point game in a row, senior Billy Reed III led the Tigers to its fourth league victory.

The Vikings put up a tough fight and for much of the game, the teams traded the lead back and forth. In the end, however, South Pas pulled through and sealed the win as senior Billy Reed III scored a whopping 45 points.

With a clear height advantage, Reed dominated early in the first. He snagged offensive rebound after rebound and followed each with a layup.

But just as the Tigers were gaining a significant lead, Blair demonstrated strong shooting capabilities and cut the South Pas lead to 8-5.

The first quarter continued in a repetitive pattern: Reed would sink easy inside shots and Blair would respond with a variety of jumpers. However, a late Tiger push towards the end put the first quarter score at 24 -18.

Turnovers prevented the Tigers from scoring early on in the second quarter and the lead they had built slowly faded away. About a minute into the quarter, however, South Pas, sensing an urgency, heightened their offense. Depending on Reed’s layups and free throws for the rest of the quarter, regained their lead. A three pointer from sophomore JJ Kim sealed the first half score at 45-39.

Senior Alan Quan kicked off the third quarter with a layup and junior Amar Ebraham followed with a midrange jumper. But, Blair returned right back with a stream of aggressive attacks offense. The pace of the game ramped up and by the end of the third quarter, Blair jumped ahead by one point, 62-61.

The teams continued to race down the court, responding to the other’s scores. Blair started to gain momentum, continuously weaving through the South Pas defense and drawing fouls. With 25 seconds left in the game, the Vikings held a 77-76 lead.

Rising to the occasion, Reed put South Pas on top and banked in a shot on the left block. With 0.6 left in the game, the Tigers made a defensive stop to get the ball back and Quan coolly drained two free throws to ensure the win.

In a last-ditch attempt, a Blair full-court shot sailed past the rim and the Tigers hung on for the 80-77 victory.

The Tigers will compete against Santa Fe on Saturday, Jan. 25.