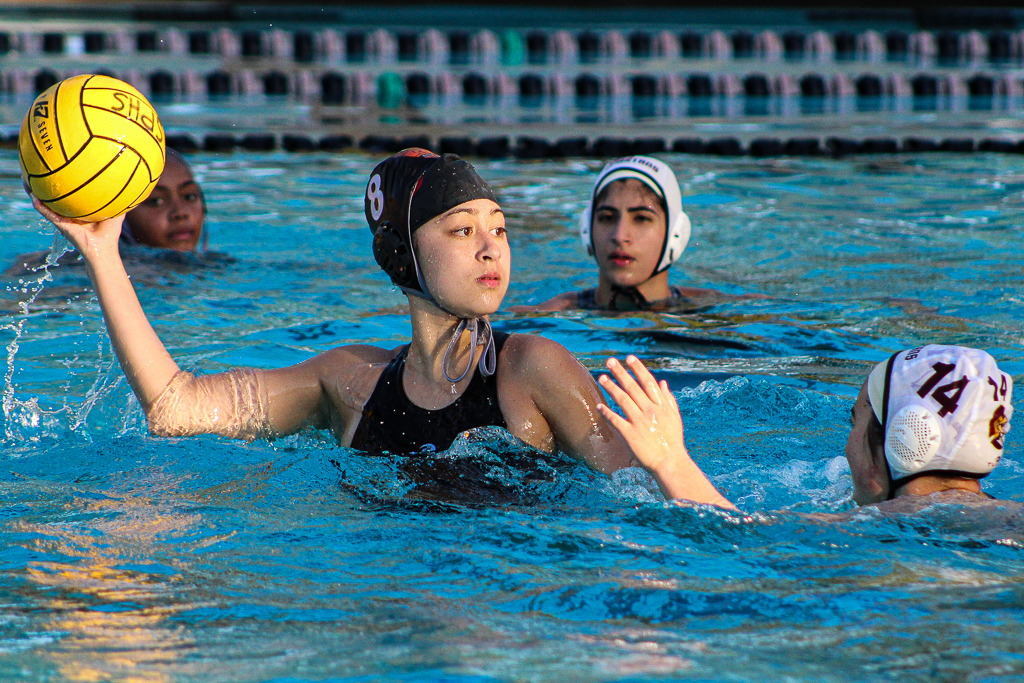 After losing 13-9 to the Spartans in their first league matchup, the Tigers fell 9-7 in a tightly contested game.

The Tigers showed a lack of energy in the beginning, with their opponents speeding past them. However, they retaliated, bringing the score to a tie towards the middle of the fourth quarter. The Spartans, however, quickly scored twice in the last few minutes, winning the game.

La Cañada started off the game with a strong shot into the goal, setting the tone for the first quarter. With the Spartans’ powerful pressing, they constantly pushed the Tigers back, displaying an impenetrable line of defense.

Deep in their own territory, freshman Grace Markus and junior Emma Kucera swung the ball back and forth. Finally, Markus flung the ball into the right hand corner of the cage, marking the Tigers’ first goal of the game. Just 20 seconds after, senior Kili Dickinson added another point to the scoreboard with her surprise attack from the side of the cage.

Despite the two Tiger goals, the Spartans had all the momentum and entered the second period with a 4-2 advantage. The Tigers tightened their defense; junior Amanda Kanaly lunged up to block a Spartan’s shot and a quick save from junior Gloria Gray prevented La Cañada from an attempted rebound shot.

Kucera continued to calmly direct the South Pas offense and Kanaly found space for a score. The quarter to progressed at a faster pace, but didn’t result in more goals, as the Tigers remained behind by two, 6-4, at the end of the first half.

The Tigers jumped out of the break as an entirely different time. Sophomore Monet Cajayon turned the tables around and netted the first goal. South Pas, energized and locked in, sparked many La Cañada turnovers.

As the Spartans lost sight of the Tigers’ off-ball movement, freshman Allie Lee swam behind La Cañada, received the ball, and slammed it in. After Lee’s shot, both teams abandoned defense and push forward in hopes to outscore the other side.

Kanaly stayed near the cage to support Gray, but La Cañada was unstoppable and increased its aggressive approaches to break the tie. Kanaly and Gray felt immense pressure and their outreached hands could not prevent the spinning ball from hitting the back of the cage. With their hopes of winning diminished, the Tigers’ momentarily dropped their defense line and the Spartans snatched this moment to score once more.

With only a few seconds left, the Tigers pushed the opposition back and attempted to seize back the ball. However, La Cañada’s goalie caught their last shot in midair, concluding the game 9-7 with the Spartans victorious.

“We played really well this game and proved to be a serious competitor against La Cañada,” Kanaly said. “Our team morale was definitely elevated since we knew what to expect and how to compete at a higher level. The only thing we struggled with was our mindset towards the end of the game. We were playing in the fear of losing rather than in the hopes of winning.”