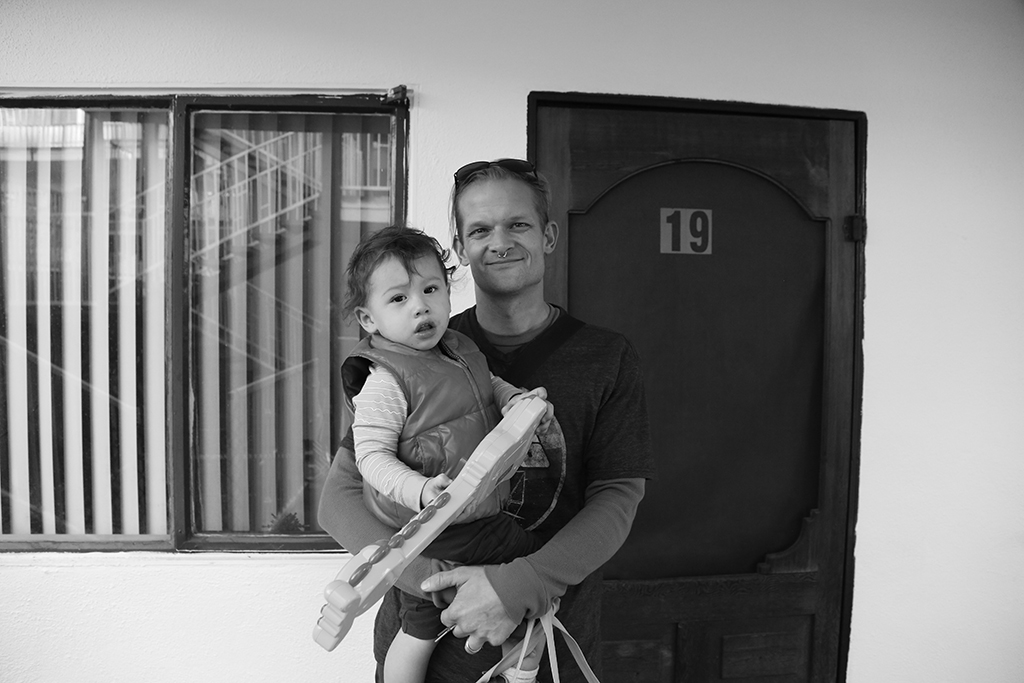 The rising cost of housing in South Pasadena is making many reconsider whether they can afford to live in the city. This was the case for South Pas resident Samantha Dorman, who, on September 30, received a near 50 percent increase to her rent for her apartment on Amberwood Drive after the property changed ownership. Dorman and her neighbors organized in reaction to the increase, drawing attention from the city and other residents. They managed to get city officials to meet with residents from Amberwood, as well as its landlords, and negotiate a compromised rent increase.

The Amberwood incident tapped into the anxiety of many middle and lower class households, and has become the catalyst for a push for change within South Pasadena. Dorman’s experience led her to co-found the South Pasadena Tenants Union, which led the campaign against the increase on Amberwood. The rent increase compromise that was reached did not mark the end of the organization’s action; they are now campaigning for laws to protect renters, particularly those who cannot afford the increasing cost of living in South Pasadena. Pressures on the city council have led council members to form an Ad Hoc committee, which is currently investigating the feasibility of rent control in South Pasadena. If implemented, rent control ordinances would cap the amount landlords could increase rents, and protect tenants from arbitrary evictions. The Ad Hoc committee became officially active at the end of the last December 7 City Council meeting.

John Srebalus, who, along with Dorman, heads the Tenants Union, explained that rent control would be a small tool in attempting to aid the larger housing crisis that Southern California is experiencing. A 2014 UCLA study identified Los Angeles as the most unaffordable housing market in the country. In South Pasadena, the tightening housing market combined with the highly sought after public schools is dramatically increasing the costs of rent. The average two-bedroom apartment in South Pasadena is $2,840 a month, up from $2,297 two years ago, according to Zillow.

For many, the quality education in South Pasadena is worth the burgeoning rents. Marta Jerebets, a junior at SPHS, moved into a one-bedroom apartment with her mom in South Pasadena in order to enter kindergarten in the school district. Jerebets is now the kind of student that real estate agents boast about when they discuss the schools in South Pasadena; she takes four Advanced Placement classes, and has a 4.0 GPA. However, past rent increases have forced her mother, the only income earner in their household, to reconsider whether they could stay.

“In a family where my mother is the only one earning a paycheck for the two of us, I would say approximately 40% goes to the rent, which is ridiculous considering we live in a one-bedroom.”

The National Center for Child Poverty defines households that spend 30 percent or more of their income on rent as “rent burdened.” The Jerebets are among the 42 percent of South Pasadena renter households who are rent burdened, according to the Census Bureau. As the trend of increased housing costs and stagnant wages persists, the rent burdened population is likely to increase.

Many call what is happening in South Pasadena gentrification; others call it appreciation. Over the possibility of rent control, the two sides have deeply vested interests in either making it a reality or striking it down. The city of Los Angeles, West Hollywood, and Santa Monica are rent controlled municipalities that the ad hoc committee will be looking closely as examples. In Los Angeles, rent increases are capped at three percent annually. Whether ordinances in those communities have had a positive effect or not is debated.

“The real problem for a place like South Pasadena is that it’s a tiny area in a large region,” Green said over the phone.

Green argued that rent control decreases mobility because people stay in their units longer under rent control, worsening the rising housing market in the long run. He also argued that rent control discourages landlords from maintaining and updating their properties. Green stated that the only sustainable solution to the housing crisis is to simply develop more high density housing, increasing supply for the overwhelming demand.

South Pasadena city officials have been pressured to answer state mandated guidelines to bolster affordable housing in the past. From 2006 to 2014, the city management department outlined a plan to assist the development of 64 units designated for low and moderate income housing, as well as Acquire and rehabilitate one unit to be made available as affordable housing.

The South Pasadena Tenants union looks to two possibilities for rent control ordinances to be realized. Either the city weighs the interests of renters, which make up more than half of the city’s population, with that of landowners, or the Union gathers enough signatures to put a ballot measure of their own on an upcoming municipal election.

“I think [the City Council] is aware that whether they act or we act, somebody is gonna act,” said Srebalus, sitting outside of the South Pasadena Public Library with Dorman and her daughter. “The fact of the matter is that people’s lives are being upended with some of these rent increases, and it’s really about protecting these people.”

Council members outlined trajectory of the rent control Ad Hoc committee at the December 7 city council meeting. Despite the pressures surrounding the topic, the committee made clear that the analysis process would take months to complete.

“The expectations of some of the renters may not be realistic… You have to deal with what they think they’re gonna get out of this,” commented council member Richard Schneider.

Ad Hoc committee member Marina Khubesrian considered the dilemma of South Pasadena renters, and weighed their anxieties against the skepticism of other council members.

“There’s a lot of fear and anxiety with our renters because of economics,” Khubesrian said, near the conclusion of the meeting. “Many of them might be asking, ‘what if what happened on Amberwood happens to us?’”