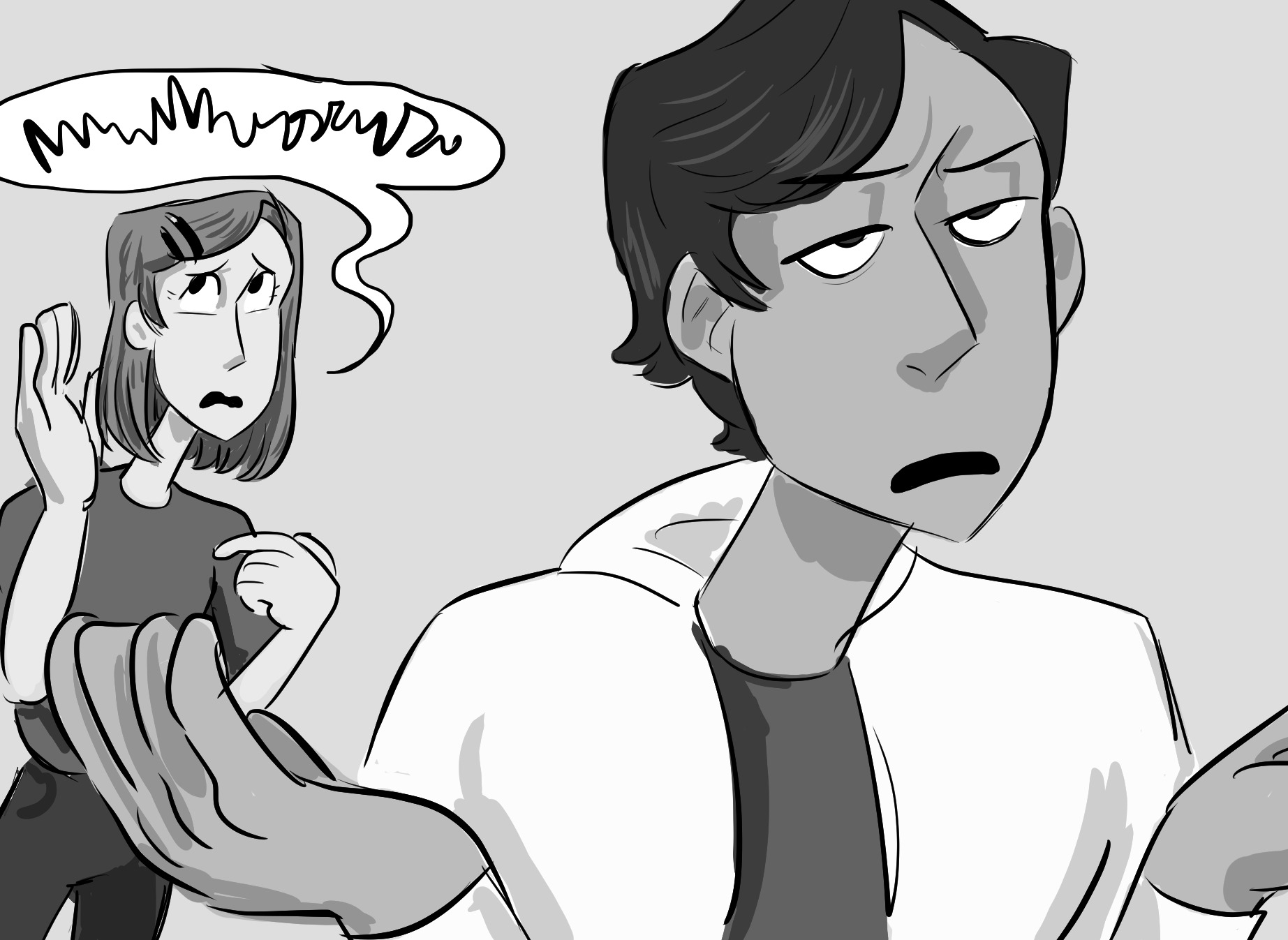 The real-life effects of society’s gendered acceptance of emotions

I have been called dramatic my whole life—the nick-name “Dramelia” was coined when I was seven and my family has used it ever since. At times I’ve been wholly deserving of the title, like when I used to cry when I was forced to clean my room. Objectively, that is dramatic. But sometimes the word isn’t just a family joke. Sometimes I am called dramatic when my emotions apparently burden those around me. This word is not always explicitly used; it can turn up in worn out sighs and eye rolls.

Women like myself, who frequently or openly express their emotions, are often dismissed as “dramatic.” The classic teenage girl cries all the time, irritating and draining energy from those around her. She is a burden; she is decidedly dramatic. On the other hand, men are told from youth to suppress all emotion. Men are not called dramatic because they are not welcome to express emotion. This emotion-policing affects people of all genders; those falling anywhere on the spectrum are torn between the extreme dismissal of female emotions, and the forced nonexistence of male ones.

A study from the University of Maryland, titled “The Girl Who Cried Pain” discovered that even though “women more frequently report pain to a health-care provider [than men], they are more likely to have their pain reports discounted as ‘emotional’ or ‘psychogenic’ and, therefore, ‘not real’.” This can have dire consequences: when I brought up the issue to my friends, many shared stories of a misdiagnosed female friend or relative who suffered in the ER for hours when they really needed emergency medical treatment. The reason? Female pain is seen as unimportant, constructed, and melodramatic. In fact, the study found women must “prove that they are as sick as male patients” to receive appropriate treatment. This is called the Yentl Syndrome, and is a direct result of sexism. Furthermore, the idea that men’s illness must be incredibly severe to even go to a doctor reaffirms that expressing pain is weak and feminine.

The phenomenon extends itself into everyday life. When I am upset or in pain, I usually want validation that what I’m feeling is okay. Calling me overly emotional or moody is counterproductive. I end up spending more time policing the way I present my emotions than attempting to heal myself. When I begin to believe my emotions are excessive and unjustified, I ignore my mental health. In times where I could really use someone listening, I have bitten my tongue in fear of being dramatic. I know that I shouldn’t conform to this ridiculous standard, but the reality is that I and many other women must do so for self-preservation. Telling women that they are overly emotional directly discredits their thoughts and feelings.

This is apparent in the discussion of issues specifically affecting women and female-bodied people; “taboo” topics such as miscarriage, menstruation, abortion, and the effects of sexism are stigmatized to silence. Those who struggle with these issues often feel alone because the effects of this patriarchal policing are ever present; there are few spaces where people are able to openly discuss these topics.

Society’s treatment of inherently “female” feelings marginalizes the emotions of the female experience. Concurrently, the treatment of “male” feelings silences generations of men. If people of all genders were quick to point out this injustice of expression, the physical and emotional health of all would be better protected.