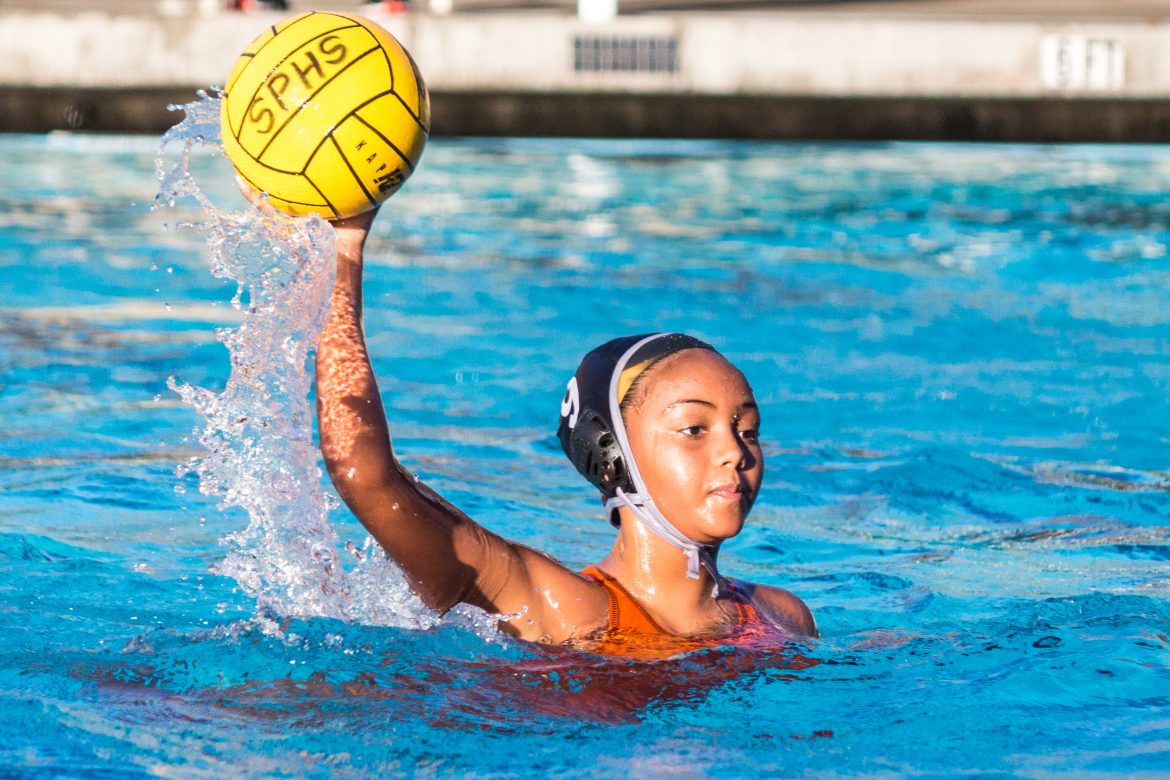 Freshman Amanda Kamaly draws the ball back to shoot at the goal. Her turnover and score showed South Pasadena's depth, as the team thoroughly dominated its opposition. The team's record now stands at 2-0 in league and 6-0 overall.

Throughout the game, the South Pasadena defense overwhelmed the Monrovia offense, forcing turnovers by stealing the ball or causing time violations. When controlling the ball, the Tigers demonstrated their skill by passing the ball around until the possession time was close to expiring, at which point they would rocket the ball into the net.

Just seconds into the game, junior Sydney Shettleroe opened the competition, firing a shot to give the Tigers a 1-0 lead. Freshman Amanda Kamaly stole the ball and efficiently placed a ball into the upper left corner of the net in South Pasadena’s next possession. For the rest of the half, the Tigers relied heavily on more experienced players, as teammates often sent the ball to seniors Hayden Carlson, Sumiko Rudisky and Shettleroe who consistently delivered successful shots past the Monrovia goalkeeper. South Pasadena’s offensive prowess and defensive quickness resulted in a 10-4 South Pasadena advantage going into the second half.

Rudisky and junior Alison Lao used their strong shooting abilities to increase South Pasadena’s commanding lead in the beginning minutes of the second half. Shettleroe contributed to the lead by launching an additional shot into the goal before senior captain Marta Jerebets put the Tigers up 15-4 with a steal and assist to Lao who completed the play with a top left corner goal. In the fourth period, the Tigers’ defensive dexterity was displayed by numerous exclusions against Monrovia and only one Wildcat goal. Jerebets sent a final shot past the Monrovia goalkeeper with 30 seconds remaining in the game, closing with a 17-6 victory over Monrovia.

“I think we are well prepared going further into league, we have been working really hard and pushing ourselves and each other to be as good as we possibly can. I think we’ve been working hard enough to confidently enter the season.” said Rudisky.

Girls’ water polo hopes to maintain its momentum heading into its second league game on the road against rival San Marino Titans.