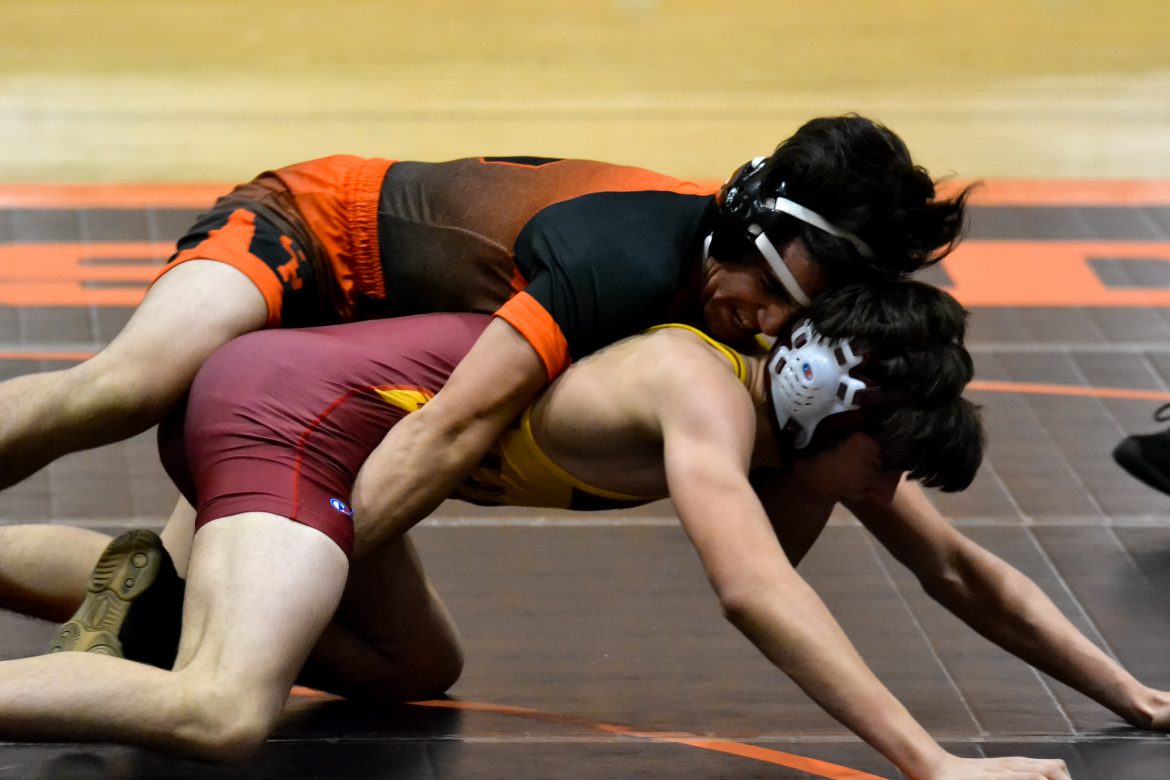 The varsity wrestling team lost its second duel of the season against La Cañada on Thursday, January 11, bringing the team’s record in league to 0-2. Although the Tigers put some points on the board during the lower weight classes, it was not enough to make up for a series of hard losses later on in the duel.

The match was kicked off by junior Justin Tang, 106 pounds of pure aggression, who promptly launched a brutal assault on his Spartan opposition. With a series of swift takedowns and near falls, Tang thrashed his opponent across the mat, bringing the Spartan to tears and securing four points for the Tigers. Junior Seung Ham followed up on his teammate’s victory, holding his own in the 113-lb class. Ham showcased his aggression and agility from the first blow of the whistle, landing several takedowns. The La Cañada opponent soon caught up to speed, engaging in a hard fought brawl which eventually resulted in a South Pasadena victory and three additional points. 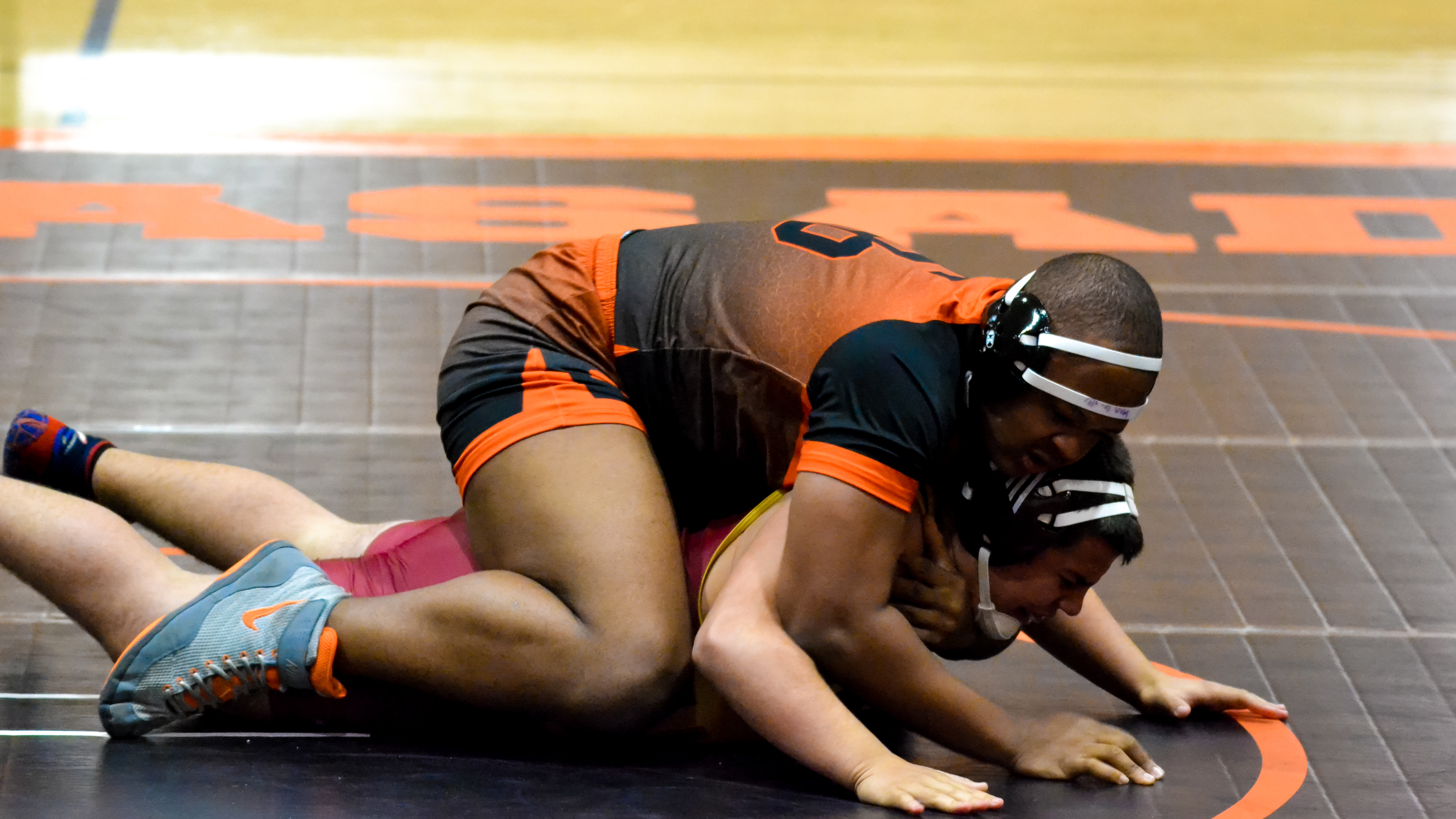 Senior captain Irvin Perez’s match however, was anything but a competition. Perez teased his opponent like a fisherman reeling in a tuna, conceding to an escape or two in favor of a clean fall from his opponent. Perez spared the pleasantries and secured six points for the Tigers 1:48 into the first period. Senior Nate Martinez followed suit, dancing around the mat before raining down on the man opposite himself. After a competitive fight, Martinez contributed another three points to the scoreboard for South Pasadena.

With the Tigers still leading 16-0, sophomore Chris Kim furthered the lead with a strong fight in the 132-lb class. The La Cañada wrestler was never able to find an advantage over the fierce Tiger. After a brief intermission for a bloody nose, Kim returned to finish what he had started with an epic pin and another six points for the Tigers. 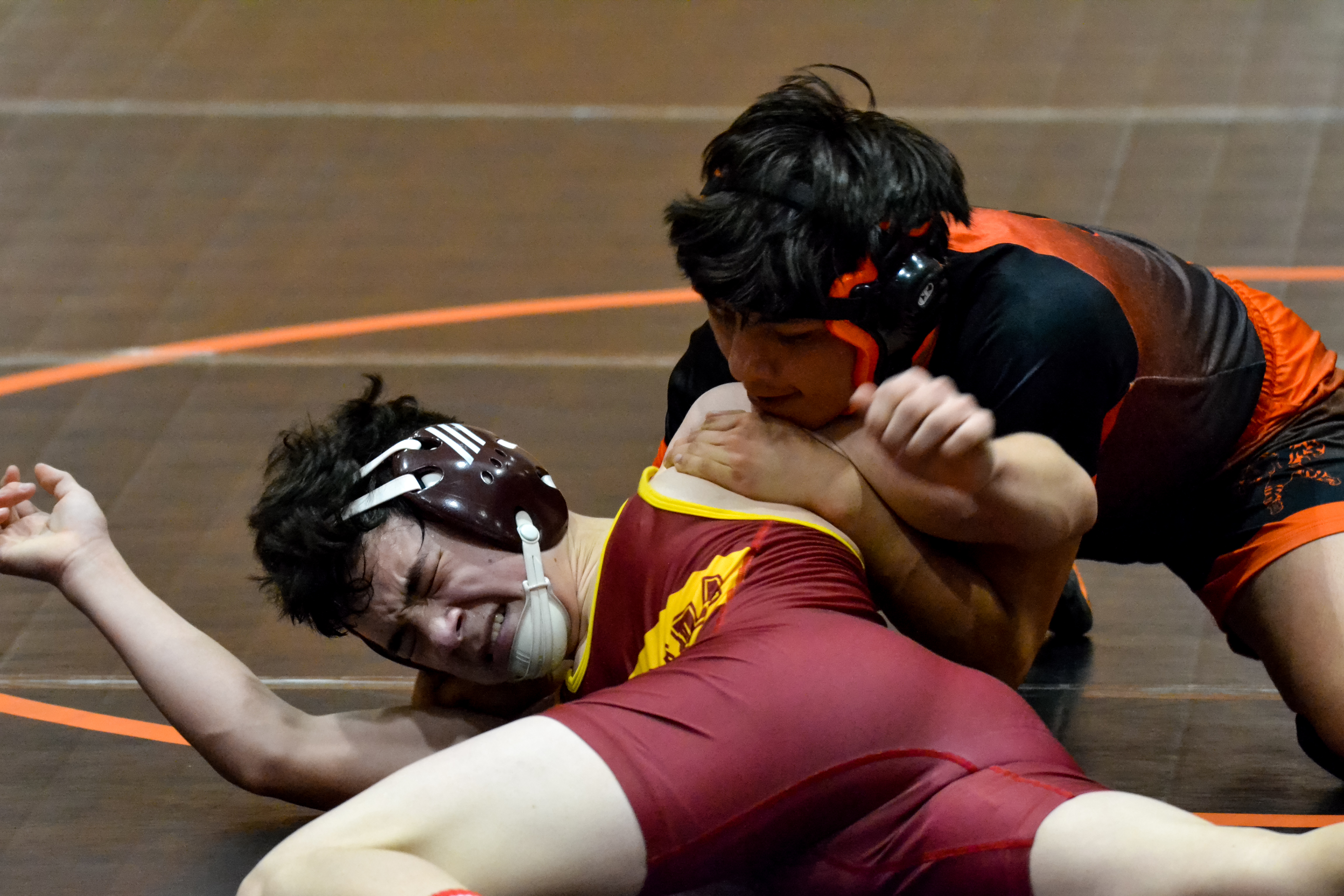 A bye in the 138-lb class and a quick pin by La Cañada in the 145-lb division quickly put the Spartans on the board. This momentum was interrupted by senior captain Sebastian Chien in the 152-lb class. Chien asserted his dominance in the first few seconds of the match and nearly pinned his opponent before time ran out. A quick La Cañada fall in the second period advanced the Tigers by six more points, but it was not enough to keep them in the game.

Byes by the Tigers in the 170 and 195-lb classes coupled with falls in every other class halted South Pasadena’s grab for victory with a final score of 48-28. The team’s next duel will be against Hoover High School on Thursday, January 18 where the Tigers hope to claim their first victory.